Evangelical megachurch minister Kenneth Copeland is asking his followers to send him money to fight “socialist cow burps.” He preached the message of Christly gas to his congregation last Sunday and received a standing ovation.

Reverend Copeland pointed to scientific research regarding and their burps. It turns out cows produce the greenhouse gas methane when they pass gas. Scientists are exploring ways of limiting the amount of methane in such gastrointestinal events by adding seaweed to their diets.

UNH will work on the two projects to study dairy cows in collaboration with other institutions like the University of Vermont and Colby College.

One will focus on organic dairy farms, where feeding cows kelp meal is already a common practice, according to UNH. Scientists will study different species of seaweed that cows could consume.

The other will investigate conventional dairy farms, and the way algae-based feed might impact the quality of milk and the sustainability of the industry.

“God wants my milk with a godly amount of methane!” Reverend Copeland yelled during the service. “In the Holy Spirit, we denounce seaweed in grain feed!”

Professor Andrew Canard teaches at Miskatonic University and studies idiots. He’s been studying Copeland for quite some time. “This guy will do anything to keep the money coming in,” he said.

In related news, Fred reveals the truth about evangelical Christianity. 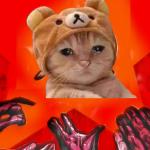 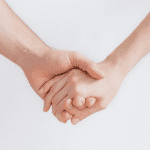