Ever since JFK didn’t appear in Dallas, the QAnon faithful’s newest theory is that a jar of Claussen Dill Pickles sitting on aisle 8 at a Market Basket in Somerville, Massachusetts is the 35th President of the United States of America.

Shoppers at the Market Basket are reporting an upsurge of violence on aisle 8. QAnon adherents are accusing other foodstuffs of being part of a satanic pedophile ring.

“I have a dream,” said QAnon scholar Mike “The Brain” Davis, “that everyone asks Not what my country can do for me, but what this jar of pickles can do for the country?”

Professor Andrew Canard teaches Dunning-Kruger Studies at Miskatonic University. He draws comparisons between evangelical Christianity and QAnon. “Evangelical ministers are always failing. Whether it’s Ronald Reagan being the antiChrist or gay marriage heralding the end of the world, they are consistently wrong and their flocks just don’t care. It’s the same with Q.” 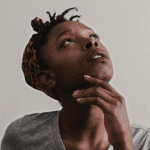 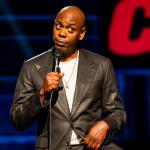