Five jobs a Creationist can’t do

This blog is littered with absurdities from Accelerated Christian Education, some of them involving mythical beasts or the denial of basic physics. But does it matter how old the world is? On a day-to-day basis, it doesn’t make much practical difference how long you think our planet has existed. Why not let Creationists teach whatever they want?

If there are grounds for regulating what gets taught in private schools, it must be because of substantive harm to students. I argue that ACE causes this kind of harm. It limits children’s future, because if they do what ACE says, huge areas of study are closed off to them. In fact, this post would be better (but less catchily) titled:

You knew this one, right?

While we’re on the subject, belief in a universe younger than 10,000 years also cripples large parts of geology, cosmology, astronomy. And if you start claiming, as some YECs do (and ACE implies) that the speed of light has changed, bad stuff starts happening to physics as well.

Pretty obviously, if you deny the Earth is older than 6,000 years, studying stuff which happened 7,000 years ago becomes… tricky. Here’s ACE (in Science PACE 1109 – a Year 11 unit) denying the history of the Bronze and Stone Ages: 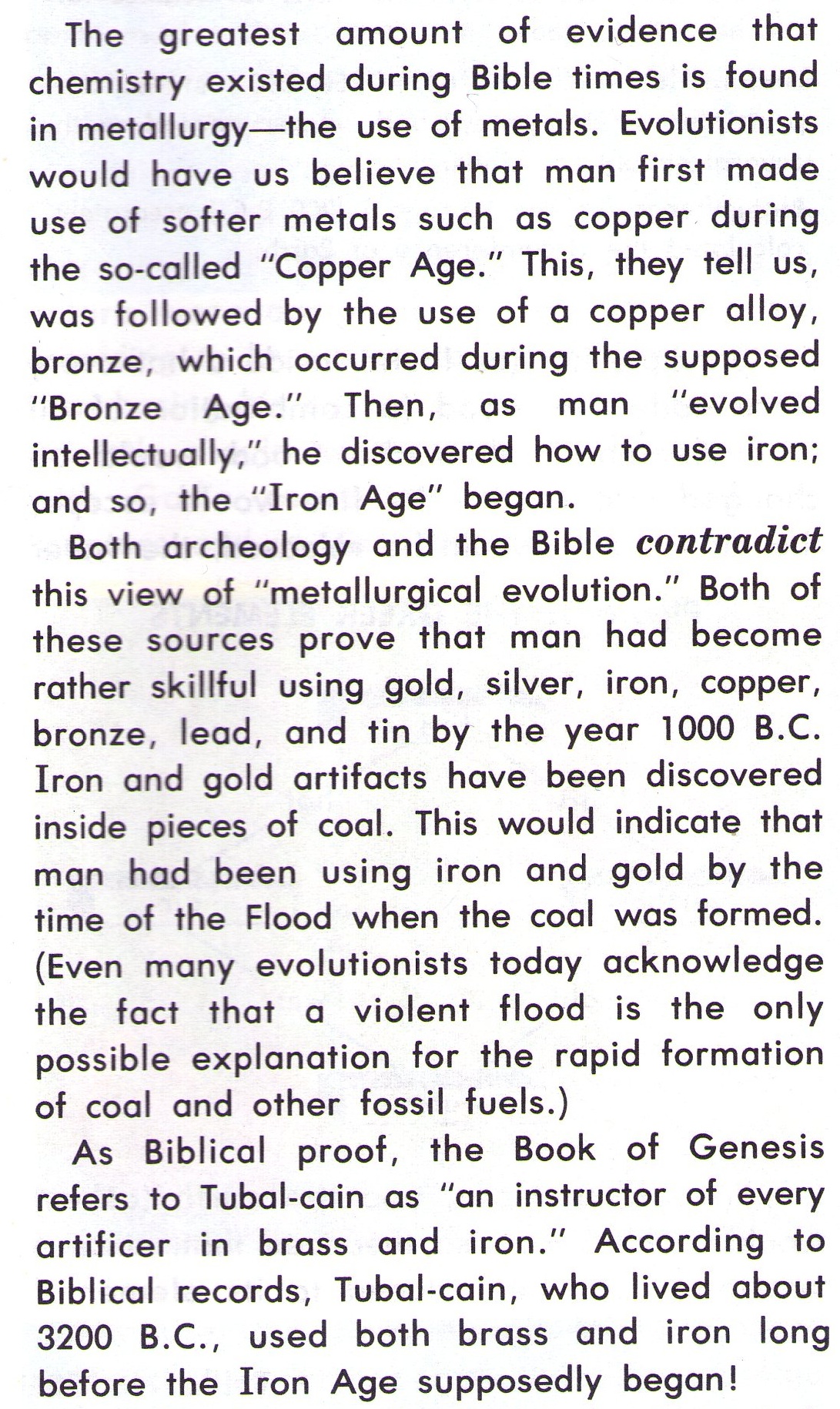 Models of language development don’t fit with the Book? Throw ‘em out. This is from English 1097 (Year 10). As with all these images, click to enlarge. 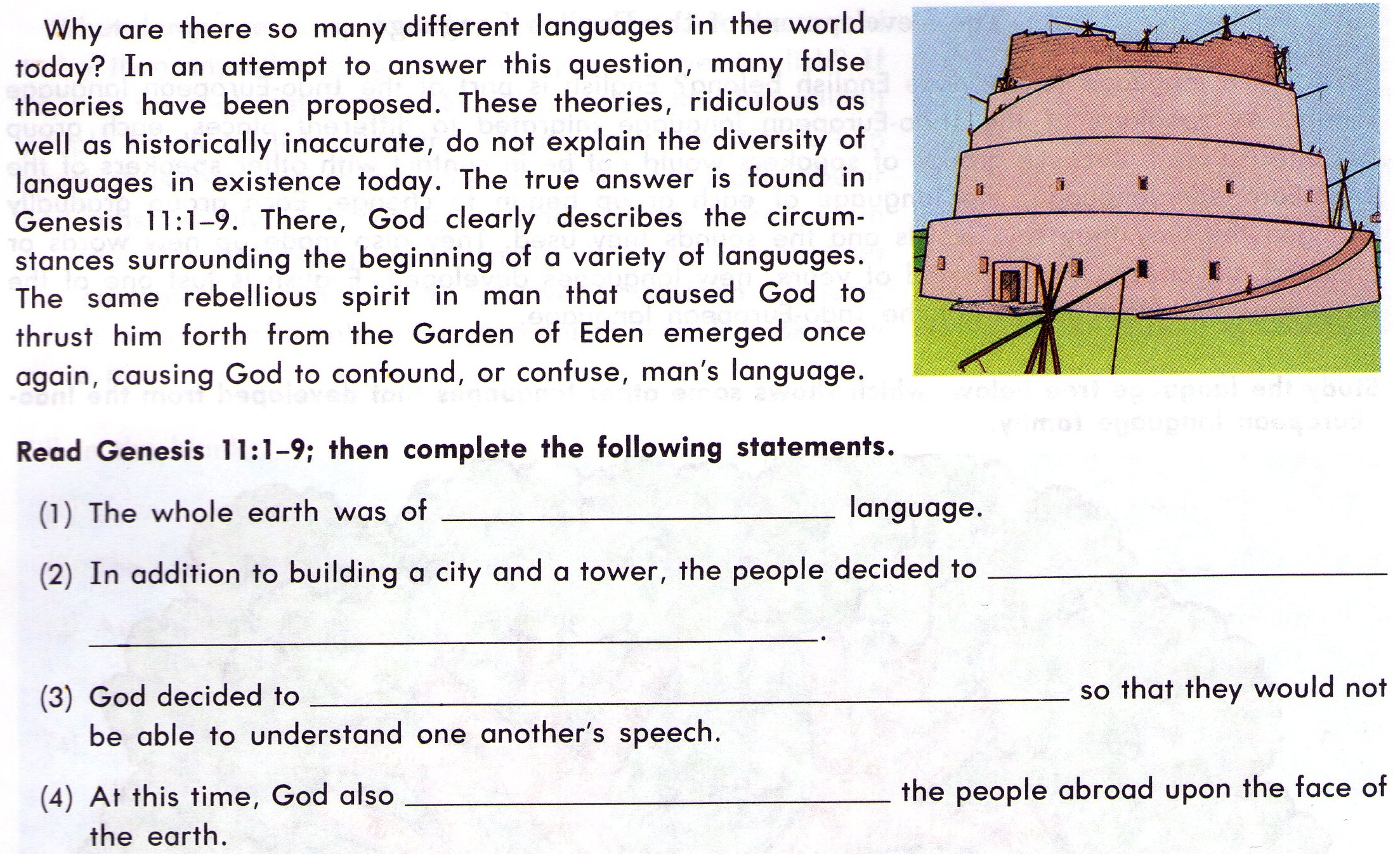 Interestingly, the ICCE (ACE qualifications) website claims that a number of students have gone onto study linguistics at university. I’m fascinated to hear how they got on. I’m guessing the cognitive dissonance was strong.

ACE offers what it calls a ‘college-level’ counseling [sic] course. I haven’t seen it in person, but it’s been in print since 1980 and still on the curriculum today. The course handbooks are the ‘nouthetic counselling’ manuals by Jay E. Adams.

These books teach that secular counselling techniques are based on ‘atheistic’ and ‘evolutionary’ principles. As a result, the true Christian must reject all of them, and instead have a model of mental health which is based entirely on the Bible and the confrontation of sin. That rules out pretty much all disciplines beginning with the letters ‘ps’.

Obviously, ACE students can, and do, study theology at fundamentalist institutions like Bob Jones University and Liberty University. But if they go anywhere else, they’ll have a rough time, because ACE teaches them that questioning any aspect of the truth of God’s Word is sinful and wrong. Higher criticism, particularly, is evil and destructive. This is from the final Basic New Testament Church History PACE (year 12).

It goes on to say:

The leaders of Higher Criticism were mostly arrogant, unbelieving Germans in the 1800’s. English-speaking churches held out heroically against their attacks for many decades. Eventually, however, the prestige of these very learned men overcame the prejudices of many Scottish and English church leaders, and finally, the poison of infidelity invaded American churches.

Not coming soon to an ACE library near you: Misquoting Jesus by Bart Ehrman.

Stephen Law argues that the great threat of Creationism is not that children might believe falsehoods, but that they might come to believe the absurd model represents cogent scientific thinking. It might corrupt not just what they think, but how they think. Creationism as taught by ACE is incompatible with both the scientific method, and rational thinking more widely.

So what do you guys think? Have I persuaded you that there ought to be regulation of curriculum in private evangelical schools? If you disagree, why?

April 4, 2013
The Benefits and the Workings of ACE
Next Post

April 18, 2013 More ACE survivor stories
Recent Comments
0 | Leave a Comment
Browse Our Archives
get the latest from
Nonreligious
Sign up for our newsletter
POPULAR AT PATHEOS Nonreligious
1