Trigger warning in this post for rape and victim blaming.

In 1997, a Baptist church deacon, Ernie Willis (38), raped Tina Anderson, then 15. As a result, Anderson became pregnant. The church pastor, Chuck Phelps, covered up this rape, and had Anderson relocated to another state (with a plane ticket paid for by her rapist). She was home schooled, and not allowed contact with her peers until after she had given the baby up for adoption.  Willis had even confessed his guilt to the pastor, conceding that he was the “aggressor”. Anderson’s relocation effectively shut down the police investigation into the matter. There is some disagreement as to whether the authorities were informed at the time; roughly, Phelps says they were, and everyone else says they weren’t.

This is all horrific but not shocking. Stuff like this happens far too often, and you only need to read a blog like Stop Baptist Predators or the late Danni Moss’ to see all the cases. Fundamentalist sexual abuse is a scandal to rival that of the Catholic abuse. The difference is that it’s near impossible to show a link between cases of Independent Fundamental Baptist sex scandals, because Baptists are fiercely independent. Where the Catholic Church has a clear power structure and connection between churches, every fundy church is a kingdom unto itself.

What is shocking about this case is that the pastor made the rape victim confess her “sin” and apologise to the entire church congregation.

It seems like this was a standard thing at Trinity Baptist.

From the Concord Monitor:

The victim told her mother about the pregnancy. Soon after, Phelps was also alerted.

The victim said Phelps told her she would be put up for ‘church discipline,’ where parishioners go before the congregation to apologize for their sins.

She asked why. ‘Pastor Phelps then said that (Willis) may have been 99 percent responsible, but I needed to confess my 1 percent guilt in the situation,’ the victim told the police.

‘He told me that I should be happy that I didn’t live in Old Testament times because I would have been stoned.’

At a night meeting of the church’s fellowship in 1997, Phelps invited Willis to the front of the room. Willis apologized to the group for not being faithful to his wife, Earle said.

‘I can remember saying to my husband, I don’t understand it’s any of our business why this is being brought up,’ Earle said.

Phelps then told parishioners a second matter was at hand; he invited the victim to apologize for getting pregnant.

‘I can still see the little girl standing up there with this smile on her face trying to get through this,’ Earle said.

A day after the session, Earle called the pastor’s wife, who said the victim had decided not to press charges for statutory rape.

‘You’ve got to understand, we trusted our pastor and his wife to be telling us the truth,’ Earle said. ‘They told us it had been reported. He reported it as a consensual act between a man and a woman. Well, I didn’t know a 15-year-old was a woman.’

Earle, who left the church in 2001 after 19 years, said it was regular to see young girls who were pregnant called to the front of the congregation to be humiliated.

Rob Sims, another former member, said the discipline sessions were formulaic – Phelps would read Bible verses, give a limited overview of what happened and then each person would read a statement.

‘(The) statement agreed that they had done wrong and why they ‘now believed’ that they had sinned,’ he said. ‘Then Pastor Phelps would give a few closing remarks and then a vote would be taken to remove the guilty party from membership or to keep them in membership but under discipline, or something to that effect.’

Chuck Phelps reportedly denied that this ever happened:

“I totally deny that ever happening. That did not happen,” Phelps said. “She came before the congregation and asked for the congregation’s help in a time of need, and her specific words that she wrote herself were that she had been in a compromising relationship. Those were her words.”

But Chuckles, fearless blogger of sexual abuse cases, says that Phelps’ word was contradicted by multiple witnesses in the court trial. The statute of limitations meant that Phelps could not be tried in New Hampshire for covering up the rape.

Chuck Phelps was recently reinstated to the board of Bob Jones University (alma mater of the founders of Accelerated Christian Education and A Beka, incidentally), who said they didn’t think Phelps had done anything wrong. Phelps’ lawyer, incidentally, is David Gibbs III, son of former ACE president David Gibbs Jr.

So here’s my question: This business of getting people up to confess their sins to the church: How widespread is it?

Clearly, it was reasonably routine at Phelps’ church, and this isn’t the first case I’ve heard of. Years ago, when I was still a Christian, I remember a girl on the Crosswalk forum telling a similar story. She claimed that she and her boyfriend had fallen into temptation and performed oral sex on each other. They’d then confessed it to the pastor, who told them they needed to stand before the congregation and publicly repent.

A google search for public confession brings up a lot of results, but mainly from people who are against the idea. Still, it shows the idea has some currency somewhere. Does anyone know of a book or video that advocates it?

In Thought Reform and the Psychology of Totalism, Robert Lifton describes the techniques used on POWs by Communists in the Korean War. One of the eight characteristics of totalitarian regimes that Lifton finds is “the cult of confession”. Victims are made to confess to ever increasing sins. This is used to control them and to keep their allegiance to the regime.

In other words, Phelps’ behaviour is typical of totalitarian regimes, cults, and thought reform programmes.

September 7, 2013 Creationism alive in Scottish state primary school
Recent Comments
0 | Leave a Comment
"While it sounds like he has switched to the church of the Daily Show, he ..."
D'artagnan An atheist wrote the theme tune ..."
"I wish I knew about this blog years ago. I'm glad it's still here. Thank ..."
Ralph Facter It’s time to move on from ..."
"Gibbs III is also responsible for the ludicrous 'Terri Schiavo has changed her mind!' argument. ..."
Astrin Ymris The Fixer: Christian lawyer’s history defending ..."
"ACE does not control any of these schools. ACE only provides the curriculum and program. ..."
mccartherable . Top 3 ACE School of Tomorrow ..."
Browse Our Archives
get the latest from
Nonreligious
Sign up for our newsletter
POPULAR AT PATHEOS Nonreligious
1 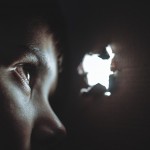