An invitation for abuse

I had a great time at Leicester Skeptics last night, and someone asked a particularly good question.

They said they’d been involved for a number of years in a job that involved the safeguarding of children. In their line of business, ACE’s emphasis on submission to authority would be an immediate red flag for abuse. Any system which teaches unquestioning obedience is ripe for exploitation. Was I aware of any instances of abuse, and did I have any comment on this?

Well, yes, I am aware of at least one instance of sexual abuse in an English ACE school.

But the second part of the question reminded me that it is official ACE policy to ask parents to side with the school against their children. Here’s the text from ACE’s Administration Manual:

Parents must not take sides when their child complains and must not discuss the school negatively in front of the child. This will undermine the school’s effectiveness and will affect the student’s behavior. Minor points can become major points. In such cases, ask parents to:

Note: the above bullet points are part of the quotation, but WordPress does ugly things to the formatting when I put bullet points inside blockquotes.

Now, supporters of ACE may well be getting angry with me at this point. “But Scaramanga!” they hypothetically cry, “This section is about school rules, not abuse! There is a section on abuse reporting, which emphasises unequivocally the obligation on all staff to report abuse.”

This is true, but it does not lessen my concern at the above section. It sets up a pattern for how parents should react to children’s complaints, and casts doubt on the reliability of children’s testimony. Is it going to make children feel confident they will be believed if do report abuse? If abuse is occurring, how is contacting the staff for additional information going to help?

ACE is telling parents if their child complains to disbelieve their child in favour of the school. This follows from the belief that children have a “carnal nature” (ie they are natural born sinners) and this needs to be forced into submission. So in the event of a dispute between teacher and student, it’s God’s appointed leader vs a child who has not yet been moulded into conformity with Christ.

Let’s interpret this as generously as possible. I’m sure ACE has the honest belief that Godly leaders just wouldn’t abuse children. This is just wilful ignorance at best. Earlier this year, the fundamentalist pastor Jack Schaap was sentenced to 12 years in prison for having sex with a parishioner who was 16 when the encounter began. And when this came out, who did the church call in to conduct an investigation? David Gibbs, former president of Accelerated Christian Education. And Gibbs was the man for the job, because in his other life as a lawyer he has made a career defending pastors, churches, and Christian schools when they get into exactly this kind of mess. ACE knows damn well what kind of abuse can happen. And although Gibbs makes a lot of fuss insisting that Hammond First Baptist Church are fully co-operating with the authorities, here (and reportedly elsewhere), he tells people with any more information to report it to church authorities, rather than the police.

Here’s the usual “I’m not making this up or taking it out of context” screenshot: 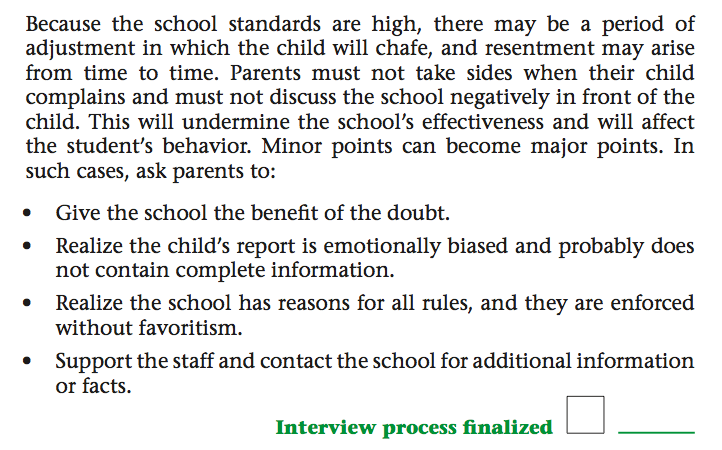 October 18, 2013 Dealing with sexual harrassment, fundy style... and DEMONS!
Recent Comments
0 | Leave a Comment
"I wish I knew about this blog years ago. I'm glad it's still here. Thank ..."
Ralph Facter It’s time to move on from ..."
"Gibbs III is also responsible for the ludicrous 'Terri Schiavo has changed her mind!' argument. ..."
Astrin Ymris The Fixer: Christian lawyer’s history defending ..."
"ACE does not control any of these schools. ACE only provides the curriculum and program. ..."
mccartherable . Top 3 ACE School of Tomorrow ..."
"Koming here, bekause another blogger on Patheos was diskussing ACE, and now finding your blog ..."
B.E. Miller It’s time to move on from ..."
Browse Our Archives
get the latest from
Nonreligious
Sign up for our newsletter
POPULAR AT PATHEOS Nonreligious
1