The battle for evolution in Scottish schools

Tomorrow, the Scottish Parliament’s Petitions Committee will be hearing from members of the British Centre for Science Education (BCSE) and Scottish Secular Society (SSS). Earlier this year, the SSS started a petition urging the Scottish government issue guidance on the teaching of creationism in schools. In England and Wales, there is clear guidance that creationism and Intelligent Design are not valid scientific alternatives to the theory of evolution, and should not be taught as such. In Scotland, there is no equivalent document.

This is a problem, because as we’ve previously seen, there have been significant inroads by creationists in some Scottish schools. Fortunately in that case, there was a decisive win for science. But what that case showed was that creationism genuinely is an issue in Scotland, and it will continue to be so without clear guidance. So you might think that the SSS petition, backed by three Nobel prize winners, would be uncontroversial.

Sadly, it doesn’t appear that this will be as straightforward as it ought to be. The Centre for Intelligent Design (C4ID), which has links to the Discovery Institute, is opposing them. Answers in Genesis is on the case too, although I don’t expect them to be taken particularly seriously since AiG lacks even C4ID’s veneer of scientific credibility. C4ID, however, appears committed to the Discovery Institute’s infamous wedge strategy, which looks to me and a lot of other people like a cynical ploy to introduce creationism through the back door, by targeting the least-informed members of society.

Newspaper coverage of the SSS campaign seems to have given more time to the voices of those who oppose it. The Scotsman, for example, went with “Bid to ban creationism is ‘militant atheism’“, focusing on the criticisms from the Free Church of Scotland’s David Robertson. Almost everything he says is wrong or foolish, so it’s worth looking at as an example of what passes for a defence of teaching creationism in schools.

But ahead of that, Rev Robertson claimed it is seeking to “impose an atheistic philosophy on children”.

The Dundee-based preacher said: “The Scottish Secular Society is so terrified that children might be infected by the idea that God the creator actually had something to do with creation that they are asking politicians to decide what should be taught in science lessons.

For the record, the British Centre for Science Education includes among its distinguished supporters the Reverend Michael Roberts. As Michael Roberts notes in his linked article, further support for anti-creationist efforts has come from Rev Keith Ward. And one of the signatories of the British Humanist Association’s Teach Evolution, Not Creationism campaign was the Reverend Professor Michael Reiss (who happens to be my PhD supervisor). It is utterly dishonest to suggest that opposition to creationism comes only from atheists, as this blog has frequently shown.

“Since when was science determined by MSPs? Once we have politicians telling science teachers what to teach, on the advice of one particular faith belief, then we are in real trouble.

Here the Reverend cunningly loads the language to attempt discredit secularism as a “particular faith belief”. And listening to faith beliefs is apparently a bad thing (unless the faith happens to be the Scottish Free Church).

“Could we not have a more tolerant and Christian view of science? And could we not encourage children to think about the issues for themselves, rather than just tell them what to think?”

It’s interesting to see the language of freedom of thought turned around in this way, since it’s usually creationists who are into the whole indoctrination lark. But OK, I’ll bite. Yes, children absolutely must be taught to think for themselves, but there’s no way children can come to an informed and reasoned conclusion if they are presented with misleading evidence, which creationists and ID supporters routinely give. Supporting a space for ID or creationism in schools is supporting a space for children to be fed false information, and you can’t think effectively for yourself at the same time as you’re being deceived by your school teachers.

There is actually a fairly interesting philosophy of science question here, and I’d be all for more philosophy of science education in schools. That question is whether methodological naturalism (the assumption that the supernatural cannot be used as a scientific explanation) is always justified. But here Rev Robertson has picked the wrong fight. Paul Braterman, who will be speaking for the petition in Parliament, has written extensively on this topic. He argues that naturalism is not, and should not be, a presupposition in science. Rather, where claims of the supernatural are made, we should evaluate the evidence for them. In principle, science is open-minded about the possibility of the supernatural. It’s just that so far naturalism has been successful in producing successful scientific theories, while supernatural claims have been useless. There are those who argue that supernaturalism should be excluded from science in principle, but as it happens, the people Rev Robertson opposes are not among them.

The St Peter’s Free Church minister continued: “The secularist faith tells them that there can be no intelligent design, because of course they do not want to believe even in the possibility of a designer.

And here comes the conspiracy theory. The overwhelming scientific consensus in favour of evolution, common descent, and deep time is all because of a “secularist faith” (hint: check the definition of secularism). These people reject the truth because they are too proud to admit the possibility that God exists. Thousands upon thousands of scientists are professional liars because the only alternative is a designer, which they hate (even though the existence of this Designer would apparently be Good News).

Or, you know, the theory of evolution is a coherent and effective explanation for the phenomena observed by biologists.

“However in this they are not being scientific – they are just seeking to impose their religious view upon the whole of society and turn their philosophy into a state doctrine imposed by force.

Holy shit. The Scottish Secular Society are Stalinists? Well, that’s terrifying. I completely misunderstood. I thought they just wanted children to leave school with an understanding of what science has discovered and what the evidence for that position is.

No one is saying the kids have to believe anything. We are campaigning for them to have a proper understanding of what science has discovered, and what the evidence is for that position. In practice, if people have understood evolution properly, they will accept it, because it is a simple explanation and the evidence is vast. But kids could reject it; it’s a free country. They just have to understand evolution.

“We agree entirely that science should be taught in science classrooms and not religious or philosophical viewpoints,

So you’re against creationism now? Make your mind up.

“and the basic principle of modern empirical science is that it is open to question and change.

In which regard it is notably unlike Rev Robertson’s brand of religion.

“But here we have militant atheists using science as a kind of Trojan horse to get their philosophical and religious views taught and to discourage questioning.

Yes, historically it is science that has been dogmatic and inflexible. The church has had to fight against centuries of scientific oppression, as the church tried to question and change its ideas while science sought to keep it in the Dark Ages.

“It is desperately disappointing that secularists believe the key danger in 21st-century Scotland is apparently creationism, not the 20% of Scottish children who live in poverty, nor the many thousands who have faced the ravages of sexual abuse and drug addiction.”

Brilliant. Because, of course, humans can only care about one thing at a time. I know, Rev Robertson, let’s make a list of all the evils in the world, and rank them in order of severity. Then we’ll all just work on #1 until that’s solved, at which point we’ll move on to #2. That sounds like a good plan, right? In fact, why were you even giving this interview to the Scotsman? Weren’t there some drug addicts you could have been helping?

Or, you know, we could remember that it is forensic science which has developed the tools that allow us to to collect DNA samples from victims of sexual abuse so that we can put rapists in prison. It is science that enables us to understand the mechanisms of drug addiction and find effective treatments. It is this science that uses the same methods used to discover the theory of evolution and common descent—the methods that Intelligent Designers and creationists deny. 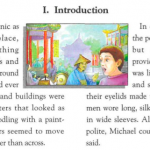 November 18, 2014 Accelerated Christian Education's ugly history of racism
Recent Comments
0 | Leave a Comment
"Go to a public school please. Evaluate the current usage of grammar as well as ..."
Cat How bad can Christian education get? ..."
"I think Jesse Duplantis is a wonderful Christian and preacher of the gospel of Jesus ..."
ChargetotheRear Let me introduce you to a ..."
"I'm not the one making a statement, other than that you missed the point of ..."
BeeryUSA Jesus Camp: Where are they now?
"No I think you missed the point..."
Katie concha Jesus Camp: Where are they now?
Browse Our Archives
Related posts from Leaving Fundamentalism