Mock the prophet, get mauled: Morality lessons with ACE

Do you know the story of Elisha and the bears? Don’t feel bad if not: it’s one of those Bible stories most Christians would prefer to gloss over. In The God Delusion, Richard Dawkins uses it as evidence that the Bible is barbaric. Christians who don’t believe the Bible is inerrant are quick to file it under Not Inspired. Even those who do think it’s the Word of God often describe it as ‘difficult’. In case your memory needs refreshing, here it is:

23 From there Elisha went up to Bethel. As he was walking along the road, some boys came out of the town and jeered at him. “Get out of here, baldy!” they said. “Get out of here, baldy!” 24 He turned around, looked at them and called down a curse on them in the name of the Lord. Then two bears came out of the woods and mauled forty-two of the boys.

You may enjoy this video representation (h/t James McGrath): In short, this is one of those stories that doesn’t cast the Bible in the best light. It’s probably not one you’d pick to teach children, right? Right?

Not if you’re Accelerated Christian Education.

This is English 1069. It’s one of ACE’s 6th grade books; the average student would be about 11 years old when they do this. A friend kindly bought this for me in October 2014, so I know it’s still in current use. On page 37, here come Elisha and the bears. If you want an example of how ACE combines barbaric morals with bad education, it doesn’t get much clearer than this.

The page starts with one of ACE’s ‘character strips’. These are cartoons intended to illustrate a biblical lesson. In this case, the lesson is to be respectful:

Then the students have to read a poem written in cursive, and spot the errors in the writing (a pointless exercise). Here is the poem:

A Bear Lesson in Respect

After a double portion of Elijah’s spirit fell,
Elisha, Godly prophet, was approaching Beth-el.
Elisha was now with God’s spirit anointed
To work the great miracles God had appointed.

From this awesome story, one is given the impression
That God’s Holy Spirit would teach us this lesson:
If ever you’re tempted to show disrespect,
Remember those bears, and good manners reflect. 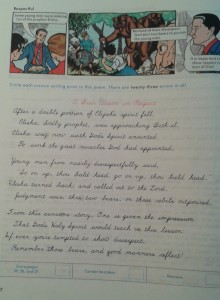 On this blog, we’ve repeatedly seen how fundamentalist religion warps people’s moral compasses, but this is the first time I’ve seen anyone suggest that a mauling from a bear is appropriate punishment for insulting someone. Once you get your head around the fact that ACE considers this justice, you start to understand the rationale behind abuses in troubled teen homes.

And another thing—this is supposed to be an English lesson, yet this is one of the most badly written poems I’ve ever seen. (I hesitate to call it the most badly written poem only because I have read other poems by ACE). Why on earth would you employ someone to write an English curriculum who doesn’t have a clue about poetry? The first two lines are iambic heptameter (just about*). From line 3, for no apparent reason, the writer lurches into four amphibrachs per line (weak-STRONG-weak rhythm). This is a truck driver’s gearchange of a meter change. It’s like starting a game of tennis, and after two points switching to pin the tail on the donkey. It’s a terrible choice of meter, most popularly associated with Dr Seuss:

All ready / to put up / the tents for / my circus.
I think I / will call it / the Circus / McGurkus.
And NOW comes / an act of / Enormous / Enormance!
No former / performer’s / performed this / performance!

In The Ode Less Travelled (from which I learned most of this stuff about poetry), Stephen Fry describes writing in amphibrachs thus:

Romantic, deluded, a total disaster
Don’t do it I beg you, self-slaughter is faster.

If you’re going to write a poem about youngsters being mauled by bears, you probably don’t want a meter that sounds like children’s doggerel. As Stephen Fry also notes, maintaining an entire poem of amphibrachs is virtually impossible in English, and certainly beyond the wit of whatever high school dropout ACE got to write this dreck. Instead, our bewildered bard lurches drunkenly from one ternary foot to another in the following lines. I won’t bore you with an analysis of the whole poem, but line 8 deserves a special mention for its Yoda-tastic mangled word order:

Judgment was, through two bears, on those rebels outpoured.

Who the fuck talks like that? But at least they managed to salvage a rhyme for “Lord”, and no one can take that away from them. Fortunately, line 8’s embarrassment is quickly forgotten, because line 9 is worse:

From this awesome story, one is given the impression

It starts out alright (assuming it’s still meant to be in ternary feet and the writer hasn’t gone all prog-rock-time-signature-changes on us again):

From this awesome story

But then it goes…

one is given the impression

TL;DR—As well as being a moral travesty, this poem doesn’t fucking scan.

*For those actually enjoying my poetic nerdery, here’s my analysis of the first two lines:

Line 1 starts with a trochee (It’s After, not After), and the fourth foot (“of E”) is a pyrrhic substitution (both syllables unstressed). Those are common poetic techniques, but putting them both in the first line before the pulse has been established means there’s not much flow.

In line 2, the words “Godly prophet” set off in commas are obviously chosen to make the rhythm work. Unless you were writing a news article, you’d never phrase it that way. You’d say “the godly prophet”, or “God’s prophet”. Already the writer is bending English for the sake of scansion. I’m not sure why they bothered, because the line still doesn’t work: it needs an unstressed syllable between “Beth” and “-el”. 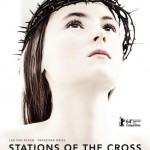 December 12, 2014
Movie Review: Stations of the Cross (or why teaching fundamentalism to kids is dangerous)
Next Post 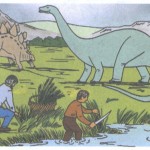 January 5, 2015 Why creationism matters
Recent Comments
0 | Leave a Comment
Browse Our Archives
get the latest from
Nonreligious
Sign up for our newsletter
POPULAR AT PATHEOS Nonreligious
1