Cool, not, and five other ridiculous words my Christian school tried to ban

My Christian school had a lot of rules. I don’t think I ever knew all of them—I’m not sure anyone did. Sometimes you only discovered a rule existed after you got in trouble for breaking it. Like any good bunch of Bible believers, our supervisors knew that life and death was in the power of the tongue (Proverbs 18:21), so our language was policed to microscopic levels. It was all part of the school’s Orwellian thought control. Here are some things we weren’t allowed to say. 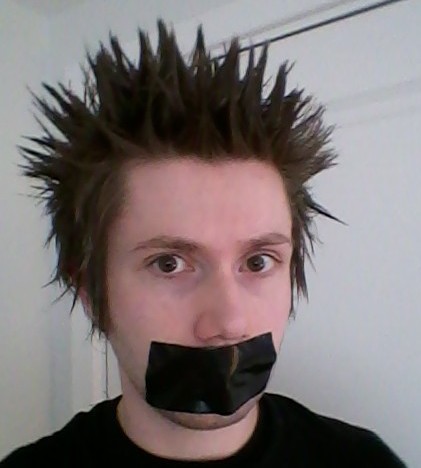 Whenever she heard anyone say ‘cool’, our supervisor used to scold us “cool is next to cold, and cold is next to dead”.

She was a fount of life-affirming phrases like these. I wish I could remember them all. Some of her other favourites included (if a child was deemed ungrateful or rebellious) “How DARE you trample on the blood of Jesus!” and, if anyone was foolish enough to complain that she was being unfair, “Of course life isn’t fair! If life were fair, Jesus wouldn’t have died for you and you’d be going to hell”.

Unfortunately for her, ‘cool’ was so ubiquitous that she just couldn’t stamp it out. I realised the battle was all over when I was hanging out with her daughter one day, who kept going on about how ‘cool’ this movie was that she’d just seen. The movie was Grease. Hey, don’t laugh—by our standards that was pretty countercultural. This, remember, was a school where we were taught to save our first kisses for the one we would marry.

But it wasn’t so much the word our supervisor hated as what she called the ‘philosophy of cool’. We were part of a charismatic church, where worship is frequently energetic and sweaty. Like this, but with less Slayer and more Hillsong:

She noticed that kids who weren’t keen to get ‘caught up in the spirit’ during worship tended to think it wasn’t cool. And quite right, she thought. Praising God isn’t cool. It’s hot!

No, the school didn’t try to ban all negative particles. They just banned it in the Wayne’s World sense of “What a totally amazing, excellent discovery… NOT!”

By the way, here is a totally excellent relevant gif that I can’t post here for copyright reasons.

It should tell you everything you need to know about my school’s astounding legalism that they actually bothered to make a rule about this. It also says quite a lot about Wayne’s World‘s cultural ubiquity that people were using this expression even though most of us hadn’t even seen the film.

As always, the supervisor had a relevant wise saying: “Sarcasm is the lowest form of wit, the highest form of vulgarity, and the devil’s language”. Which seems reasonable.

Certain preachers we knew claimed that ‘luck’ came from the same root word as ‘Lucifer’, which, according to tradition, was Satan’s name before he fell from heaven. So when you wished someone good luck, you were actually wishing the devil upon them.

Of course, if any of us had bothered to look in a dictionary, we would have known that this is nonsense, but then if we were the sort of people who went in for checking facts, we wouldn’t have been at an Accelerated Christian Education school in the first place. In any case, even if I had discovered that the dictionary gave different etymologies for luck and Lucifer, I wouldn’t have changed my mind. I was so brainwashed I believed that the devil probably manipulated the dictionary writers so his cunning ploy wouldn’t be exposed to the world.

We were not lucky. We were blessed.

Because I am not down with the kids, I do not know whether young people still use ‘wicked’ as a slang term of approval, but in 1990s England, it was everywhere, with roughly the same meaning as “that’s bad, dude!” in the USA. It was everywhere, that is, until I started at my Christian school in 1996.

I didn’t hear it again for three years, until 1999 when, starting to question my school’s restrictions, I began listening to secular radio all the time. One day I heard the DJ say wicked and I was so amused that I had to tell my big brother, who (unlike me) had never been to a Christian school and had lived a relatively normal life.

When I left the Christian school later that year and started hanging around with normal people, I discovered that wicked had never gone away. I’d just lived in such a cultural bubble that I hadn’t heard anyone say it in all that time, even though it was a ubiquitous piece of slang.

The reason, of course, is that wickedness comes from the devil, and nothing from the devil can possibly be good. I once heard Kenneth Copeland teach that wicked shared its root word with “wicker” and meant “twisted”. I’m pretty sure that, like the apocryphal etymology of “lucky”, this has no basis in reality.

Sometimes our supervisors, who clearly had far too much time on their hands, used to pull the entire school (or all the students aged 12 or over) away from our work to give us a lecture. These lectures could always be summarised in a single sentence, but they still typically lasted upwards of thirty minutes. On one occasion, that lecture was “if you throw away the fruit packed in your lunchbox, you are spitting in the face of your parents who sacrificed to buy it for you” (and, by extension, how DARE you trample on the blood of Jesus!).

On this occasion, the staff had decided that using the word “dumped” to describe the end of a romantic relationship was unacceptable. Human beings are valuable creatures made in the image of God, and you do not dump them. As usual, the supervisors were taking things far too literally (writing this, I’m starting to understand why they were creationists), but that wasn’t even the weird part.

The weird part was that dating was not allowed at this school. There was a six-inch rule, and boys and girls were not allowed to come within that distance of each other. When the teachers found out that my best friend had been kissing a girl in the park, outside school property after school hours, they made both of them confess their sin and apologise to the other students. Why on earth would we need a term for the end of a relationship when we weren’t supposed to start them in the first place?

The supervisors, warming to their theme, added that we also shouldn’t use the word ‘fancy’, which is English slang for having a crush on someone. Apparently ‘fancy’ was a word to be reserved for trivial things, like cream buns (or wanting a real education).

I’d been at the school for about a year when one of my friends from church joined. Before then, she’d been attending a normal secondary school, but on my recommendation she switched to ACE. I’ll never forgive myself.

On her first day, as is customary, the supervisor sat down with her with a large ring binder to go through the essential rules and procedures of the school. There was a morning set aside for this with all new students. My friend immediately understood that, being a Christian school, politeness was essential, so she looked at the supervisor carefully and regularly said “okay” to indicate that she was listening and understood.

It came as something of a shock to my friend, then, when the supervisor bit her head off for being disrespectful. When staff asked you to do something, the correct answer was not “okay”. It was “YES, Mrs Trunchbull!” No less a level of enthusiasm or respect was acceptable. When God asked you to do something, the only answer was “Yes, Lord!” Our supervisors were placed over us as surrogates for God. If we couldn’t learn to respect them properly, how would we learn to respect God? The only acceptable action was instant, enthusiastic obedience.

When someone asks me to do something, “yes” is still my automatic, programmed response. One day, I keep telling myself, I will learn how to respond to people’s requests by thinking before I say ‘yes’.

Some of you might be wondering why you are seeing this again, when a very similar post to this one appeared earlier this week. Click here to see an explanation and an apology. The old post’s comment thread is still there.

February 13, 2015 Children are not that gullible, which makes indoctrination even more odious
Recent Comments
0 | Leave a Comment
"Go to a public school please. Evaluate the current usage of grammar as well as ..."
Cat How bad can Christian education get? ..."
"I think Jesse Duplantis is a wonderful Christian and preacher of the gospel of Jesus ..."
ChargetotheRear Let me introduce you to a ..."
"I'm not the one making a statement, other than that you missed the point of ..."
BeeryUSA Jesus Camp: Where are they now?
"No I think you missed the point..."
Katie concha Jesus Camp: Where are they now?
Browse Our Archives
Related posts from Leaving Fundamentalism