There was some excitement in the Coventry Telegraph this week and last over the announcement that George Hargreaves—a man who is trying to be England’s answer to Sarah Palin—would be UKIP’s general election candidate for Coventry. Since not much happens in Coventry, this was clearly a boon for the local paper, and they got multiple articles out of it.

George Hargreaves, former leader of the Christian Party, might be Britain’s most high-profile Christian extremist. There may be more ridiculous Christians, and there are certainly more famous ones, but no one springs to mind who can match him for both fame and offensiveness. He is of particular interest to this blog because he is the founder of East London Christian Choir School, which used the Accelerated Christian Education curriculum. His Christian Party ran on an anti-abortion, anti-gay marriage, anti-sex education platform, and promised to make private health insurance a visa entry requirement for immigrants. It’s also widely reported that they supported the death penalty.

International readers who are unaware: UKIP (the UK Independence Party) is a recently-formed  far right political party that has been making inroads into the British political scene, similar to the Tea Party in the USA, on a generally anti-immigration, anti-European Union, and anti-establishment politics platform.

First of all it was announced that UKIP had deselected their existing candidate for Coventry, Mark Taylor, in favour of George Hargreaves. The local press immediately began salivating at the prospect of some excellent headlines. Mark Taylor told the paper that he accepted the decision, which seemed to confirm the reports were true.

The Coventry Telegraph wasted no time in publishing a compilation of Hargreaves greatest quotations… and boy is the man quotable. In 2007, while campaigning in Wales, he said that the red dragon on the Welsh flag “is nothing less than the sign of Satan, the devil, Lucifer that ancient serpent who deceived Adam and Eve in the Garden of Eden” before adding “Wales has been under demonic oppression and under many curses because of this unwise choice”.

Hope Not Hate reports that Hargreaves also said that HIV patients should not be given treatment on the National Health Service, since their illness is “self-inflicted”. Campaigning in Glasgow, Hargreaves called the bisexual MSP Patrick Harvie “sinful” and “a fundamentalist gay rights activist”.

Particularly interesting is this blog post which claims that Private Eye exposed Hargreaves as opposing the NHS and the welfare state:

Hargreaves shares [UKIP leader, Nigel] Farage’s views on the NHS. The article doesn’t mention it, but Hargreaves is against it, and the rest of the welfare state. When Hargreaves and his white colleague in the Christian Party appeared on TV screens appealing for votes nearly a decade ago, Private Eye did a brief feature on them. Put simply, they’re connected to a number of extreme right wing American think tanks and organisations, and had made statements themselves about getting rid of the NHS and welfare state. That’s clearly not something that Farage wants to make known, as he is very aware that it will cost him votes.

I’ve contacted the blogger asking if they can tell me when this Private Eye article ran. This claim is plausible, because Hargreaves ran an ACE school, and as we know, Accelerated Christian Education teaches that the welfare state is ungodly, and that “The degree to which people allow God to rule them determines how far to the right they are on the [political] spectrum.” It would not be at all surprising to find that a man who chooses such materials for use in his school had campaigned for similar policies.

Hilariously (and apparently coincidentally), two days after Hargreaves’ reported selection, Suzanne Evans (UKIP deputy chair) tweeted that his views were “bonkers”. She then tweeted that Hargreaves was not, in fact, a UKIP candidate, a statement which appears to have been incorrect at the time.

George Hargreaves: too bonkers for UKIP.

Two days ago, the Coventry Telegraph reported that Hargreaves has been deselected. Perhaps he was already proving an electoral liability.

A 2005 Guardian article on ACE included an interview with Hargreaves at East London Christian Choir School:

Their learning is shaped by the narrowest interpretation of the Bible with all the preconceptions of this religious bias, including a very particular approach to sex education. Maxine responds first when I ask the Hargreaves about the subject. “We talk to the older girls about virginity,” she says. George takes up the theme. “We tell them that the blood shed when virginity is broken on the marriage bed is part of the blood covenant made between you and your husband under God, and if the blood is shed elsewhere it will weaken the covenant.” A few moments later, George reaches into his pocket for a tiny pink plastic doll foetus, and drops it into my hand: “180,000 babies like that are killed every year in Britain. That is what happens when you take sex out of God’s order.”

It appears that the school he founded is no longer operating. A 2011 Ofsted report says the school failed to comply with the regulations and had done so at least since it was inspected in June 2007. EduBase says the school closed in January 2012.

But Hargreaves continues to be actively involved with Accelerated Christian Education in the UK. Here’s a flyer for a staff training seminar run by ACE distributor Christian Education Europe. There’s no date on it, but the URL indicates it was uploaded February 2015. Hargreaves is listed as Pastor and Principal of East London Christian Choir School, Hackney (interestingly, not as “former principal”). This is what the notes say about his session:

Reverend George Hargreaves presents the state of Broken Britain and proposes that Christian Education provides the only true solution for the future of our nation.

Here’s a video (uploaded April 2013, but it’s probably older than that) of George Hargreaves addressing an audience of ACE school children on the subject of how to become a politician:

Yes, that’s George Hargreaves teaching a bunch of school children how to be like him. I would love to know whether the Department for Education thinks this constitutes “a balanced presentation of opposing views” in their political education.

February 13, 2015
Children are not that gullible, which makes indoctrination even more odious
Next Post 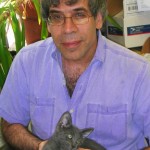 February 26, 2015 Jerry Coyne says I am wrong about creationism, misogyny and homophobia
Recent Comments
0 | Leave a Comment
"Go to a public school please. Evaluate the current usage of grammar as well as ..."
Cat How bad can Christian education get? ..."
"I think Jesse Duplantis is a wonderful Christian and preacher of the gospel of Jesus ..."
ChargetotheRear Let me introduce you to a ..."
"I'm not the one making a statement, other than that you missed the point of ..."
BeeryUSA Jesus Camp: Where are they now?
"No I think you missed the point..."
Katie concha Jesus Camp: Where are they now?
Browse Our Archives
Related posts from Leaving Fundamentalism