As is widely being reported, Bob Jones III, former chancellor of Bob Jones University (BJU) has issued an apology for saying that gay people should be stoned to death. It is being less widely reported to whom he addressed his apology (hint: it wasn’t gay people), nor that in the course of this apology he managed to refer to gay people as “sinners”—three times. Far from making amends, Jones has produced a masterclass in dog-whistling to your supporters while pretending to apologise for saying something horrific.

I’m sure this will be greatly misquoted. But it would not be a bad idea to bring the swift justice today that was brought in Israel’s day against murder and rape and homosexuality. I guarantee it would solve the problem post-haste if homosexuals were stoned, if murderers were immediately killed as the Bible commands.

Context: Jones, along with several  had visited the White House to demand that the protections of the Civil Rights Act were not extended to gay people. Lovely.

Since 2012, a group called BJUnity (formerly LGBT BJU) has been campaigning for Jones to issue an apology. Their request was finally answered after they presented Jones with a petition of 2,000 signatures. I deeply admire the people behind BJUnity, although I think the only way BJU can be rescued is to sack all the staff, change its name, and repurpose all the buildings.

Here’s the part of Jones’ apology that news sites have been quoting:

I take personal ownership of this inflammatory rhetoric. This reckless statement was made in the heat of a political controversy 35 years ago. It is antithetical to my theology and my 50 years of preaching a redeeming Christ Who came into the world not to condemn the world, but that the world through Him might be saved. Upon now reading these long-forgotten words, they seem to me as words belonging to a total stranger—were my name not attached.

“These long-forgotten words.” Because, hey, I’m Bob Jones, and I can just call for the death of a marginalised group of people and forget about it, and that’s entirely normal.

Here’s the bit that most reports I’ve read left out:

I cannot erase them, but wish I could, because they do not represent the belief of my heart or the content of my preaching. Neither before, nor since, that event in 1980 have I ever advocated the stoning of sinners.

The Bible I love, preach, and try to practice, does not present today the stoning of sinners as God’s way. Its message is the good news that Christ Jesus was condemned on behalf of sinners to rescue all of us from condemnation and judgment by His willing sacrifice, for He was made sin for us that we might be made the righteousness of God in Him.

This is solid playing to Jones’ core audience. Even the most diehard fundies don’t usually believe that stoning is an appropriate punishment in the New Testament era. By repeating three times his belief that homosexuality is a sin (and further emphasising the connection with sin by adding that Jesus was “made sin for us”), Jones reassures his fans he hasn’t changed. There are fundamentalists who didn’t want this apology to happen at all (it’s taken three years of campaigning to get it), not because they actually want to stone gay people, but because they didn’t want to be seen to be caving in to those godless queers at BJUnity. This apology is worded to make it absolutely clear whose side Jones is on.

OK, a quick quiz: If you had called for a marginalised group to be stoned, who do you think that apology should be addressed to? Got your answer? Good. Now let’s see where ol’ Bobby addresses his comments:

I apologize for the reflection those remarks bring upon Jesus Christ, Whom I love; Bob Jones University, which I have loved and served; and my own personal testimony.

Bob apologises to Jesus (who is probably big enough to take care of himself), Bob Jones University, and… himself. LGBT people are one of the most persecuted groups in American society, and Jones has fuelled that persecution by using his public platform to deny them civil rights. He has encouraged hatred of gays by saying they should be stoned to death. It’s taken him thirty-five years to apologise, and his apology does not even address the group of people he wronged.

BJUnity’s response to the apology is expectedly political. They simply thank him for the apology. Of course, they have to; they’re trying to play nice in the hope they can gradually shift the BJU administration to a more gay-friendly stance.

So I’ll say what BJUnity cannot.

The textbooks that lost a lawsuit (on BJU’s school curriculum) 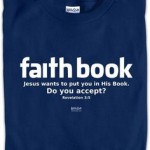 March 24, 2015 Gay people are humans. Bob Jones III needs to acknowledge this.
Recent Comments
0 | Leave a Comment
"Hello, I'm only seeing this now as I made a new Disqus account since. Thank ..."
Aram Guest post: Be careful, or your ..."
"While it sounds like he has switched to the church of the Daily Show, he ..."
D'artagnan An atheist wrote the theme tune ..."
"I wish I knew about this blog years ago. I'm glad it's still here. Thank ..."
Ralph Facter It’s time to move on from ..."
"Gibbs III is also responsible for the ludicrous 'Terri Schiavo has changed her mind!' argument. ..."
Astrin Ymris The Fixer: Christian lawyer’s history defending ..."
Browse Our Archives
get the latest from
Nonreligious
Sign up for our newsletter
POPULAR AT PATHEOS Nonreligious
1