Don’t like the UK election result? Here’s what you can do about it.

Today, my Facebook timeline is, um, less positive than usual. There are several statuses that contain more swear words than all other types of word combined. Most are lamenting the election result and predicting dire things for the next five years.

I’m not sure about the political leanings of my blog readership, but I suspect they’re similar to my Facebook friends’. If I’m right about that, we’re a bunch of people who believe we can change things for the better. We are optimists. We know the world can be a more equal fairer place, but we also know that involves changing the status quo. Owen Jones summarised it beautifully in an impassioned (if ultimately ineffectual) three-minute video yesterday:

It’s fair to say that the political spirit Owen Jones sought to capture lost the election (at least in England), but democracy doesn’t have to be something we only participate in twice a decade. We can join pressure groups, unions and political parties, donate to charities and support campaigns. If you can’t afford to donate to these groups, it’s still worth following their social media campaigns and getting on their mailing lists. It increases their political clout when they can tell politicians of the thousands of people who support their campaigns.

If you wanted to vote Labour but felt you couldn’t because you don’t support the party in its current form, join the party and change it from the inside.

If you wanted to vote Green but didn’t like their anti-science policies on nuclear energy or genetically modified crops, or felt it wasn’t yet a viable mainstream contender, join the party and make a difference.

In a fit of post-election pique this morning, I have joined every pressure group I could think of. Here are some things I’ve done. I don’t expect you to do the same, but I hope it will inspire you to think about what you can do.

The Electoral Reform Society has just shared this image on Facebook:

I had really hoped that this election would produce the second hung Parliament in a row to force the national debate on electoral reform. That hasn’t happened, but the scale of tactical voting really brings home how unrepresentative and unfair our current system is. It’s clear that if we want a fairer society, the system has to change. It’s the right thing to do, even if one of the most obvious first effects would be to increase UKIP’s presence in Westminster. There are two main campaigns for a fairer electoral system: the Electoral Reform Society, and Unlock Democracy. Because I made all my decisions this morning in a frenzy of political zeal rather than calm rationality, I’ve joined both after only a hasty read of their websites. You may want to decide more carefully which, if either, to support. They’ve teamed up to produce a petition. 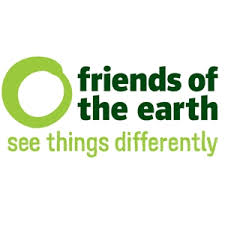 I think climate change is the most important challenge facing humanity this century. I was really hoping for a government that would make this a top priority. It doesn’t look like this will happen. Again, I didn’t make all my decisions this morning in the most carefully-researched way. I had a feeling from my limited knowledge that Greenpeace are a bunch of extremist loons. I looked on Wikipedia for UK-based environmental pressure groups, and it seemed Friends of the Earth is the only other one with any clout, so I joined that. You might also be interested in The Climate Coalition, which is holding a massive protest in London on June 17th.

By the way, if you care about this, consider switching your electricity supplier to a green energy firm. There are price comparison sites specifically for the job.

I’ve just applied to be a volunteer at a local charity for the homeless. I’ve also signed up to support Shelter, a national homelessness charity.

Funny story: I first signed up to support Shelter when I was doing my music degree, in 2005. However, when I got home with the information pack, I discovered that one of Shelter’s activities is to lobby the government for more free and affordable housing. Because I’d been indoctrinated by Accelerated Christian Education into believing that it was immoral for governments to provide housing, I immediately cancelled my direct debit before they’d even taken the first payment.

I suspect the number of homeless people is going to increase in the next five years. If the record of the Department for Work and Pensions over the last five years is anything to go by, things are about to get worse for the poor. I want to do everything I can to oppose that (hence supporting Shelter’s campaigns), and I also want to help those who are already on the streets (hence volunteering). If you don’t have a lot of money to donate (I’m currently a student, so that’s me), giving your time is a great option.

Traditionally, Conservative politicians aren’t the most naturally sympathetic to Humanist causes. In the last Parliament, though, the British Humanist Association worked successfully with the Government on a number of campaigns. You may remember that last year Leaving Fundamentalism and the BHA together successfully campaigned to close the loophole that allowed some creationist schools to receive government funding (although it turns out there’s still more to be done in that area). The BHA is one of the most effective campaigning machines for the interests of people without religion, and I expect them to have continued success over the next five years. We don’t have to be pessimistic. We don’t have to wait until the next election for good things to happen. We can campaign for change now, and we can make progress. So this morning I renewed my membership of the BHA, which had lapsed at the end of March.

If there’s a cause you support, join it.

If there’s a party you support, or could support if it improved, join it.

If you don’t have money, give your time.

If your profession has a union, join it.

If you don’t have time or money, plug campaigns and pages on social media.

If you can’t give your time regularly, give it as a one-off by attending a protest.

Write to your MP.

This doesn’t have to be a massive commitment. It can be as simple as signing up to some mailing lists, or donating £10 once a year to a cause you think is truly worthwhile. Don’t say it doesn’t make a difference. Of course it does. A small difference is still a difference.

Of course, the causes I mentioned are not the only ones worth supporting, but they’re the ones that jumped into my mind this morning. What about you? Let me know in the comments what campaigns and pressure groups you support. Let me know what other ways to participate in democracy you’ve thought of.

April 17, 2015
A ceasefire: I am pausing my campaign against Accelerated Christian Education
Next Post 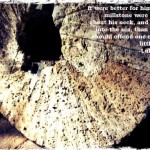 May 22, 2015 Josh Duggar apologised. So what?
Recent Comments
0 | Leave a Comment
Browse Our Archives
Related posts from Leaving Fundamentalism 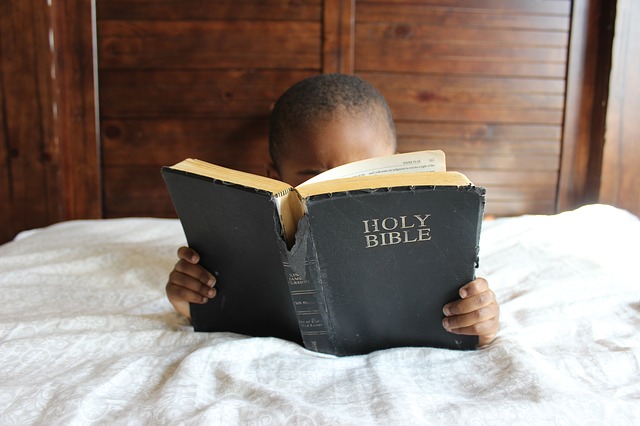 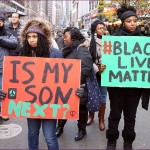 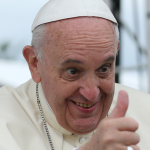 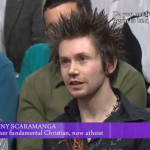