What happened when my prosperity-preaching dad got a brain tumour

What happened when my prosperity-preaching dad got a brain tumour February 15, 2016 Jonny Scaramanga

This morning a friend shared with me this New York Times article about the prosperity gospel and sickness. The author, Kate Bowler, has stage 4 cancer:

I am a historian of the American prosperity gospel. Put simply, the prosperity gospel is the belief that God grants health and wealth to those with the right kind of faith. I spent 10 years interviewing televangelists with spiritual formulas for how to earn God’s miracle money. I held hands with people in wheelchairs being prayed for by celebrities known for their miracle touch. I sat in people’s living rooms and heard about how they never would have dreamed of owning this home without the encouragement they heard on Sundays. …

It is the reason a neighbor knocked on our door to tell my husband that everything happens for a reason.

“I’d love to hear the reason my wife is dying,” he said, in that sweet and sour way he has.

My dad died when I was 17. I utter that sentence usually once a month or more, when people ask me how my parents feel about my atheist activism. I really hate talking about it, not so much because it’s painful, but because it’s complicated. I don’t feel all the things you’re ‘supposed’ to feel about having a deceased father before I reached the age of majority, but I never have the time or the inclination to explain all that to whoever’s asking. I don’t have it here, either. I’ll save it for the book I’m writing.

The other thing I hate is that everybody who knew me back then is convinced I stopped being a Christian because I’m angry at God for my dad’s death. Here, for example, is an excerpt from a message an old church ‘friend’ sent me last year, with regard to my activism against Accelerated Christian Education:

You have blown things totally out of proportion and I find it ironic that you have taken out your anger over your Dad’s very sad death out on a schooling system. I understand that you are very angry at God and I’m really sorry for your loss and also what [our church] said and did to you. I understand your anger at God, I’ve even been there myself but ultimately God did not take your Dad.

For the thousandth time: it’s difficult to be angry at something when you don’t believe it exists, and that nonbelief came much later.

I like Kate Bowler’s article. It’s moving and human. Her perspective, though, is as an outsider to the prosperity gospel. It’s different from the inside, when it’s your responsibility as a believer to use your faith to manifest the healing that Jesus, according to that theology, died to make possible.

Not long before my dad was diagnosed, I’d got into a particularly extreme interpretation of the prosperity gospel that held it was a sin for Christians to be sick. Jesus had undergone the most unbearable torture in order that we could be healed. So for us to continue being sick because of a lack of faith, after everything He went through on our behalf? We might as well have been spitting on His sacrifice.

So when dad got sick, the massed forces of the various churches we had attended rumbled into gear. Robert Maasbach told my mother it was her job to get on her knees and believe for my dad’s healing, and that ultimately it would be up to her whether he lived or died. Various pastors showed up in dad’s hospital ward to pray in tongues and declare that he was The Healed of The Lord.

My dad had been, locally, a well-known preacher. In death, he had let everyone down. Once his faith failed, his friends evaporated. There were a lot of people at his funeral, as you’d expect when someone dies young, but even then there were a few notable absences. After the last of the food at his wake was eaten, though, most of those Christians said a permanent goodbye.

I haven’t seen those people since, so I can only speculate on why they dropped my family like a hot stone. It can’t have been my atheism, because that hadn’t happened yet. Despite my former friends’ conviction that I lost faith because my dad died, I didn’t seriously start questioning Christianity until a year later.

My best guess is that belief in the prosperity gospel is only possible if you operate on a monumental amount of confirmation bias. If you find a way to explain away all the unanswered prayers and focus only on the success stories, you can believe it works. Everyone knew my dad as a man of great faith—a man who lived by faith. I guess being around my family was just a reminder of his death. A reminder that you can do everything ‘right’ and still die of a brain tumour before your kids grow up. A giant question mark over everything they preached. The one thing the prosperity gospel can’t tolerate is question marks.

But mostly I find the daily lives of its believers remarkable and, often, inspirational. They face the impossible and demand that God make a way. They refuse to accept crippling debt as insurmountable. They stubbornly get out of their hospital beds and declare themselves healed, and every now and then, it works.

Perhaps this is true for some believers. Just as often, though, they face the impossible and demand that God make a way instead of taking real-world proactive steps that would make a meaningful difference. They refuse to accept crippling debt as insurmountable by giving money they don’t have to parasitic preachers in the doomed belief it will make them richer. They stubbornly get out of their hospital beds and, somewhat less stubbornly, get into their graves. 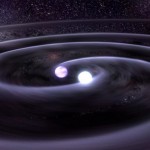 February 12, 2016
Gravitational waves make me glad I'm not a Christian anymore
Next Post 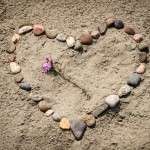 February 25, 2016 Not a Nice Story
Recent Comments
0 | Leave a Comment
Browse Our Archives
get the latest from
Nonreligious
Sign up for our newsletter
POPULAR AT PATHEOS Nonreligious
1