How to tell the difference between creationism and science

How to tell the difference between creationism and science May 18, 2016 Jonny Scaramanga

I finished my PhD thesis on Monday. No, don’t start cheering yet. There’s still a long journey between finishing a thesis and becoming a doctor, but at least at this point I’m unlikely to join the ranks of those who start a PhD and never finish.

I’d love to tell you what’s in it, but I’m going to wait until it’s passed peer review and everything’s official. I also found out tons of great stuff that I couldn’t fit into the thesis. Annoyingly, I have to be careful what I tell you of that, too, because I might want to use some of it in academic journal articles, and they won’t print previously published material.

Robert told me he’d never really been a creationist—”not in the ‘Republicans-ride-dinosaurs’ sense”. He grew up watching science documentaries, and because science was his hobby, he noticed the difference between the coherent framework of mainstream scientists and the ad hoc rationalisations employed by creationists.

While Robert was still attending his ACE school, he did a work experience placement in a molecular biology lab. In the lab, he go to participate in a small group discussion about the evolution of bird nesting with an internationally renowned biology professor. At around the same time, his church hosted two creationist speakers who claimed to have recovered wood from Noah’s Ark. After the church service, Robert’s family hosted the speakers for Sunday lunch. Robert noticed that the way creationists handled his questions was a lot different from the biology professor, who treated his questions respectfully:

I’m sure some of them were the sort of stupid questions that 15-year-olds ask about birds, but nobody batted an eyelid. They were very, they answered my question, you know.

With the creationists, meanwhile:

I asked a question about the gopher wood [from Noah’s Ark], and there was a full-on “Don’t interrupt me, I’m giving my talk,” y’know, “This is God’s Word, you shouldn’t be doubting it.” I think that really solidified for me that this branch of them was nuts, and was not science.

As a measure of science vs pseudo-science, testing their response to questioning can be very revealing. 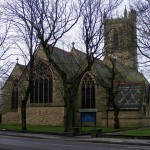 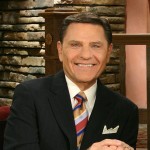