On October 11, 2015, 19-year-old Lucas Leonard was beaten to death in a church in Utica, New York. His 17-year-old brother was hospitalised with severe injuries. This week, People magazine has a feature interviewing former members of the church about their experiences. The headline reads:

We have got to stop doing this. Word of Life, where these atrocities took place, is a church. Although the reports about the church indicate that the church was extremely insular, none of them have reported a single theological teaching that could not be found in many other conservative evangelical pulpits across the USA. The church taught that to be saved you must be ‘Born Again’—the same message that was written in large letters on the sloping roof of a Baptist church in the city where I grew up.

Churches are not either good or evil, either ‘cults’ or ‘Christian’. That kind of binary thinking is for Sith Lords and fundamentalists. Church practices exist on a continuum. They may be more controlling or more liberal, more abusive or more kind, more world-rejecting or more world-affirming. Obviously Word of Life was at the controlling, abusive, world-rejecting extremes of these scales, but it was still a church.

The ACLU, the radical feminists, the militant homosexuals, Planned Parenthood, radical atheists and anti-Christian bigots are using the courts of America to try to wipe out Christianity.

Civil liberties are being obviously promoted for everyone except Christians. They must really feel that Jesus Christ is a threat to their goals, and they are right.

Our God will wipe them out all in due time. God will destroy all who would banish His Son from our society. These people will be thrown into the lake of fire where they will burn in hell forever.

The book is broken up into two parts, the majority of it belonging to “The Witnessing Chapters,” where he tackles topics such as the existence of hell, tithing, prayer and fasting, interspersed with personal anecdotes.

Standard stuff. Obviously, Lucas Leonard’s beating went far beyond what even the most zealous pro-spanking Christian preachers will endorse. Even Michael Pearl at his child-abusing worst has never encouraged parents to beat children for 12 hours. Pearl has said, however: “If your spankings are too light to gain his respect, an increase in the intensity might be more persuasive.” According to Talk2Action:

On p.46 the Pearls say that if a child does obey before being whipped, whip them anyway. And “if you have to sit on him to spank him, then do not hesitate. And hold him there until he is surrendered. Prove that you are bigger, tougher.” “Defeat him totally.”  On p.80 they recommend giving a child having a tantrum “a swift forceful spanking.” On the same page they say to whip small children on their bare skin until they stop screaming. “Don’t be bullied. Give him more of the same.” They say to continue whipping until their crying turns into a “wounded, submissive whimper.”

The Pearls, like Word of Life Utica, are at the extreme end of conservative Christianity, but James Dobson, Gary and Marie Ezzo, J. Richard Fugate and a host of others promote corporal punishment to mainstream evangelicals.

As the American Academy of Paediatrics explains, there is a serious risk that this will descend into worse:

Although spanking may immediately reduce or stop an undesired behavior, its effectiveness decreases with subsequent use. The only way to maintain the initial effect of spanking is to systematically increase the intensity with which it is delivered, which can quickly escalate into abuse.

When we divide congregations into ‘churches’ and ‘cults’, as if there is a clear distinction between the two, it absolves ‘churches’ of the need to consider ways in which their own practices might be controlling, harmful, and abusive. They might not ban their members from socialising with outsiders, but they might still exert social and psychological pressures to limit your social circle to other church members. They might not beat kids with electrical cords, but they might still encourage light spanking, which has the same negative effects. They might not make members live in a commune, but they might isolate themselves from the world in other ways. Churches do these things. Don’t pretend it’s only ‘cults’. 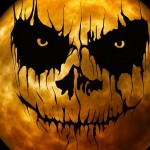