When halloween is the enemy

When halloween is the enemy May 24, 2016 Jonny Scaramanga

Why do parents choose conservative Christian schools for their children?

If you read their own literature on the subject, it turns out that Halloween is a big deal. Obviously parents don’t take their kids out of state school just because the schools talk about trick-or-treating in October. But it is a serious concern to the kind of Christian parents who choose ACE or other kinds of evangelical private school.

One of my research participants kindly lent me two books by Monica Stringer, an advocate of Christian education (I have previously shared a post by Monica in defence of Christian education). In these books, she describes her son’s early experiences at state schools which led her to believe withdrawing her children was the only way to give them a godly education. Each book gives a slightly different account, and it’s worth reading both to get a full picture.

In the first term we had a conflict over stories about witches. She thought they were nothing but fantasy, but we had already taught our son that they were both real and wrong. He was the one to complain to his teacher. He moved on to another school when we moved house and conflict continued, this time over celebrating Hallowe’en. The new head-master of this school called himself a Christian but introduced Hallowe’en parties into the school. The previous headmaster, who claimed to be an atheist, didn’t have them!

(From Monica Stringer, The Next Generation: Whose Responsibility? p. 12, self-published, 1998)

And the later version:

Our oldest child trotted off to a local school at age five and I prayed earnestly that he would have a Christian teacher. I was delighted to have my prayers answered but even so it proved unsatisfactory. This teacher did not share our views that witches were ungodly people and read the ‘Meg and Mog’ series about a friendly witch and her cat to the class. Our son had a strongly negative reaction to this, and it caused a conflict of opinions.

We moved to a village and the same son attended the village school where a new headmaster of a Church of England school who openly declared himself to be a Christian, instituted a Halloween celebration in school! When we objected, he likened us to the Jehovah’s Witnesses who do not celebrate Christmas, so agreed our son did not have to take part!

For anyone unfamiliar, Meg and Mog is a very popular series of children’s picture books (and later TV series) about a witch and her cat:

I went to a normal primary school, and Meg and Mog books were popular. I knew my family didn’t believe in reading that sort of thing, so I carefully avoided them. I can’t remember a teacher reading them to us, though.

Problems over Halloween is a regular theme in literature exploring private evangelical schools in Britain. Here’s how Stephen Dennett, who has been instrumental in the growth of Accelerated Christian Education in the UK, begins his book on Christian education:

‘Please can you help my son?’

The voice on the other end of the phone sounded anxious.

As headteacher of one of the few Christian Bible-based schools in the country, I frequently get telephone calls from desperate parents seeking help for their children. Many have moved house and job just to get their children into a school environment which will teach them i the way God intended. This call was no exception.

‘He’s being bullied at school for being a Christian,’ the voice went on, ‘and now his teacher has started a six-week project on the occult for Hallowe’en. She wouldn’t listen to us when we said we didn’t want him to take part. She said it was part of his essential work.’

I grew up in these circles, and the term ‘the occult’ has a rather different and more sinister meaning for evangelical Christians. For readers of leaving fundamentalism, I imagine the term summons images of (largely harmless) mysticism and woo. Growing up, ‘occult’ and ‘devil worship’ were interchangeable terms.

In Natasha Walter’s excellent profile of ACE schools (if you haven’t read it, do), there’s this exchange:

Another parent, Des Starritt, tells me that one reason he wanted to withdraw his children from state school is that they were given books about witchcraft there. At first I don’t understand, but then I click – he means books by JK Rowling or Philip Pullman. “We would not put Harry Potter in the school library,” says Paul Medlock, the Maranatha headmaster. “It is a book without proper values,” says Ben Pike. “It treats witchcraft lightly.”

By now you’re in the picture: books that are part of fabric of learning to read for many children are, for these parents, doorways to real evil. I had already read all of Roald Dahl’s books before I got to the ACE school, and it’s only recently occurred to me that many of those are probably unacceptable in ACE circles. I definitely can’t remember anyone talking about them, and they weren’t in the school library (which was more of a bookshelf). Obviously The Witches was totally unacceptable. With their exploration of magic and heroes who are glorified for disobeying their parents, I’m guessing other Roald Dahl books are also off-limits for many Christian school students.

The Worst Witch, The Demon Headmaster, Winnie the Witch—for parents who choose evangelical schools, these are not innocent fantasy, but playing with fire. Demon possession and Satan worship are real things, and books which could lead their children in those directions are to be strenuously avoided. Imagine what it’s like for these parents visiting the children’s section of their local bookshop or library. There are hundreds of picture books about witches, every one a reminder of how thoroughly Satan has deceived the world.

I really believe in the ideal of the common school, where children of all faiths and none learn alongside each other. If evangelical children are withdrawn into their own schools, they are deprived of the chance to know and understand children with other beliefs, and people with other beliefs are denied the chance to know and understand them. Conservative evangelicals are a misunderstood bunch, it’s true, but withdrawing their children from mainstream schools just entrenches the problem.

Because of that, I believe that if schools can make reasonable accommodation for children from evangelical families, they should. Meg and Mog are fun books (I’m guessing, not having been allowed to read them at the age when I would probably have found them fun), but I think it’s reasonable that if there’s an evangelical child in the class, teachers could pick an uncontroversial book to read to the entire class.

That might not be enough for evangelical parents, though. Some want Harry Potter and the ilk removed from the school bookshelves altogether. And this is where we reach the limits of accommodation, in my opinion. There is absolutely no reason for other children to be deprived of the joys of reading these books because someone else’s parents doesn’t like them. There’s no reason children shouldn’t enjoy Halloween because it opposes someone else’s religion. Maybe Halloween celebrations are unimportant, but keeping schools inclusive by acknowledging other religious festivals (Diwali, Ramadan) is essential, and equally unacceptable to these parents. So how do we persuade them to keep their children in school?

This isn’t one of those blog posts where I’ve got a good answer, I’m afraid. I’m just trying to lay out the extent of the challenge.

Note: One of the guiding principles of all academic research is to do no harm to participants. Since my participant lent me Monica Stringer’s books for research, not to fuel criticism by atheists, I will be moderating the comments on this post more heavily than usual and will not tolerate attacks or snide remarks. 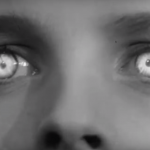 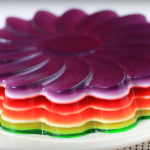 May 25, 2016 Beware the Jelly Creationists
Recent Comments
0 | Leave a Comment
Browse Our Archives
get the latest from
Nonreligious
Sign up for our newsletter
POPULAR AT PATHEOS Nonreligious
1