Ask any conservative Christian and they’ll tell you: Of course we don’t abuse children. We’re opposed to abuse. We use loving biblical correction, which is quite different. Those interested in ending violence against children have therefore been very interested in the results of a recent study which, after analysing 50 years’ worth of data, concluded that ‘mild spanking’ and physical abuse have basically the same effects:

“Our analysis focuses on what most Americans would recognize as spanking and not on potentially abusive behaviors,” says Elizabeth Gershoff, an associate professor of human development and family sciences at The University of Texas at Austin …

Both spanking and physical abuse were associated with the same detrimental child outcomes in the same direction and nearly the same strength.

“We as a society think of spanking and physical abuse as distinct behaviors,” she says. “Yet our research shows that spanking is linked with the same negative child outcomes as abuse, just to a slightly lesser degree.”

Doubtless some readers of Leaving Fundamentalism will be sharing these results with pro-spanking family, friends, and colleagues. But before you do, you should understand the context of this study, and how ‘spanking’ and ‘abuse’ are defined. They make the argument even stronger than you think it is.

A little history: in 2002, Elizabeth Gershoff published what many took to be a definitive refutation of the case for corporal punishment. Her meta-analysis of the data showed that corporal punishment was linked with more immediate compliance from children, yes, but also with these negative outcomes:

Spanking apologists had attacked previous research that linked corporal punishment with negative outcomes. They argued that the research had actually been examining the outcomes of physical abuse, not ‘normal spanking’. Because the data confounded spanking with abuse, these critics said, the data was meaningless. In her meta-analysis, Gershoff was careful to distinguish ‘corporal punishment’ from ‘abuse’ so that her critics could not make this argument again.

However, her critics did make exactly that argument again, and that’s why we have the latest study. I haven’t read the study in full (it came out after I’d already written the punishment chapter for my PhD thesis, and for reasons I’m about to explain, it’s not particularly relevant anyway), but from the announcement, it’s clear that Gershoff has made an even clearer distinction between corporal punishment and abuse, as well as including results of more recent studies, to produce an even more robust finding.

Here’s the important part: To understand what Gershoff is arguing against, you need to know how her critics defined ‘normal spanking’. What were they defending?

First, even spanking defenders say you shouldn’t use a rod, paddle, switch, cane, or other instrument.

When academics defend ‘spanking’, they are not talking about the methods endorsed by conservative Christian ‘child training’ manuals. They are defending spanking as defined by the American Academy of Pediatrics, ie with an open hand. The AAP guidelines state (and on this point experts are unanimous):

In reply to Gershoff, three pro-spanking academics defended spanking when it is “administered with an opened hand to the extremities or buttocks” (emphasis added).

In an earlier review, one of these authors (Robert Larzelere) argued that “nonabusive or customary physical punishment” is not harmful. One of the criteria for this is that corporal punishment is “used without a potentially damaging instrument”.

Second, the maximum number of swats is two.

Larzelere (2000) repeatedly refers to nonabusive spanking as two open-handed swats to the buttocks. He uses the same number in Larzelere and Kuhn (2005) and elsewhere.

So Accelerated Christian Education, for example, which historically set its recommended limit at six strokes, was not only irresponsible in recommending the use of a paddle, but also allowed three times the ‘safe’ number of hits.

Third, spanking must be performed infrequently.

Although they do not all specify an acceptable frequency, all these studies are clear that “frequent or severe punishment of any kind signals the presence of a problem in the family dynamics” (Baumrind, Larzelere and Cowan, 2002). Larzelere (1996) found that spanking children more than once a week was detrimental. I’ve seen studies recommending less than once a week or every two weeks, while Christians like Michael and Debi Pearl have told parents to spank kids every day.

Fourth, all experts agree spanking is unacceptable on infants and teenagers.

Remember, all this was prior to Gershoff’s latest study. I do not write this to defend any kind of spanking. Even before Gershoff’s latest study, I was persuaded that spanking is never acceptable. The risk of spanking turning into more serious abuse is very high, and the evidence shows that other forms of punishment are always at least as effective and usually more effective.* Because of that, if you choose to spank, you are choosing to hit a child when there is a non-violent alternative available. Why would you do that?

My point is that Christian manuals like Dare to Discipline (James Dobson), To Train Up a Child (Michael and Debi Pearl), and Babywise/Growing Families International (Gary and Marie Ezzo) all advocate the kind of punishment which even spanking’s expert defenders admit is abusive and excessive. There is no support for that kind of cruelty, and Gershoff’s latest review of the evidence only pushes them further away from acceptability.

Too long, didn’t read: There is no debate about hitting children with a rod: it’s abuse. The consensus is that even ‘mild’ spanking has the same kinds of harm as physical abuse. But even the small minority of experts who defend it say spanking must be performed rarely and with an open hand only. By their criteria, what conservative Christians advocate is abuse.

Speaking of arguments against spanking, I rather like Olivia’s “It Doesn’t Matter If You Turned Out Fine“.

*As the AAP writes, “There were zero studies presented at the consensus meeting [on corporal punishment] or in Larzelere’s own unique review of the literature that found spanking to be more effective than other methods.”

Comment policy: I put up with enough spanking apologetics on the comment thread for Stop Calling Abusive Churches ‘Cults’, so I will be deleting any comments defending spanking on this thread. The other comment thread remains open, although my patience is wearing thin. 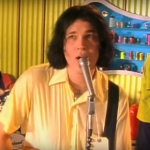 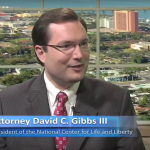