When your family finds Jesus and you don’t

There’s a lot of writing out there about the strain on relationships when you leave a religion and your family remains committed. But what about the reverse situation, when your previously unreligious family members suddenly get enthusiastic about Jesus?

It might not be a problem, but if they get enthusiastic about the kind of Christianity which encourages them to separate themselves from worldly people, it can be an extremely painful process. I recently received this email (edited to remove personal details):

I was brought up in the Anglican tradition, just going to church at Christmas and Easter. When I first married my wife she was not especially religious. She was a Catholic, but after several years of marriage, she renounced Catholicism and got heavily involved in the evangelical church. Strangely, her whole family converted very soon after. She would drag me along from time to time to her church, but I never let myself get taken in. One of their congregation even told me that my father was in Hell, even though he was a good and fair man, because he was an agnostic. I am appalled by their beliefs, but what really worries me is the effect it is having on our children. I have two boys under ten years old, and they believe the whole story. I am worried it will ultimately damage them.

I am finding it quite isolating and I think a lot of people are starting to avoid us too. She is also not keen on my non-religious friends and has made it clear they are not welcome, and so slowly but surely, I am losing my friends.

The email ended with a plea for advice. It’s not the first email I’ve received like that. One came from a woman who was losing touch with her grandchildren. Her daughter had married an evangelical missionary, and now the grandparents were being frozen out of the family life. Her granddaughter had told her she would burn in hell, and she and her husband were no longer invited to visit. Other (Christian) relatives were still in contact, and they insisted there was no problem. The children were being home educated, and my correspondent was worried about the quality of their education.

I don’t have good answers for these situations. I suggested my recent correspondent try getting in touch with a Recovering from Religion group. I expect the advice given to people from religious families who have recently come out as atheists is relevant. But these cases are just heartbreaking, and I know from experience that you can’t argue with a fundamentalist. I see that I never replied to the grandmother who got in touch with me (I’m going to do it now), even though I’ve thought about that email often. It just makes me think about my family.

I have been in this situation from the other side, although thankfully not quite so extremely. My grandparents had relatively little involvement in my family’s life. We did visit them for Sunday lunches occasionally, and they came to visit us too. It wasn’t that we froze them out. It was that we were so busy with church activities that we had little time for family. At its height, we were attending two church services on a Sunday, one on a Wednesday, a youth group on Friday, and sometimes additional prayer meetings and music rehearsals. It takes over your life.

What little time we did spend with my grandparents was often directed at trying to get them Born Again. If we could get my grandad to say the sinner’s prayer, it wouldn’t matter that we hadn’t spent time with him here on Earth. We’d have all of eternity in heaven to make up for it. It drove a wedge between us. I wish more than anything my grandad could have lived to see me escape from that mindset.

The irony is that somewhere, there’s a Christian blogger answering the other side of this question: someone writing to ask what to do about her spouse who resolutely refuses to accept Jesus.

Like I said, I don’t have an answer, so I’m throwing this open to readers.

What would you say to people in this situation?

What do you do if your family joins a religion that pushes you away? 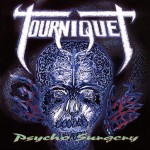 June 2, 2016
Christian Rock Thursdays: Avoid cults (except ours!)
Next Post 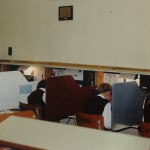 Why There Are So Many Gen Z Atheists
Evangelical Christians preach personal responsibility, but they're unwilling to practice it.
view all Nonreligious blogs
What Are Your Thoughts?leave a comment
Copyright 2008-2017, Patheos. All rights reserved.