A dictatorship which does not aim to teach but to control

A dictatorship which does not aim to teach but to control July 19, 2017 Jonny Scaramanga

This is an anonymous guest post. For more context on why I find this post so remarkable, see my comments at the end.

With every sentence of writing this I have felt guilty but have come to understand that this feeling is familiar as long as I’m doing anything I know ‘they’ would not like. So, I carry this guilt, and have already decided that if this can save one person from the struggle that I have had to face then it’s worth it.

As someone who attended an Accelerated Christian Education (ACE) school from the ages of 3 – 15 I learned not to question and not to ask questions, because you must be obedient and “obey them that have the rule over you.”

As with most faith schools my parents attended the church which had services held on both days of the weekend. This meant that unless I was ill, I simply attended that building 7 days a week. I had no external life and didn’t know what living was. All I knew was to work as diligently as possible and be completely passive. When I look back on my school life I wonder how I survived.

The majority of ACE schools seem to be linked to churches. Every subject taught is infused with religion and a perception of the way one ought to behave. There was constant segregation between the boys and girls and healthy friendships between the sexes were quickly put a stop to. Mobile phones had to be turned in at the beginning of the day and were returned at the end. There was a lot of unfairness, which was especially evident when you consider that every authority figure had their own children in the school and there was no way they were going to let anyone be better than their kids. If you had talent, it would be hidden. You could get through the workbooks, or PACEs (Packets of Accelerate Christian Education), as long as you were not catching up to their kids. When I did, my literature PACE was taken away.

From 11 years old you were considered a ‘homeschooler’ which meant no more music or art classes.  It was just devotions and PACE work (in your ‘office’ with dividers to ensure you had no contact with the other children) until I was finally able to leave. If it sounds like a prison or is reminiscent of the film Matilda, I also made that connection.

Upon leaving, I had no respect for education and found it pointless. I had spent years in school and I felt like I knew nothing. I was extremely anti-social with no idea how to make friends. The people I knew, I had known forever, and I was desperate to be free from my cult-like surrounding. Only I wasn’t able to fly.

To say I had a culture shock when I left and went to college is an understatement. Here I was free to be like other teens, free to socialise, and explore the outside world that I longed to get into. But I struggled to adapt. I soon realised that I was not as incredibly smart as the A-star student that was depicted from my ACE grades. The reason for that is because the ACE curriculum does not actually teach you, you teach yourself. You do not have to learn and all that is required are memorisation skills. You memorise so you can pass the test and then you very quickly forget the rest. My grades had fooled me, my student convention medals had duped me, and nothing I had meant anything in the real world.

When I dropped out of college my spirit was broken. I had no idea what to do or what I was good at or who I was. I felt disabled in every way and fell into a deep depression. I barely left my house for two years and remember being so low that it was a struggle to say my name if there were more than two people in a room. I only wanted to disappear. The effects couldn’t be denied on one trip when I remember travelling in a car with someone and they unexpectedly  turned down the school road. I literally climbed into the car boot just in case someone from there was walking by. At this point I knew I was experiencing some type of trauma but I had no idea how to deal with it. I wanted to be fixed. It seemed  there was no cure from the anxiety that would have me on edge constantly because I would need to be prepared just in case the head teacher had an outburst that she would direct towards me.

There was so much public humiliation and slandering of children for such menial and ridiculous things. The whole system of merits and demerits, talking in class, and the dreaded ‘vestry’ that you would be called into if you were in trouble or if they felt like you were developing a mind of your own and they wanted to put a stop to it. This room was mostly used to intimidate and instil fear into children as they were interrogated for periods of time; it also occasionally meant the paddle.

The head teacher and pastor genuinely seemed to get a high from breaking children’s spirits.  It was as if your fears and tears recharged their batteries.  The head teacher also thought of herself as one of God’s prophets. There were plenty of occasions where she felt she could predict our futures . For the girls in the room, the prediction was almost always a teen mum. One instance she went around the room inflicting her predictions: ‘do you wanna have a baby at 15’, ‘do you wanna be a shoplifter’, ‘do you wanna grow up and be a rapist’, all whilst reinforcing a message that unless you follow my rules this is how you will end up.

It seems far-fetched and outrageous that this could go on. An Ofsted inspection gave a good report. Of course they would because these people were master manipulators. They knew how to make things appear. Inspectors were given the schoolwork of the teachers’ children. They spoke to the prefects who were all part of the family also.

One of the hardest things is how alone you feel. It’s an abuse that is so strategic that it can’t be pinpointed down to one thing. You can try and explain but it is something that you have to have experienced to really understand. I just wanted to avoid people because they would never understand how I felt, or they might be evil. I thought people outside were evil because in my mind if the leaders and teachers are the most righteous and they deliberately crush beautiful potential out of children how much worse must the others be. I grow weary of trying to explain the gaps on my CV – time after I left that was utilised on catching-up and learning things I should have had the opportunity to learn about in school. An interview means questions and that takes me right back to the child in a vestry.

Lost and hopeless seems to be a recurring theme from attending these schools. They are intentional in their propagandist messages (through the comics) that there is only one way to live and that is their way. Submit to their will or be punished and doomed to hell. They use religion as a form of slavery, making it seem that they are directly linked to God and to oppose them makes you anti-Godly.

With this belief imposed upon you when you’re barely out of nappies you can only imagine how difficult it is to reprogram your mind and reconstruct a puzzle for which there are no pieces. To sum up my experience, the ACE curriculum, along with the types of people that seem to gravitate towards it, is a dictatorship which does not aim to teach but rather to control. The ACE system provides them with a way to legally abuse children and render them useless outside of their school gates.

I have since tried many things to help my recovery, but now realise that I can’t recover. It would mean going back to who I was previously, which was a toddler. Now, I can only try to become the adult I want to be. It’s a daily journey that I take literally one hour at a time, on a learning process that has meant going back to start over in a world that is decades ahead of you.

P.S. To any parents who think this is a good system where their child/children will learn Biblical principles (I understand you wanting your kids to have a firm spiritual foundation if that is your belief), please realise that your child/children do not leave school and immediately enter Heaven’s pearly gates. They will then have a life to live for which they will be gravely unprepared.

This post was originally published on Faith Schoolers Anonymous in November 2016. When it was submitted, the webmaster found it so powerful that he emailed me immediately to tell me about it, and he put me in touch with the post’s author. I found it remarkable because the post makes many of the same points as my PhD, but I’d only passed my viva exam a few weeks previously and at that point only six people besides me had seen my thesis.

From talking to her, I discovered these facts:

Her experience of ACE resonates strongly with the experiences of people she had never spoken to. This is powerful confirmation for those struggling to come to terms with their experiences that they are not alone. 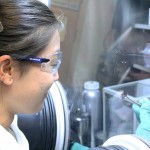 July 14, 2017
How should skeptics view qualitative research?
Next Post