This anonymous guest post from a woman who attended Emmanuel College, Gateshead, as a child. It was sent in response to last week’s guest post on the same subject. A Christian school, Emmanuel College was among the first academies (schools which can receive additional funding from corporate sponsors). It was championed by Tony Blair.

I started life at Emmanuel College eccentric-but-happy, with one of the most promising academic futures of my primary school class. Sadly I became ill with depression aged 13, and things came to a head for me in Sixth Form where I was miserable, anxious, suicidal and sleep-deprived.

From the “chats” I had in the offices of senior staff, I received the impression that I was looked on as a sad child who hadn’t found God. In reality I was falling asleep in class, bursting into tears and talking about killing myself. On one occasion, on a school trip, I broke down and confessed that I had a specific suicide plan – the staff just threatened to send me home from the trip. At the time I myself didn’t realise that I had clinical depression (although it must have been clear to anyone else), and I absorbed the view that there wasn’t really anything wrong and I was just looking for attention.

I was also ill with anxiety due to the pressures of schoolwork, and I wasn’t the only one. My symptoms were vomiting, insomnia and even chest pains. I feel like the academic workload placed on me by the school didn’t take into account my fragile mental state. When I received my A-Level results I broke down sobbing in the car as all those years of pressure hit me at once.

I do have to say that Emmanuel wasn’t completely to blame for my mental health problems; I was genetically likely to develop depression, and I should have been supported at home. During Sixth Form I was sent to one of the school’s pastoral team for a few talking sessions. It just wasn’t nearly enough, unfortunately.

Also during my time at Emmanuel I went from having a naïve belief in the Christian God to becoming an atheist. One positive way I can spin the Christian ethos is that it certainly forced me to think about my beliefs! On the negative side, being taught from a Christian point of view does leave weaknesses in your education.

Science teachers seemed to follow a certain code regarding evolution: when a textbook or video presumed it as fact, the teacher would briefly stop and dispute it. One chemistry teacher, who had a Ph.D., said that evolution was “just a theory” and that there are plenty of Christian scientists who believe otherwise. Another teacher, also with a Ph.D. in physics, paused a video mentioning the Big Bang to say that that wasn’t what he believed. We were given a talk by a geologist who didn’t believe in evolution and our Head of Science was a member of a Creationist group.

Our sex education was extremely lacking and arguably more dangerous than helpful. It began aged 16 when many students were already sexually active. We were shown a few pictures of STDs and taught that abstinence until marriage was the only way to prevent contracting them. We had worksheets to fill out which had us rank methods of contraception in order of uselessness. We were given a talk by a real, practising Christian doctor whose main catchphrase was “Sex is fire!” and who, when asked directly about condoms, refused to endorse using them because it went against his personal beliefs.

Of course there was no education at all for LGBT people.

The school’s approach to homosexuality was, in my experience, a code of silence. When the subject came up we were hushed. The only thing I heard from a teacher was that old chestnut, “It’s Adam and Eve, not Adam and Steve!” I was lucky in that I only started exploring my sexuality after I left, so I didn’t have the unfortunate experience of being LGBT at Emmanuel.

The Christian ethos was pervasive and occasionally forced upon us; for instance, one morning the Vice Principal decided we weren’t singing the hymn loudly enough so the whole year group had to give up their break time and stand singing the hymn repeatedly until he was satisfied. One form tutor forced us to write prayers to God, I believe in response to 9/11.

I want to end by saying that the school wasn’t all bad—they do produce excellent academic results and I largely support their strict approach to discipline. Some of the staff gave me good support and most, if not all, genuinely cared about us. But my mental wellbeing was, as a whole, let down, and their Christian ethos did lead to holes in our education.

Since last week’s post, I have also seen an email from a former Emmanuel College student sent to Faith Schoolers Anonymous. It wasn’t submitted as a post, but as a message to the post’s author, which I was asked to pass on. It was a lovely message of support, confirming that this student had experienced many of the same things and thanking her for writing the post. I hope that Faith Schoolers Anonymous will continue to give support to former students who feel they were not well served by their schools.

July 24, 2017
A New Zealand school openly flouted corporal punishment law for years and no one cared
Next Post 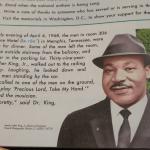 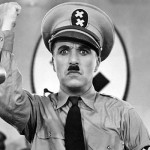 Nonreligious
A dictatorship which does not aim to teach...
Leaving Fundamentalism