It’s time to move on from ACE

It’s time to move on from ACE February 18, 2018 Jonny Scaramanga

It’s been a while since I’ve blogged, so here’s an update for any especially loyal readers who might be interested in where I’ve been and the future of this blog.

In December, a paper I co-authored with Michael Reiss was published in the Journal of Curriculum Studies about racism in the Accelerated Christian Education curriculum. I didn’t blog about it here because I fully expected it to get media coverage, and the media are weird. They won’t write about anything that’s already been publicised (even if their readers don’t know about it) because then it isn’t news. So I kept quiet about my paper thinking it would wind up in a newspaper. After all, in November a relatively boring paper we had written about ACE’s assessment regime got quite a lot of attention. In my mind, the new paper was both more interesting and more important. I emailed Michael telling him we might wind up on Fox News, and I wasn’t entirely joking.

As you’re no doubt aware, that paper did not exactly create a media storm. To my knowledge, exactly zero journalists and bloggers have written about it so far. Now, I was aware that white people in general and the media in particular do not much care about racism, because black activists have been telling us for some time. Nevertheless, it is one thing to know about this indifference in the abstract, but it doesn’t feel the same as experiencing it. I was shocked at journalists’ total non-interest in a story about a racist messages in a curriculum which have gone unnoticed by school inspectors in the UK, and which have received voucher funding in the USA. One journalist was half interested, but then the Huffington Post did an exposé on the Christian curricula in US voucher programs (if you’re interested in this blog, you should read it). The journalist decided that this meant there was no longer any point in writing anything on the subject. This annoyed me because our paper makes numerous points not covered by the Huffington Post article, but mostly because it was published a week before the HuffPo, so if he had paid attention he wouldn’t have been scooped.

Also in December, the Patheos Nonreligious channel collectively published a book called Not Seeing God: Atheism in the 21st Century, featuring contributions from me and most of my blogging colleagues. It’s good; you should check it out. Anyway, my chapter (not available anywhere else) chronicled my blogging and campaigning activities over the previous five years. If you read it, you’ll get a sense of my exhaustion and frustration with the whole thing. The latest round of media apathy was galling because I thought this would be my vindication. In 2012, I wrote an article for the Guardian about ACE’s racism, and it was squashed by their lawyers, who were worried about getting sued. So I collected all the evidence and, with Michael Reiss, wrote it up in a peer-reviewed journal. We documented evidence for all the claims I’d originally made in my draft Guardian article and many more besides. It still wasn’t enough to make people pay attention.

My experience with the media ignoring the Journal of Curriculum Studies article made me realise what I should have known a long time ago, which is that I have to stop talking and thinking about ACE for the good of my health. So in January I finally took that decision. I emailed Michael Reiss and explained that I would not be finishing another article on ACE we had been co-authoring. I resigned as admin from the two ACE Facebook groups I used to run, and then left them altogether. Last week, the National Secular Society asked me for comment on a story about an ACE school that got a shocking Ofsted report, and I declined. I am absolutely done.

Every day since I made that decision I’ve reflected on how right it is. My mental health has massively improved, to the point where I’m not sure if it’s still worth paying my therapist. I’ve felt happier than I have in ages. Writing this is making me feel terrible again, and reminding me how good it has been not to think about ACE. As it happens, shortly before I decided to quit all campaigning, I put in one last Advertising Standards Authority complaint against Christian Education Europe, and it was upheld last week (but doesn’t appear to be in the online ASA database at the time of writing). That seems as good a note as any to end on.

So what does that mean for this blog? Officially the title of this blog is Leaving Fundamentalism, but a more accurate title for most of the posts would be “ACE SUCKS AND WHY DOES NO ONE KNOW OR CARE ABOUT THIS????!!!!” which is difficult to fit on a masthead. Maybe it’s time for this blog to be about finding a life that is meaningful and worthwhile outside of fundamentalism. A blog about moving on.

It depends on how writing a blog like that would make me feel. If it makes me feel like writing this post has, then I have to stop blogging altogether. I can’t do this anymore, and I should have stopped a long time ago. But if we—that is me and you, my readers—can go on an adventure together looking for meaning and happiness in this lifetime, then that will be worth doing.

Maybe I’ll see you there. Or maybe I’m just going to play guitar forever and forget all of this ever happened. I don’t know. I just know I have a PhD in a topic that my mental health won’t allow me to think about, fifty-ish years left on this planet, and a chance to make them count. I just have to figure out what ‘making them count’ means.

November 2, 2017
Should the ICCE be accepted for university entrance?
Next Post 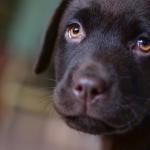 February 18, 2018
Recent Comments
0 | Leave a Comment
Browse Our Archives
get the latest from
Nonreligious
Sign up for our newsletter
POPULAR AT PATHEOS Nonreligious
1

'Provocative' critic of Islam stabbed at...
The Freethinker
Related posts from Leaving Fundamentalism 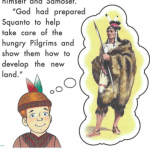 Nonreligious
How to indoctrinate your kids: A Christian curriculum...
Leaving Fundamentalism 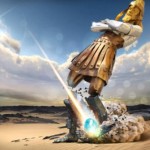