The men of Shechem betray Abimelech, and so Abimelech attacks and burns the city to the ground. He does it by cutting a branch and carrying it to the inner chamber of the tower of Shechem. The rest of his men do the same, and they set the branches on fire, which kills a thousand of the men of Shechem – a foretaste of Samson’s later victory over the Philistines (Judges 9:48-49).

April 14, 2011 Grafted in
Browse Our Archives
get the latest from
Evangelical
Sign up for our newsletter
Related posts from Leithart 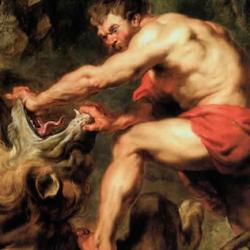 Should Christians Fight the Culture or Try to...
A controversy has broken out among evangelical Christians on whether Christians should...
view all Evangelical blogs
Copyright 2008-2021, Patheos. All rights reserved.