Jesus Is Lord, Caesar Not

Jesus Is Lord, Caesar Is Not: Evaluating Empire in New Testament Studies

, edited by Scot McKnight and Joseph B. Modica, aims to provide an accurate and balanced treatment of the New Testament’s treatment of empire. In their introduction, McKnight and Modica define empire criticism as a mode of interpretation that “asks us to listen closer to the sounds of the empire and the sounds of challenging empire at work in the pages of the New Testament” (17). If the empire critics are right, and the Bible has been coopted to promote rather than challenge power, it’s big news. But they ask, “Are we reading Rome and Caesar into the New Testament or are we reading what is actually there ?”

To evaluate empire criticism, they offer a five-point method (17-19). Empire critics start with the observation that the Bible sometimes explicitly challenges empire and empires worship (they quote Acts 14:14-18). Second, they highlight terms in the New Testament that were also used in the imperial cult. When several of these occur together in a passage, it’s plausible to say that the passage is criticizing the empire. But the third point is “tricky”: Some empire critics, having established that the Bible sometimes overtly criticizes Rome, conclude that the biblical writers are subtly subverting Rome even when it seems to be endorsing it. Some suggest that “only blinding ideology” prevents us from seeing the implied criticism of Rome in a passage like Romans 13.

Empire critics are, fourth, read the biblical texts with the sensitivity of an ancient historian.

“Good Roman historians caught many Bible readers unawares. If a century ago Bible readers knew their Roman history and customs well, today’s Bible readers are often more informed of the Jewish context but much less so of the Roman context. Few serious Bible readers can read Latin anymore.” The result is that someone who does read Latin and knows Roman culture reads echoes of that culture in the Bible that the everyday reader completely misses. An empire critic who has studied Roman history will read Acts 27 and “observe that this sure sounds like an emperor’s staged parade into Rome with his retinue,” drawing the conclusion that “Luke is mocking Rome.” (This take on Acts 27 makes a lot of sense, though I think it is less a mockery of Rome than an apostolic conquest!) In any case, the problem is that once you start looking you can find allusions to Rome, empire, and imperial ideology all over the place. “If you play this hand too often,” they observe, “it gets suspicious.”

Finally, the editors observe that empire criticism of the New Testament is often involved to promote a “progressive, left-wing, neo-Marxist, or whatever, politics.” McKnight cites a British scholar who describes empire criticism as “a North American, university-shaped method designed to critique American international policies.” McKnight and Modica don’t think it’s an accident that “empire criticism became most popular during the Bush years.”

If the contributors to this volume maintain the wise, measured stance of the editors, this promises to be an extremely useful contribution to New Testament political theology. 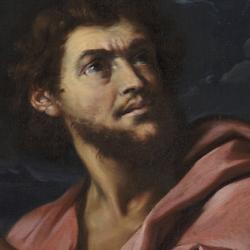 Evangelical
Was Jesus A Pauper?
Leithart
TRENDING AT PATHEOS Evangelical