A week ago, I posted a series of quotations from James Neill’s Origins and Role of Same-Sex Relations in Human Societies. Neill shows that same-sex relations are common among animals and standard practice in many human societies. In what sense, then can we describe same-sex relations, as Paul does in Romans 1, as “unnatural”?

I concluded that “The claim that homosexuality is ‘unnatural’ has weight only if ‘nature’ is tied to a notion of proper ends and goods. The claim would then be that same-sex relations violate the purposes and aims of human sexuality. But discovering those aims and purposes apparently requires more than a study of nature.”

I alluded to Romans 1 in that post, but a reader pointed out that Paul actually says something more subtle. He was right, and so the following corrects and amplifies that earlier post.

One of Paul’s claims in Romans 1 is that all human beings know God (v. 21) through creation (v. 20). This knowledge of God includes knowledge of what Paul calls the “ordinance of God” (v. 32), specifically, the ordinance that those who practice the evils Paul lists in verses 28-31 “are worthy of death” (v. 32).

That seems to include standards of sexual behavior. Through the creation, human beings know the ordinance of God that there is a “natural function” for sexuality. And in knowing God they also know that it is “unnatural” for men to commit indecent acts with men (vv. 26-27). That is, creation itself reveals, to some degree, the proper ends and goals of sexuality.

One of Paul’s other main claims is that human beings suppress what they know from the creation, so that they become futile, with dark hearts, foolish idolaters (vv. 21-23). Even though they know the ordinance of God, and know that they practice things that deserve death, “they also give hearty approval to those who practice them” (v. 32).

Again, though Paul doesn’t directly apply this to sexuality, we can infer as much. Though creation shows that same-sex relations are unnatural, some resist this knowledge so much that they give hearty approval to same-sex relations. That seems like a fair description of today’s landscape.

However we tease it out, Paul is saying that in their fallen condition human beings both know and do not know God’s requirements regarding sex. And he is also saying that in some historical moments the not knowing becomes dominant, though it never entirely suppresses the knowing. (Of course, we know about this dynamic of knowing and not-knowing from Paul, that is, from revelation. Creation was never intended to be the sole source for moral knowledge. Even unfallen Adam needed the Word of God.)

In cultures of darkness, the explicit commands of revelation appear unnatural, and the judgment that same-sex relations to be “unnatural” can no longer rest on a consensus about what is natural. Today, many appeal to nature  -that is, the behavior of animals and the common behavior of human beings – to support same-sex relations. Francesca Murphy has recently written that marriage has now become a matter of faith. We can say the same about sexuality in general.

Neill’s book shows that this has been a fairly common condition in human society. As Paul leads us to expect, we can find plenty of examples of cultures that are “futile in speculation” and whose “foolish hearts have become dark.” We are living in one right now. MH Abrams once said that we live in a biblical culture where what we are habituated to take biblical concepts as universal truths. That was true when Abrams wrote it, but that biblical culture is fading.

Practically speaking, I suspect that appeals to creation are not going to be very effective. Many today don’t believe that ends are evident in the natural world at all; many believe that we have the right to assert our will over nature in defiance of whatever contours nature itself might have. The cleverest advocates of same-sex marriage notice that appeals to nature rest on concealed theological claims. Of course, practically speaking, appeals to revelation aren’t likely to be effective either.

Paul’s description of the complex state of moral knowledge does, however, give hope that our appeals for sexual purity aren’t in vain. If we say, “Look here, men and women are physically designed for one another,” we are appealing to something that everyone knows, however suppressed that knowledge is. If we say, “Sex is about more than pleasure – sex leads to reproduction,” we are not speaking in a void. Even God’s revealed demands for sexual purity don’t come out of the blue, but come to people who live in God’s world and who “know the ordinance of God,” again no matter how suppressed that knowledge may be.

Paul implies that, even in an age of massive sexual confusion, our appeals to both creation and revelation may still catch the conscience. 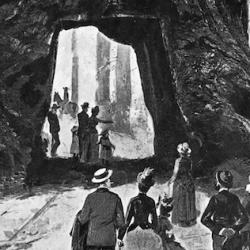