Sociologists want to present themselves as objective scientists of the social order, but when Christian Smith looks at his disciple he doesn’t see science. He sees the Sacred Project of American Sociology, sociology constituted as a project that he is even willing to describe as “spiritual.” He applies a “sociology of religion” to the discipline of American sociology itself.

He is careful to define his terms. “Sacred” and “spiritual” don’t necessarily connote belief in religious doctrines or spiritual beings. Sacred refers to “things set apart from the profane and forbidden to be violated” (1). “Spiritual” refers to “that dimension of human life that concerns the most profound, meaningful, and transcendent visions of human existence, feeling, and desires,” those “beliefs, longings and experiences . . . about the greatest and highest good, truth, righteousness, value, vitality, meaning, and beauty” (2).

Contrary to standard definitions of sociology as an a-telic pursuit of insight and knowledge, Smith argues that sociology has an agenda, “visionary project of realizing the emancipation, equality, and moral affirmation of all human beings as autonomous, self-directly, individual agents (who should be) out to live their lives as they personally so desire, by constructing their own favored identities, entering and exiting relationship as they choose, and equally enjoying the gratification of experiential, material, and bodily pleasures” (7-8). Sociology isn’t philosophically neutral, but pursues a vision of the “good life and society” as one that “throws off the restrictive, repressive constraints placed on the gratification of individual pleasures and frees everyone to satisfy any pleasure that she or he so desires” (17).

Borrowing from the aims of Christianity, sociology unsurprisingly offers “a secular salvation story” with roots in the “Enlightenment, liberalism, Marxism, reformist progressivism, pragmatism, therapeutic culture, sexual liberation, civil rights, feminism, and so on” (20). Some sociologists are true believers; others are tacitly friendly to the project. Describing sociology in this terms has a couple of advantages: It’s sure to shock, and so has some rhetorical punch. But it also helps to explain some of the behavior that Smith describes in the book. As he shows, the reaction to sociology’s “heretics” isn’t rational discussion and dispassionate weighing of evidence.

Smith draws his evidence in part from books and journals in the discipline. He does what he can to avoid the charge of “cherry picking” evidence, and shows that the typical sociology text is not a statistical analysis but a study of a threatening social problem brought about by injustices committed by elites, and the research aims to mobilize “social and political movements for political and economic change” (40). He examines the program of a recent meeting of the American Sociological Association (ASA) and comes to the same conclusion. He admits that some sections of ASA don’t reflect the sacred project, but presents evidence that the vast majority do. He also cites anecdotal evidence from conversations with grad students who focus their research, for instance, on learning what the “enemies” are up to (enemies being the Religious Right).

What is missing, he points out, is as important as what is researched and written upon. There are few or no studies of theologically-oriented sociology, studies of efficient economic growth, the role of pain and suffering in personal growth, persecution and martyrdom, spiritual “retardation” (66-7).

One of his most extensive, and most damning, bits of evidence has to do with the reaction of the sociological community to University of Texas sociology Mark Regnerus’s 2012 article that concluded that “adult children of parents who had had one or more same-sex romantic relationships fared significantly worse as adults on many emotional and material measures than their adult peers who were raised in an intact, biological family” (102). The reaction was vicious, with sociologists attacking like tribesmen protecting a shrine. It is, Smith rightly says, an unsavory episode in recent sociology.

Smith is measured in his evaluation of the goals of the sacred project. Some he sympathizes with, others not. The problem is severalfold. It’s partly that sociology is in denial about itself; it doesn’t admit to its own spiritual agenda. Because the sacred must be guarded, viciously if necessary, sociology has become “boringly homogenous, reticently conflict-averse, philosophically ignorant, and intellectual torpid” (144). The animus of sociology’s project to organized religion, and especially to Christianity, has led it to misread evidence (e.g., secularization theory) and miss trends (e.g., the decidedly unsecular present). Smith worries about the corruption of the peer review process, and the self-appointment of sociological gatekeepers on the internet.

Smith concludes that there is no obvious way to hold sociology accountable. Perhaps this courageous, hard-hitting book might stir the pot just enough to get sociologists to take another look at their totems.

November 11, 2014 Fire, Smoke, Brimstone
Browse Our Archives
get the latest from
Evangelical
Sign up for our newsletter
POPULAR AT PATHEOS Evangelical
1

How I Tried on Liberal Christianity...
Roger E. Olson
Related posts from Leithart 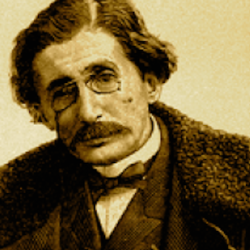 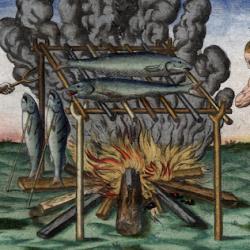