In Praise of the Repairman

Matthew Crawford is an advocate for the moral and intellectual value of manual labor. He argues in Shop Class as Soulcraft that “The moral significance of work that grapples with material things may lie in the simple fact that such things lie outside the self. A washing machine, for example, surely exists to serve our needs, but in contending with one that is broken, you have to ask what it needs. At such a moment, technology is no longer a means by which our mastery of the world is extended, but an affront to our usual self-absorption. Constantly seeking self-affirmation, the narcissist views everything as an extension of his will, and therefore has only a tenuous grasp on the world of objects as something independent. He is prone to magical thinking and delusions of omnipotence. A repairman, on the other hand, puts himself in the service of others, and fixes the things they depend on.”

The repairman thus “chastens the easy fantasy of mastery that permeates modern culture. The repairman has to begin each job by getting outside his own head and noticing things; he has to look carefully and listen to the ailing machine.” Repairmen are called in when things to wrong, when our dependence on things we don’t understand comes ti “vivid awareness.” As a result, “the repairman’s presence may make the narcissist uncomfortable. The problem isn’t so much that he is dirty, or uncouth. Rather, he seems to pose a challenge to our self-understanding that is somehow fundamental.” A repairman or craftsman “refers to objective standards that do not issue from the self and its desires.”

He is also a challenge to consumerism: The “craftsman is proud of what he has made, and cherishes it, while the consumer discards things that are perfectly serviceable in his restless pursuit of the new. The craftsman is then more possessive, more tied to what is present, the dead incarnation of past labor; the consumer is more free, more imaginative, and so more valorous according to those who would sell us things.”

Contrary to popular prejudice, Crawford argues that manual labor is intellectually demanding, having the same epistemological structure as scientific research: ” Skilled manual labor entails a systematic encounter with the material world, precisely the kind of encounter that gives rise to natural science. From its earliest practice, craft knowledge has entailed knowledge of the ‘ways’ of one’s materials—that is, knowledge of their nature, acquired through disciplined perception.” In fact, craftsmanship demands an engagement with stubborn material realities that science has tried to escape: “with the advent of idealizations such as the frictionless surface and the perfect vacuum, science, too, adopted a paradoxically otherworldly ideal of how we come to know nature: through mental constructions that are more intellectually tractable than material reality, hence amenable to mathematical representation.”

The repairman doesn’t have the luxury of speculating on frictionless surfaces. He has to employ his imagination, his stock of knowledge, his hunches and his judgment to things that are, things that don’t bend to his whim. He is a living refutation of solipsism and gnostic transcendence. 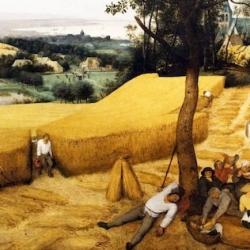 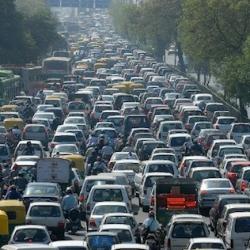