The Beginning of Politics by Moshe Habertal and Stephen Holmes is a study of politics in the book of Samuel. Unlike other commentators, they don’t believe that the author is a partisan, either of a pro- or an anti-David faction. That line of interpretation “can distract from the book’s theoretical significance.” In their view, “Its author didn’t write a political book . . . but rater a book about politics” (1–2). The result is a remarkably insightful study of the political wisdom offered by a biblical book.

Though not spelled out explicitly, Halbertal and Holmes make two general assumptions: First: narrative is a proper form of political theorizing or theologizing. They tease out principles and conclusions, often pithily stated, but their book is a commentary on the text and its narrative. Second: political theory doesn’t attempt to transcend the messy and lurid realities of a court and its gossip, or the personal motivations, likes and dislikes, behind political action. Rather, they show that for the author of Samuel the psychological is the political.

To illustrate both of these assumptions: In their discussion of Saul’s slaughter of the priests at Nob, they call attention to Doeg the Edomite’s misreporting of David’s actions when he visits the priestly settlement. Saul is in a rage, suspicious of his court, and threatening them. Doeg shrewdly misdirects Saul’s wrath elsewhere. He doesn’t mention that David misled the priests about his mission and he says that Ahimelech the priest consulted Yahweh on David’s behalf, which never happened. Doeg tells the story to pin the guilt on the priests, and to ensure his own safety. Ahimelech meanwhile doesn’t even mention David’s deception, perhaps in an effort to avoid incriminating David.

This episode is part of the authors’ analysis of paranoia as a source of political violence. Initially modest and unaspiring, Saul now devotes all his energies to protecting his power. When maintenance of power becomes the end of political life, every enormity can be justified. Saul manipulates everyone around him to keep power, and assumes that everyone else is motivated by similar aims; he sees schemers on every side. There is “a deep link between violence and paranoia, between the slaughter of innocents and the all-corrosive distrust by the supreme ruler’s disorienting isolation.” Once “the line of justice is preached and capital charges are lodged against manifestly innocent people, the bloodshed will not stop at the circle of those initially indicted.” Violence expands, and changes the relationship between ruler and court. Saul demands proof of loyalty, and “nothing . . . demonstrates loyalty more effectively than willingness to commit a heinous crime.” Saul acts through the foreigner Doeg, so that the two are bound by “a bond of blood guilt” though they are not bound by blood.  Paranoia puts the ruler into a vicious cycle of violence; Saul can never be secure enough. Paranoia breeds injustice and makes the ruler politically ineffective: “The great power in the hands of a paranoid king changes the incentives of his entourage, leading them to shade the truth in his presence and choking off even more completely his limited access to reliable information” (76–78).

Saul’s violence arises from paranoia, his belief that he is surrounded by threats. David’s abuse of power comes from the opposite situation—from “overconfidence, a sense of entitlement, and decadence” (79). Halbertal and Holmes note that political power involves the ability to act at a distance, to delegate and thereby initiate causal chains (82). This power, inherent in political authority, has a dark side: It can “artificially dissociat[e] the sovereign from the violence committed on his behalf” (83). A ruler can act mercilessly while fooling himself into thinking he’s pure: After all, he didn’t pull the trigger: “The burden of committing an act of political violence is thus distributed piecemeal, along a chain of agents.” This expands the scope of imaginable action. It makes it possible for a king to carry out an execution that doesn’t look like an execution, as David does with Uriah: “David would presumably never have undertaken, or even imagined, such a heinous crime” if he had not been secure in his sovereign power (87).

I don’t agree with all of Halbertal’s and Holmes’s premises or conclusions. I don’t think Samuel was motivated by personal resentment, or that he set traps for Saul. David seems opaque only if you don’t take his public professions a face value, but perhaps that’s what the author wants us to do. They are right that Samuel, in contrast to the political mythologies of the ANE, presents kingship as a human construct, not as a gift descending from heaven, but that doesn’t mean politics becomes a “purely human political domain” (14), and the belief that it does leads them to marginalize the role of Yahweh and His commandments in the politics of Samuel. Yahweh doesn’t, it’s true, have the same role in Samuel that he has in Judges, but that doesn’t make him “a retired king who is no longer active in his role” (15). Occasionally, there’s an odd slip, as in their suggestion that Bathsheba “may have planned” her pregnancy (83).

Overall, though, the book makes good on its promise of drawing a “fine-grained phenomenology of political power” from 1–2 Samuel (3).

May 22, 2017 The Holiness of Pharaoh's Daughter
Browse Our Archives
Related posts from Leithart

Evangelical
Of Saints and Senators
Leithart 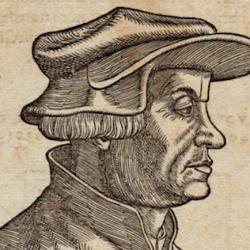