At the New Yorker, Blythe Roberson is having fun imagining futuristic updates of Jane Austen’s novels. Real-life efforts to update Austen aren’t nearly as much fun.

Paula Hollingsworth ends her The Spirituality of Jane Austen by summarizing the plots of the novels in the “Jane Austen Project,” a HarperCollins attempt to “set the stories of Jane Austen’s novels in the present day” (173). They all sound dreadful, but the update of Pride and Prejudice is especially so:

Curtis Sittenfeld sets her version of Pride and Prejudice, “Eligible,” in Cincinnati. In an environment where Elisabeth and Darcy engage in “hate sex” soon after their first meeting, it must have been hard for Sittenfeld to come up with something shocking enough for Lydia to do to horrify and shame her family! Again, the story is not convincing—Lydia elopes with a man who turns out to be transgender, which deeply shocks the prejudiced Mr and Mrs Bennet. However, Darcy, who is a neurosurgeon, helps the family by enabling Mr and Mrs Bennet to understand some of the physiological and psychological issues surrounding transgenderism and, thanks to his intervention, the Bennets are reconciled to Lydia’s husband and Lydia is restored to the family (174–5).

To which I say: Bring on the zombies!

August 7, 2017 Liturgical Repentance
Browse Our Archives
get the latest from
Evangelical
Sign up for our newsletter
POPULAR AT PATHEOS Evangelical
1 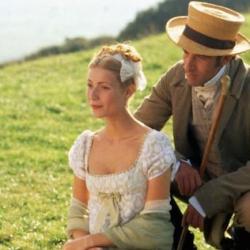