A couple of years ago, Kyle Nicholas summed up “The Progress and Future of Radical Orthodoxy,” now entering its early adulthood. Though the movement has waned, he argues for “its continuing relevance.”

“Amidst scathing critiques from every corner,” he points out, “Radical Orthodoxy has continued to bear fruit on both sides of the Atlantic for almost a quarter of a century,” which reflects its “philosophical depth.” Further, “Milbank, Pickstock, and Ward have remained active in the continental philosophy of religion, facilitating discussions between Christian orthodoxy and some of today’s most prominent continental philosophers, including Alain Badiou, Slavoj Žižek, and Giorgio Agamben.”

Contrary to some critiques, RO “is not a groundless new development in contemporary thought.” Some of its characteristic claims – e.g., blaming Scotus for the ills of modernity – have been defended by scholars from outside the movement. Nicholas also defends RO against the frequent charge that it is nostalgic and unteachable.

More importantly, he points out that, as it has matured, RO has become less a movement than a contribution to theology as a whole: “Radical Orthodoxy as an exciting position to profess or denounce has withered away, for good or for ill, and professors and graduate students should stop tossing it about as if its effects were a singular position. Instead, Radical Orthodoxy, as a way of speaking and thinking, continues to spread as its views are being reaffirmed, challenged, and expanded upon throughout the West and beyond, from theology at Duke Divinity School to the natural sciences at Cambridge to economics in Italy.”

Insofar as it provides a “fruitful and convincing language with which to debate and discuss any position, Radical Orthodoxy may well be entering its most promising and fruitful stage yet.” 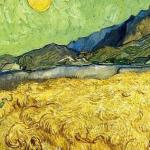 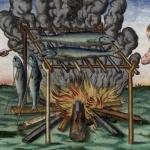