Beverly Gaventa (The Child in the Bible) points to the role of speech in Romans. Perverse speech is one of the key symptoms of the world of sin; by the cross and resurrection, Jesus has redeemed speech.

She points to the inclusio around chapters 1-3: “the indictment itself actually begins with human repression of the truth (1:18), with the refusal to give thanks to God (1:21), and with exchanging truth about God for a lie (1:25). In Paul’s analysis, at the very root of the human entrapment in the power of sin lies corrupt speech to and about God. Paul pulls this entire section together with the conclusion that the law itself ‘speaks’ in order that ‘every mouth may be silenced’ (literally, ‘every tongue might be stopped’). The juxtaposition of the vileness of human speech and the declaration that the law stops human speech seems too neatly parallel to be accidental.”

The law can silence but it can’t release tongues for praise. But Gaventa suggests that the gospel announces a redemption of the tongue: “humanity as it has been released from the power of sin and placed under the power of the gospel as God’s own children (see especially Romans 6 and 8), there are at least hints that human speech is made healthy.”

She concludes, “Malformed human speech is not simply a bad habit or a bad practice; it stands as a symptom of humanity’s unwillingness to understand itself as created rather than as Creator. At the very least, Paul’s letters raise the question of what it means for children to hear, first and foremost, words that acknowledge God as Creator and Lord and honor Jesus Christ as God’s own Son, what it means for children to hear words of acknowledgment and honor, words of praise and gratitude.” 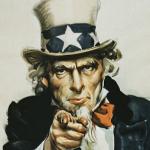 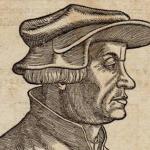 November 10, 2017 Zwinglian Symbolism
Recent Comments
0 | Leave a Comment
Browse Our Archives
get the latest from
Evangelical
Sign up for our newsletter
POPULAR AT PATHEOS Evangelical
1