It’s important to pay careful attention to the title of Brian Brock’s superb 2010 Christian Ethics in a Technological Age. The book isn’t merely a theological/ethical analysis of technology, though it includes that. Brock’s aim is broader, as he explores the shape of Christian morality in contemporary, technological society, and isolates the habits we must un-learn if we are to follow the Spirit of freedom rather than fall into lock step with the spirit of the age.

In the chapters that frame the book, Brock sets Christian ethics in contrast to the practice of “technological assessment,” the government-inspired effort to give the U.S. a coordinated national policy regarding technology. Technological assessment attempts to gauge the consequences of new technology so that technology both profits private companies and promotes the public good.

We need a way out of the technological mindset itself, and for that task Brock calls on the assistance of Heidegger and two thinkers influenced by Heidegger (the Canadian philosopher George Grant and Michel Foucault). Heidegger argued that technology is not merely a set of skills or tools, but is modern ontology, epistemology, and ethics. It is the modern way of being, characterized by obsession with utility, mathematization of knowledge, and separation of natural and cultural artifacts from their human world.

Grant elaborated Heidegger by bringing out the ideas of history, freedom, and will hidden within technology, and Foucault’s is useful for his detailed attention to the practices and habits engendered by technological society.

How then are Christians to live? Drawing on Bonhoeffer, Luther, Barth, and Augustine in the second half of his book, Brock develops a Christian moral theology centered listening to the Word of God in prayerful faith. Brock is not a virtue ethicist: Development of habits smacks of the technological ethos and leaves us without a way to judge our habits critically.

By giving listening “methodological priority,” Brock highlights the fact that revelation comes from outside of us and thus makes space for liberating self-criticism, which opens us to explore fresh ethical possibilities. “Exploratory” is one of Brock’s favorite terms for the style and shape of Christian morality. He insists on the necessity of revelation, but argues that revelation typically raises new questions rather than providing ready answers to the questions we already have.

Brock returns several times to Luther’s idea that marriage serves as a model of the moral life in order to stress that the contours of right action are always directed to particular circumstances (my spouse, not another) and to show that true freedom is renunciation of autonomy.   In short, “Christian life is nothing other than practical experimentation in attentiveness to God’s love for concrete neighbors” (p. 181).

Technology thus loses its sacral shimmer, but that doesn’t mean it loses all its usefulness. Brock is no Luddite; he makes clear early on that it is ludicrous to call for a rollback or freeze on technological development. When Christians live with attentiveness to God’s Word, we are freed from the technological imperative – if we can do it, we should – and we are also free to explore areas where technological rationality advances the Christian task of sharing the reconciling work of Christ and the Spirit.

The test is whether or not a particular technology can manifest God’s self-gift to the world, whether or not it is an act of love for concrete, real-life neighbors. Brock’s is not an individualistic moral theology. One of his best chapters summarizes the work of Bernd Wannenwetsch’s work on “political worship.” Worship should not be conceived as a technology for forming habits. Rather, it is the place where Christians listen, and where by listening they develop new political, social, and economic perceptions.

Worship undoes technological humanity by challenging the “totalization of economics and the institutionalization of fear,” by cultivating a taste for trust, especially trust in words, by nourishing the faith that God’s reconciling work is happening. In a chapter on Sabbath, Brock stresses the social character of work.

Brock’s book is deeply researched and carefully argued. He is not easy to read, but repays the effort. Along the way, he examines specific technologies to exemplify the way Christian moral theology probes the technological mindset (e.g., fertility technology and poultry breeding).

But this is more than an excellent piece of academic theology. Brock is superb in tracing the moral and cultural consequences of bad ideas and habits. His uses of non-Christian thinkers like Heidegger and Foucault is exemplary. He argues that Christian morality has to work from gratitude for the givenness of creation, but he also recognizes that creation doesn’t come to us self-interpreted and thus we need revelation to grasp its meaning. Following Grant, he shows that abortion is a natural expression of the technological outlook, an expression of the modern rebellion against the “tyranny” of the body.

The highest praise I can give the book is that it is wise. 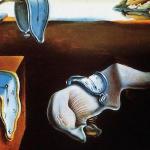 February 2, 2018 Orphan Philosophy
Recent Comments
0 | Leave a Comment
"Hi,1° The historicity of the Gospels shouldn’t be a problem for the period of Jesus' ..."
Yves Millou Can We Trust the Gospels?
"And your theocracy is an alternative? Come now. We know you wish our society's restrictions ..."
Eric Mallo Rawls, Envy, Sacrifice
"Psalm 19:5 likens the Sun to a groom. To, what, then, is the Earth to ..."
Daniel Mark Pech God of Days, God In Days
"he did"
Michael R Shotwell Theology’s Handmaid, Again
Browse Our Archives
Follow Us!

What's Lost with the Dying of...
Anxious Bench
Related posts from Leithart 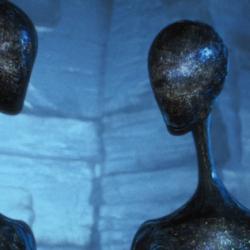 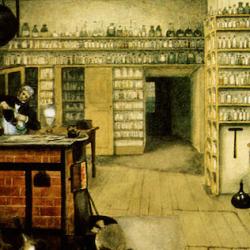