Frances Young (God’s Presence, 173-4) offers this summary of the post-Nicene consensus concerning the image of God in man:

“Athanasius and the Cappadocians, those who fashioned the notion of theopoiesis/theosis and recognized that it implied Nicene orthodoxy, were those who had a sense of the interrelationship of differing aspects of God’s image as presented in different parts of scripture. This doctrinal ‘ecology,’ by which key components mutually sustain one another, was rooted in traditional Christian thinking as found in Irenaeus and Cyril’s Catechetical Homilies. The so-called Arian and Origenist controversies thus present themselves as different stages in a single debate, with similar issues at stake: a tendency to devalue the physical creation and human embodiment, and to find mediation through a hierarchical understanding of how God relates to the creation. In the Nicenes, theologia is rooted in God’s oikonomia; the body is potentially the temple of God and the human person is God’s image on earth, while the whole is held together in a Christology which sees Christ as intrinsically God’s Image, both as Son of God and also as the new Adam, humanity as it was meant to be. This integrated model put the incarnation at the centre, and enabled human beings to be incorporated in the body of Christ so as to be recreated in God’s image and likeness, the true Son of God ensuring that the archetypal Image of God is imaged in images of the Image, so enabling humanity to be adopted as God’s son and heir through participation in him. Embodiment and solidarity were affirmed as the medium in which God is imaged.”

As Young says, this emphasis on the embodied character of the image of God was “paradoxical,” given the widespread assumption that imaging God involved withdrawal from bodily and social concerns. It’s another sign that early Christian theology resisted rather than succumbed to Hellenization. 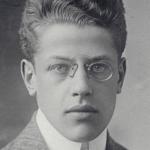