In Policing America’s Empire, Alfred McCoy spells out the analogies between America’s intervention in the Philippines at the beginning of the 20th century and our invasion of Iraq at the end. He thinks the comparison is most illuminating when we highlight the differences between the two:

“The spectacular capture of the defeated heads of state, Emilio Aguinaldo in 1901 and Saddam Hussein in 2003, were both successful covert operations that momentarily stilled U.S. domestic dissent. There the similarities end. In Manila, the American commander, Gen. Arthur MacArthur, granted Aguinaldo an immediate pardon and rewarded his officers with positions under colonial rule. As we will see, these Filipino veterans played a critical role in building the political parties and colonial police forces responsible for the ultimate success of the American pacification campaign. In Baghdad, by contrast, General MacArthur’s latter-day counterparts punished Saddam Hussein with a show trial, humiliated him with a brutal execution, and barred his officers from any role in the new democratic regime. In 2003 the head of the Coalition Provisional Authority, L. Paul Bremer, dissolved the Iraqi army without pay or pen- sions, sparking an underground resistance that unleashed a wave of well-planned bombings” (6).

Col. Thomas Hammes explained why the Iraqi resistance was so fierce in the early 2000s: “Now you have a couple hundred thousand people who are armed— because they took their weapons home with them—who know how to use the weapons, who have no future, who have a reason to be angry at you.”

McCoy draws the lesson: “As the British learned in Burma in the 1880s and the Japanese in Korea a quarter century later, this is perhaps the most important historical lesson for any military occupation: the forced demobilization of a defeated army without con- ciliation or compensation may well be the key factor in promoting protracted resistance” (6). 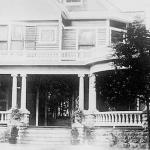 March 2, 2018 Does Genesis 1 Teach Science?
Recent Comments
1 Comment | Leave a Comment
"NOOOOOO 😭😭Z.2633K.US/ab4859Z"
Moon-Lily Tamar the Righteous
"wow! pretty fast, i must sayf.636WN.CO/Nq4859U"
joeman123456 The Hidden One
"I ship them, come at me however u want I don't care. I want them ..."
TheEventHorizon Tamar the Righteous
"After reading it, I couldn't help thinking of my favorite book💯W.GEOGIPHY.COM/R4859m"
FaqSands Divine Simplicity: An Experimental Response
Browse Our Archives
Related posts from Leithart