Joseph Ratzinger (Benedict XVI) argues that the “Catholic concept” of sacrament arises from an understanding of the Bible, especially of the relation of the Old and New (Theology of the Liturgy, 177-8).

The connection is there, even if “Catholic” doesn’t mean “Roman Catholic.” A Christian understanding of sacraments depends on rightly relating old and new. 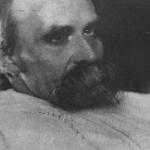 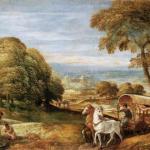