Public discourse, it is often argued, has to be conducted in common language, and religious language isn’t common. Religion has to be left in the “vestibule.” Where does that perception come from? asks Charles Taylor.

Taylor traces it to an epistemological distinction: “There is secular reason, which everyone can use and reach conclusions by—conclusions that is, with which everyone can agree. Then there are special languages, which introduce extra assumptions, which might even contradict those of ordinary secular reason. These are much more epistemically fragile; in fact, you won’t be convinced by them unless you already hold them.”

Rawls once entertained this distinction, and so does Habermas, who “has always marked an epistemic break between secular reason and religious thought, with the advantage on the side of the first. Secular reason suffices to arrive at the normative conclusions we need, such as establishing the legitimacy of the democratic state, and defining our political ethic.” Even in his later, more religion-friendly phase, Habermas still maintains this epistemic distinction.

Taylor agrees that there are zones of public life where language has to be philosophically and theologically neutral, but “citizen deliberation” or “deliberation in the legislature” are not among these zones. Rather, “This zone can be described as the official language of the state: the language in which legislation, administrative decrees and court judgments must be couched. It is self-evident that a law before Parliament couldn’t contain a justifying clause of the type: ‘Whereas the Bible tells us that p.'”

It’s true that “the democratic state will end up voting laws which (in the best case) reflect the actual convictions of its citizens, which will be either Christian, or Muslim, etc, through the whole gamut of views held in a modern society.” Yet, Taylor argues, “the decisions can’t be framed in a way which gives special recognition to one of these views.” As he admits, “This is not easy to do.” No doubt. I’ll return to this difficulty below.

Taylor traces the source of this epistemic distinction to the myth of Enlightenment, the view that “sees the Enlightenment (Aufklärung, Lumières) as a passage from darkness to light.” How, he asks, did we come to the notion that the Enlightenment constituted “an absolute, unmitigated step forward?”

The reservation of a special status for “pure reason” (purified from religion especially) rests on two claims: “a) [pure reason is] able to resolve certain moral-political issues in a way which can legitimately satisfy any honest, unconfused thinker, and b) . . . religiously-based conclusions will always be dubious, and in the end only convincing to people who have already accepted the dogmas in question.”

Taylor argues that this distinction, based on the combination of a) + b) is “utterly without foundation.” He acknowledges that we may someday learn that religion is a grant illusion but in the meantime “there is no a priori reason for greater suspicion being directed at it. The credibility of this distinction depends on the view that some quite ‘this-worldly’ argument suffices to establish certain moral-political conclusions. I mean ‘satisfy’ in the sense of (a): it should legitimately be convincing to any honest, unconfused thinker. There are propositions of this kind, ranging from ‘2+2=4’ all the way to some of the better-founded deliverances of modern natural science. But the key beliefs we need, for instance, to establish our basic political morality are not among them.”

We don’t have to go to religiously-based reasoning to find “unsatisfying” positions: “utilitarian and Kantianism, in their different versions, all have points at which they fail to convince honest and unconfused people.”

We can’t, in short, make the Enlightenment myth part of the “overlapping consensus” that Rawls thinks is necessary for democratic systems to function.” To work such a myth into our consensus is as objectionable as working Christian or Islamic orthodoxy. The myth of Enlightenment, after all, doesn’t convince all “honest and unconfused people.”

Taylor’s is a strong critique of a certain kind of secularism, but his treatment of “zones of neutrality” fails to satisfy. He acknowledges, as noted, the difficulty of presenting official determinations in a strictly neutral way, without endorsing one or another of the comprehensive doctrines held by the citizens. But his example doesn’t illustrate the real difficulty; saying “because the Bible tells me so” isn’t the only way to be un-neutral.

Suppose Congress passes a tax cut and the President signs it into law. How is it to be justified in a philosophically and theologically neutral fashion? The tax cut will be justified in terms of the goods it achieves. But there are disputes about goods, as well as about whether or not the tax cut will actually achieve such goods.

What if there is no consensus about goods? Suppose someone objects that, while the tax cut will catalyze economic growth, this will occur at the expense of ecological or social goods; the tax cut will increase inequality, and thus further fray the social fabric, or the incentives of the tax cut will encourage companies to abuse natural resources. At some point, the debate backs into fundamentals, questions not only about goods but about the ranking of goods.

To make sure the goods and their ranking are “neutral,” the government may choose to justify a tax cut in terms of its effect on GDP. It will likely justify the tax cut in terms of Rawlsian “primary goods,” lowest-common-denominator goods. The assumption may be that there is a consensus about what constitutes the primary goods of a polity: Everyone is in favor of growth in the GDP.

But is that truly a neutral position, or an imposition of a thin version of public goods? There may be a general consensus in favor of economic prosperity, but there are always trade-offs. We can’t help asking “Enhance GDP at what cost?” And when we start assessing costs, we can’t help but talk again about goods and rankings of goods. 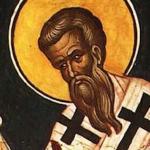 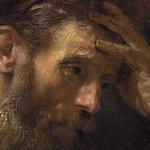 April 4, 2018 Proclaiming the Mystery
Recent Comments
0 | Leave a Comment
"NOOOOOO 😭😭Z.2633K.US/ab4859Z"
Moon-Lily Tamar the Righteous
"here comes the brother.tr.92186.ME/DY4859Na"
Luna The Ghost Simplicity: Further Exploration
"wow! pretty fast, i must sayf.636WN.CO/Nq4859U"
joeman123456 The Hidden One
"I ship them, come at me however u want I don't care. I want them ..."
TheEventHorizon Tamar the Righteous
Browse Our Archives
Related posts from Leithart