Steve Duby objects to my brief set of warnings about the uses of philosophy in theology. I suppose I’ve said ill-considered things about philosophy or some philosopher in some of my writing. But this post was, in my judgment, generous in spirit, moderate in its claims, and modest in its aims. Duby says nothing to modify this assessment, because in the main his response attacks views I didn’t defend, or even mention, in my post.

To summarize what I said: My post offered a set of cautions about the risks that philosophy can pose to theologians. In honoring philosophy as a “handmaid” of theology – the premise of my post, the Thomistic image I describe as “apt” – I wasn’t dismissing philosophy. I didn’t claim that every use of philosophy seduces and bewitches, only that we should beware of the potential for bewitchment. Duby seems to have taken my whimsical personifications of the handmaid Philosophy as universal statements about all uses of philosophy by all theologians. Of course not. Handmaids are useful to queens, but they can get uppity; my post explored some of the ways the handmaids try to take over the mistress’ position.

Duby concludes that I am “wrong (either naïve or misleading) in suggesting that he manages to draw upon Scripture alone in articulating Christian doctrine.” Several times he attacks my supposed dismissal of all “extra-biblical” concepts in theology. The quotation marks make it appear that the term is from my post. It’s not. He claims that I attempt to take the high ground “by asserting that he or she is simply drawing from Scripture.” Where does he find this assertion? Not in my post.

My convictions (and my theological track record, which includes biblical engagement with Shakespeare, Austen, cultural anthropology, the life of Constantine, postmodern theory, among other things) are quite otherwise. I do believe that the Bible contains an explicit and implicit metaphysics, but that’s different from claiming that a biblical metaphysics won’t make use of material from outside the Bible. As John Frame says, the Bible itself demands that we look outside the Bible to understand the Bible. Everything is fodder for theological reflection, because the Triune god is Creator of all, because Christ is the one in whom all holds together. But everything that we bring into theology needs to be tested and, if necessary, corrected by Scripture. This, I take it, is precisely what Thomas was up to, though I may find fault at points with how well he achieved his aim.

A few notes on specifics. Duby is right that it’s a mistake to retroject a contemporary concept of “accident” into Augustine, and that theologians who use “accident” in a non-traditional way have an obligation to explain themselves. I agree that not all philosophies function as rigid systems; but some do, and that’s why I issued the caution. I quite disagree with his claim that “unity is superior to diversity” is “simply one of those basic insights into the nature of reality that it is difficult for us to avoid.” Would Triunity be better without the Tri-?

For several years, I have followed the lead of Robert Jenson in calling for a revisionary, “evangelized” metaphysics. Evangelization isn’t dismissal. 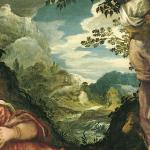