By Jeff Haanen; reprinted from jeffhaanen.com.

What might Christianity say to those who are “stuck” in entry-level, hourly jobs? What can we say to those organizing clothes at The Gap, steaming espressos at Starbucks, or selling laptops at Best Buy?   High ideals are perhaps not hard to find in medicine, law or social work. But what about the rest of us who deliver juice, sit at the front desk, or just find ourselves trying to get by? Are these jobs just “meaningless” ways to earn money, or can there be ways to apply the Christian faith here too?

Two conversations I recently had shine light on this very question. Jim is an architect. Today he designs homes and hospitals with one other partner in Denver. As we grilled out and watched our families play by their apartment pool a week ago, I asked him about his work.

He explained to me that his firm was built on biblical principles. “What do you mean ‘biblical principles?’” I had to ask. He explained that it primarily meant an attitude of genuine service toward their clients. Because they’re driven not only by the bottom line, he’s free to design what his customers genuinely need. He also said it influences how he does his work; buildings are spiritually formative. To that end, he regularly asks, “How will this design influence my client’s day-to-day life?”  Besides service and the spiritual dimensions of design, he also accepts projects for nonprofit clients like Colorado Coalition of the Homeless.

“Jim,” I asked, “But what would you say to an entry-level architect that has no influence, and must simply serve the bottom-line in a larger corporation?” Jim replied, “Yes, that was me for several years. I would say find ways to create value. When I was an intern just trying to get my license, I worked in a huge corporation. But when a task was given to me, I found ways to do it with distinction and create value for both my boss and my clients.” The projects given to him turned out better than his boss expected. It was that attitude that gave Jim the reputation and relationships that set the foundation for his firm today.

Jim didn’t change the corporation, but he decided where he did have influence, and started there. His influence had a leavening effect on his small circle of clients and co-workers his first years after college. Jim created value through doing excellent work and serving the needs of others – and eventually his influence grew.

Dave is a bus driver. A dear friend from church and a wise follower of Christ, Dave told me he was laid off from his job of testing car emissions a few years ago. When he left his shop, he took a job driving a bus for special needs children. His new job was highly interpersonal in nature – a vast difference from his previous work. Although it was an unforeseen career move, Dave applied his Christian faith in bold ways.

Over burgers at a recent cookout, he recounted to me, “One day, I spoke to other bus drivers about our jobs. So many people just see this job as a paycheck. But I said to them, ‘When a kid walks onto your bus, each and every one of them is important. They’re not just a paycheck – each of them has a unique story and life. We have a responsibility to greet them with a smile and take care of them.”

“What was their response?” I asked. His jaw dropped, visually showing me the dumbfounded responses of the other bus drivers. “They had never thought about that before.”

Dave had influence over the students he saw daily and on the network of other bus drivers he knew. In a job where it was just about getting the route done, he insisted that all people, including children with special needs, are made in the image of God – and through his words and example spoke a shocking gospel to his co-workers. Like Jim, Dave knew he actually did  have influence, and he used his influence to speak truth and serve.

So, how should we counsel those who are in “meaningless” jobs? First, decide where you do have influence. Then, give both clients and customers the benefit of work well-done, an ennobling experience fitting for image-bearers, and, most importantly, words of hope.

Jeff Haanen is the Executive Director of Denver Institute for Faith & Work.

March 27, 2014 Working for the joy of others
Recent Comments
0 | Leave a Comment
Browse Our Archives
get the latest from
Best of Patheos
Sign up for our newsletter
POPULAR AT PATHEOS Faith and Work
1

Sanctifying the Computer
MISSION:WORK
Related posts from Living Our Labor 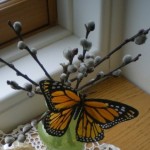 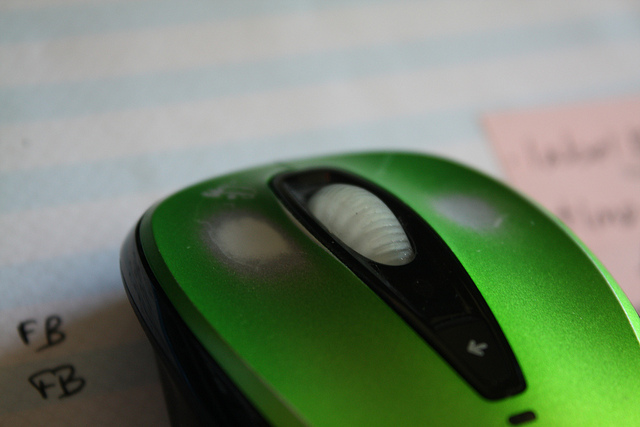 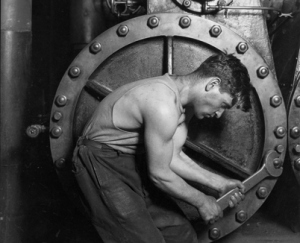