The Adventurous Lectionary – The Fourth Sunday of Easter

Lectionary Reflections for the Fourth Sunday of Easter – April 21, 2013

A Love that is Stronger than Death

Death holds great sway over our lives.  One of my college professors Peter Koestenbaum, some forty years ago, asserted that the fear of death lies behind our lack of nerve and failure to take risks to achieve a greater good for ourselves and others.  Quoting another existentialist philosopher, Dr. K, as we San Jose State students called him, noted that “the freest human alive is the person on the way to the executioner.  None of the threats that regularly imprison us can frighten him as he confronts the specter of death.”  The Psalmist captures this sentiment in the  counsel: “Teach us to count our days that we may gain a wise heart.”  Life is brief and it’s brevity can be frightening, but it can also be inspiring.  A dear friend is facing what may be last-ditch treatments for incurable cancer, and I treasure every conversation and e-mail that passes between us.  This morning (April 10), I walked under a canopy of cherry blossoms in the neighborhood above ours.  I delighted in their beauty, treasuring each blossom, knowing in a few days, their beauty will fade in the cycle of arboreal fecundity.

The biblical tradition is well aware of the brevity of life.  Death cannot be denied.  Yet, the biblical writers gain confidence to live boldly not only because death is real and inevitable, but because God’s love and companionship is even more real.  God’s love endures forever.

Acts 9 mirrors the gospel accounts of the raising of Lazarus daughter.  Peter’s prayers for Tabitha restore her to life.  While we cannot describe the mechanics of this spiritual resuscitation, we must recognize what it meant to Jesus’ first followers: the power of the Risen Jesus lives on in the early church.  The promise, recorded in John’s Gospel, is coming to fruition: you shall do greater things.  Is this our promise as well?  If so, why are we so timid in facing the deathfulness of our world?

Now, this passage is obviously medically problematic.  Medical science conclusively states that the brain cannot survive indefinitely without oxygen.  Certainly, in the time it took for Peter to arrive (and he was late, just as Jesus was when he was called to minister to Lazarus), Tabitha’s “brain death” would have been irreversible.  Could she have been in a coma as Mark’s version of the raising of Jairus’ daughter suggests?  Or could this have been a remembered “myth,” not based on objective fact, but the recognition of the deeper reality of God’s abiding care that embraces death and life in an everlasting adventure?  We do not need to deconstruct such passages, but rather marvel in the affirmative faith that inspired Jesus’ first followers.  Such faith is captured in the words of the other great figure from Acts, the Apostle Paul, “whether we live or whether we die, we are God’s” (Romans 14:8) and “nothing – in life and in death – can separate us from the love of God.” (Romans 8:38-39, paraphrase)

God’s enduring love is revealed in the power of Peter’s – and the community’s – prayer and touch and also in God’s companionship in the darkest valley.  Psalm 23 is perhaps best known among Christians as the heart of many funeral services.  This Psalm, and the one that precedes it, are not for the faint-hearted.  They embrace, rather than evade, the realities of death, threat, and conflict.  Psalm 23 cites the realities of: lack, spiritual depletion, conflict, temptation, fear of darkness and things that go bump in the night, and enmity.  On our own, we can’t triumph over any of these; in fact, alone and without God or God’s people, we are lost in the fearsome darkness.  But, God is here: we dwell in God’s house, we receive God’s anointing and sufficient resources to face life’s challenges, we are guided by divine wisdom, and we are sustained by divine companionship.  As Scott Peck says in the first lines of the Road Less Traveled, “life is difficult.”  Yet, God is with us in the maelstrom, strengthening and guiding.

Acts 9 and Psalm 23 give witness to a power that can overcome the “death-full” life and enable us to face finitude, threat, and mortality with hopeful and life-transforming liveliness.  God’s spirit is resurrection spirit, inviting us to “practice resurrection” (Wendell Berry) by courageously facing, embracing, and transforming the powers of death, physical, psychological, spiritual, and political in our midst.

Revelation 9 describes God’s transformational love that embraces humankind – and creation, I might add – in all its diversity.  Salvation is not the possession of an elect group, but is available to all humanity.  The eschatology of Revelation 9 is hopeful, rather than punitive:  suffering will be transformed and all who have suffered faithfully will be sheltered.  “They will hunger no more, and thirst no more; the sun will not strike them, nor any scorching heat; for the Lamb at the center of the throne will be their shepherd, and he will guide them to springs of the water of life, and God will wipe away every tear from their eyes.” All we can say is, “Alleluia” at such a promise.

We cannot speculate about the identities of this group.  Surely John’s mystic vision points to those who have been martyred for the faith in the first century.  But, we need to go much further, bringing our own poetic imagination to play, recognizing that many today lack shelter and are martyred by diabolical forces beyond themselves: children sold into slavery to make clothing or perform sex acts; multitudes dying of starvation; elementary school children massacred at Sandy Hook; victims of terrorism and violence; and so forth.  Will they have the opportunity to experience beauty and love?  Will they receive the “justice” of divine healing and companionship?

Our hope for restoration and healing beyond the grave is not otherworldliness; it is the inspiration to “realize” this eschatology today by insuring that these tears are dried, stomachs fed, and homeless housed right now.  In light of such imaginative eschatologies, the machinations of those for whom guns are gods, low taxes articles of faith, and immigrants non-persons, the words of Revelation ring out – “let go of your idols, comfort the afflicted, for they are your brothers and sisters, mothers and fathers, sons and daughters.”

The words of John 10 can justify exclusivism in revelation and salvation; I think this is a misreading.  Yes, it is clear that some will not hear God’s voice; but they are not lost forever.   God’s invitation goes out ceaselessly, calling to every lost sheep, “Come home.  There is a place for you.  You don’t have to be lost anymore.”  Jesus’ words – or John’s vision – need to be seen in context: Jesus’ cautionary invitation and challenge is addressed initially to the religious leaders.  They think they have a corner on God’s truth, but their very claim to be conduits of traditional truth deafens them to the shepherd’s voice.   The threat is not given to sinners and outcasts, doubters and seekers, “none of the above’s” and “spiritual but not religious,” but self-proclaimed arbiters of truth and salvation within the religious institutions.   Full of their truth, they fail to hear God’s truth.

For those who listen, though the night be dark and path we travel be treacherous, they know that God is with them.

As I read the passage from John, I was reminded of Margaret Wise Brown’s children’s book, The Runaway Bunny.  When a little bunny says that he is running away from home, his mother responds by saving that wherever he goes, she will be there with him. No matter what he becomes – a fish in a stream, a flower in a hidden garden, or a rock on a mountain – his mother’s love will find him and support him.  “I will run after you, for I am your mommy.” When the little bunny finally realizes he can never escape his mother’s love, his mother simply says, “Have a carrot.”  That’s the story of salvation – enduring, all-encompassing, ever-restoring, and always sustaining.

The shepherd passage ends with the words, “the father and I are one.”  These words join ontology and spirituality.  Jesus’ unity of spirit with God truly enables him to participate in divinity in ways typically unavailable to us.  This is a unity of alignment in which God’s vision is the primary influence on Jesus’ vision.   Jesus’ “Christ consciousness” or “mind of Christ” does not rob him of freedom but enables him to be fully alive – the glory of God – in his response to the Parent and to the world.

Death is real, loss is real, and lostness is always a possibility, but God’s circle of love embraces the darkest night inviting us to move from deathful fear to hopeful courage.  Let us rejoice in the words of the New Creed from the United Church of Canada:  “We are not alone.  We live in God’s world….In life, in death, in life beyond death, God is with us.” 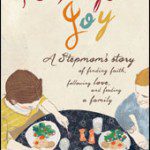 April 15, 2013
Spiritual and Religious: A Recipe for Joy!
Next Post 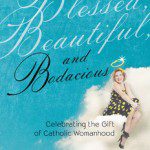 April 18, 2013 Mary as Spiritual Companion: Reflections on Pat Gohn’s Blessed, Beautiful, and Bodacious
Recent Comments
169 Comments | Leave a Comment
"My other comment is still pending but I'll try one more time.Noah landed on top ..."
Herrnhut Adventurous Lectionary – Easter Sunday – ..."
"Thank you for bringing up the transfiguration sunday on time. Just to think Moses was ..."
Herrnhut The Adventurous Lectionary – Transfiguration Sunday ..."
"Unfortunately, your calendar and the Presbyterian calendar are one Sunday off from each other on ..."
gloria5 The Adventurous Lectionary – Twenty-Third Sunday ..."
"Aren't you the one living in an upper middle class town on Cape Cod? How ..."
Nixon is Lord The Fourth of July and Turning ..."
Browse Our Archives
Related posts from Living A Holy Adventure