Angelic Visitations: Physiology or Divinity? Reflections on “The Angel Effect” 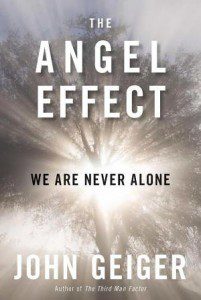 Angels are at the heart of the Christmas Season. Gabriel appears to Mary, announcing that she will be the mother of God’s Holy Child. Joseph has two angelic visitations: the first, to tell him that his marriage to Mary is blessed by God; the second, to alert him to flee to Egypt to save the Holy Child’s life. The magi have a collective dream and although no angel visitant is mentioned, their dream is a testimony to God’s guidance emerging from what today we describe as the unconscious mind. There is wonder and magic in these Biblical stories and in the vision that a baby is God’s revelation to the world that defies one-dimensional explanations and pushes us beyond unimaginative analysis and scientific rationality.

The stories of revelatory dreams and angelic visitations open us to consider a deeper form of knowing that goes beyond the five senses and narrow empiricism. These stories invite us to consider a larger universe in which there are non-rational and mystical forms of awareness and dimensions beyond ordinary sense experience. This is the world of the mystic, the healer, the shaman, and spiritual guide.

John Geiger’s new book The Angel Effect (now featured at the Patheos Book Club) invites us to ponder the possibility of extrasensory and enhanced spiritual visitations and divine guidance. Though some may describe these as supernatural, perhaps we live in an environment that is much more complex than we think. Perhaps, divine visitations come to us all the time, along with moments of divine guidance, most of which are unnoticed or so subtle that we assume they emerge solely from our own intuitions, chance encounters, or hunches. Perhaps, such moments, though heightened in intensity and energy, are in fact part of the natural world of cause and effect. They reveal a deeper naturalism and the action of a God who works within our world, not from the outside as an intruder.

Geiger notes that the possibility of angelic visitations is often explained physiologically and psychologically as well as spiritually. Crisis moments can lead to dramatic physiological-psychological states that appear to come from the outside, in terms of angelic visitors, but may be altered states of consciousness, providing the information we need to survive stressful and life-threatening situations. While such accounts can be used to challenge the existence of angelic visitations, in an interdependent-holistic universe in which body, mind, and spirit interact seamlessly, spiritual states and encounters with higher beings may very well have physiological correlates. The fact that spirituality and physiology are connected does not challenge mystical and near death experiences or encounters with angels; it only challenges dualistic understandings of human life (mind-body dualism) and supernatural explanations of God’s presence (the view that God acts from the outside rather than within the causal process).

At the very least, Geiger’s The Angel Effect is an invitation to consider the possibility that we receive guidance from spiritual beings at a higher level of evolution than ourselves and that God is constantly providing us with guidance and that God’s guidance appears in the guise of angels. In the latter case, angels are communication devices God uses to get our attention. What is most important is that God’s guidance is available and that help is on the way, if we only wake up to it. As Geiger’s subtitle asserts, “we are never alone.” This is not a violation of the causal laws by which we live, but a revelation of deeper laws that shape us, albeit unconsciously, all the time.

The modern world sought to challenge anything supernatural or mystical. Awareness and causation were restricted, in principle, to the five senses. Mystical experience, beyond domesticated religion, was considered an unhealthy psychological aberration. Anything that took us beyond everyday experience was considered either a fabrication, a sign of mental illness, or a scientific experience. The experiences that gave birth to the great world religions were implicitly denied by the one-dimensional rationalism and narrow cause and effect understandings of the modern world view.

Today, we are becoming more open to a multi-dimensional world view. Half the population now admits to mystical experiences and moments of self-transcendence. People describe near death experiences and encounters with higher beings. While such experiences need to be critically examined, they are often life-changing in nature. We discover that death is not the end and that we can face our mortality and the mortality of our loved ones. We find guidance in times of crisis. We discover the world is much more beautiful than we imagined. Are these supernatural experiences, not mediated through our bodies? Or are they reflections of deeper, more intense causal relationships? Do they describe a God who is, as the Christmas message proclaims, “with us” in naturalistic, incarnational ways?

If God is present everywhere – and the very existence of God defies narrow rationalism – then we are constantly receiving guidance. This guidance may be in the form of angels as external, interdependent beings, or divine intuitions, dreams, and synchronicities. An omnipresent God is always touching us with wisdom and guidance and at certain moments, the doors of perception (William Blake and Aldous Huxley) may open wide and greater influxes of divine wisdom and energy may enter our lives, transforming our cells as well as our souls. Perhaps, the God who is always with us – in the form of angels (after all, angels are simply “divine messengers” sharing God’s good news, God’s saving news) – is always providing us guidance in ways we can grasp. Call this guidance “angelic” or “mystical” – it will change your life and help you find your way whether you are an agnostic or believer. Deep down in this wondrous, God-filled world, we are never alone.

December 17, 2013 The Wisdom of the Hazelnut: A Conversation with Mirabai Starr
Recent Comments
0 | Leave a Comment
Browse Our Archives
Related posts from Living A Holy Adventure