Knowing Too Much and Sharing Too Little: A Response to Death at the Movies: Hollywood’s Guide to the Hereafter

Knowing Too Much and Sharing Too Little: A Response to Death at the Movies: Hollywood’s Guide to the Hereafter February 3, 2014 Bruce Epperly

A Response to Death at the Movies: Hollywood’s Guide to the Hereafter, by Lyn and Tom Davis Genelli

Death at the Movies is a tour through cinematic images of the afterlife. Movies and television programs both reflect and shape our opinions and interests.  One area of great interest in recent years is the nature of the afterlife.  Not too long ago, with the exception of a few intellectual elites, North Americans could sample only a few forms of post-mortem reflection: among Protestants, there was heaven and hell; among Roman Catholics, heaven, hell, and purgatory; and at the margins the universalism of Unitarian Universalists and Theosophists.  Today, everyday people, with little or no theological training, talk about near death experiences, karma and reincarnation, and past lives with the same certainty as Christians once spoke of heaven and hell.  Indeed, while many churches are silent about the afterlife, the broad public has never been more vocal in describing a smorgasbord of images of survival after death, many of which are confirmed by the movies they see.

Ironically, mainstream, liberal, and progressive Christians are often at the back of the line in their post-mortem imagery.  Seldom do pastors preach about survival after death, even on All Saints and Easter Sundays.  The generation of pastors, recently retired or on the verge of retirement, were educated to see the afterlife as peripheral to Christ’s good news, despite the centrality of the resurrection of the dead among Jesus’ early followers.  Talk about the afterlife was often seen as encouraging people to be so heavenly minded that they were no earthly good.  Pastors told their congregants that God is concerned about the here and now, about social justice, ecological well-being, and human liberation.  To think too much about the afterlife would detract from this-worldly responsibilities.

Seekers found it amazing that many mainstream, liberal, and progressive pastors were silent or, at best, agnostic about the afterlife, despite the growing cultural interest in near death experiences, reincarnation, and the soul’s journey. This marginalization of afterlife imagery was of a piece with mainstream, liberal, and progressive Christianity’s modesty, and sometimes outright scorn, of mystical experiences and tales of healing from Jesus’ ministry and contemporary healers.

In contrast to minimizing the non-rational or trans-rational, whether this is in terms of afterlife speculation, healing stories, or mystical experiences, I believe that the church and its leaders have a responsibility to be at forefront of critical and appreciative reflection about the afterlife.  Screenwriters, movie directors, and new age luminaries often “know” too much about the afterlife and may present superficial afterlife imagery and descriptions of the relationship of this life and previous or future lifetimes.  This, however, is no excuse for us to “share” too little about the afterlife as pastors, theological professors, and spiritual leaders.

The plethora of afterlife images, healing modalities, and mystical experiences available to people today challenges the church to be a laboratory for spiritual transformation.  We can freely admit, with the Apostle Paul, that “we see in a mirror dimly” and “know only in part.” Healthy agnosticism is essential to theological and spiritual truth seeking.  As a laboratory for spiritual reflection, the church can become a place where people share their mystical and healing experiences without judgment.  It can also be a place where popular images of survival after death can explored appreciatively and critically in terms of their impact on issues of compassion, social justice, ecology, and liberation.  We can critically explore images of the afterlife that encourage individualism, spiritual elitism, and alienation from “less evolved” persons. We can consider the relationship of this earthly life and the afterlife, inviting people to be both heavenly-minded and earthly good and to connect the soul’s journey with justice-seeking in our transitory, rising and perishing world.

If surveys are accurate in their indication that 50% of the population admit to mystical or transcendent spiritual experiences, then a vital church must encourage conversation in a safe and affirmative environment.   While honoring peoples’ transcendent experiences, spiritual leaders can invite people to explore the relationship of these experiences to this-worldly issues of economics, politics, family life, and care for the vulnerable.  In so doing, mainstream and progressive churches can become places of hospitality and spiritual growth for seekers, spiritual but not religious persons, and persons trying to make sense of unexpected encounters with the Holy.  They can also respond to the deep and often unspoken questions of their own active members, who are longing to experience “something more” and to connect their mystical and healing experiences with the theology and mission of the church.

Read an excerpt from Death at the Movies at the Patheos Book Club here! 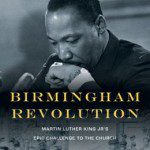 January 31, 2014
If the Reformation is Always Reforming, Should the Revolution be Always Revolving?
Next Post

February 5, 2014 The Adventurous Lectionary for February 9, 2014
Recent Comments
151 Comments | Leave a Comment
"Unfortunately, your calendar and the Presbyterian calendar are one Sunday off from each other on ..."
gloria5 The Adventurous Lectionary – Twenty-Third Sunday ..."
"Aren't you the one living in an upper middle class town on Cape Cod? How ..."
Nixon is Lord The Fourth of July and Turning ..."
"Ubuntu? The non proprietary software, right?"
Nixon is Lord The Fourth of July and Turning ..."
"Sadly, what happens is then the flag becomes more important than the message, and “Christianity” ..."
Chris Stone Celebrating Interdependence Day: The Fourth of ..."
Browse Our Archives
get the latest updates from
Living A Holy Adventure
and the Patheos
Progressive Christian
Channel
POPULAR AT PATHEOS Progressive Christian
1

To Those Christians Who Say, "God...
The Official Blog of Benjamin L. Corey
Related posts from Living A Holy Adventure