C. S. Lewis and the Gift of Perspective: A Conversation with Alister McGrath 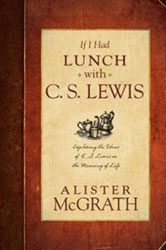 I read Alister McGrath’s If I Had Lunch with C.S. Lewis (now featured in the Patheos Book Club) in light of the current religious and cultural polarization of our time. The United Methodist Church is conducting trials to discipline pastors who perform same sex marriages. Religious leaders protest the showing of the film Noah because they believe entertainment should never veer from literalistic interpretations of scripture, even if the scriptures describe God as violent and vindictive.  World Vision sets off a maelstrom of protest in the conservative Christian community, and eventually backs down from its attempt to give equal treatment to gay and lesbian employees.

Another recent film God is Not Dead  pits an arrogant, know- it-all first year college student against an equally arrogant and atheistic philosophy professor. What struck me as I considered these front page stories is that Lewis would no doubt disavow himself from all these quarrels and controversies.  What he might notice is that all of them – and let me add the intense hatred of the President of the United States and the inability of Republicans and Democrats (both at fault) to find common ground for the good of the nation – reflect a lack of spiritual and intellectual stature. One thing all of these controversies have in common is lack of perspective: they may be important, but certainly not all-important or worthy of those who recognize the wonders of our universe in its immensity, age, and beauty. They advise us to think small when only big ideas and big faith can save us.

C. S. Lewis had intellectual stature. He had a great soul, what my friend and fellow author Patricia Adams Farmer described as a “fat soul” — or what one of my teachers, Bernard Loomer, called “size,” the ability to hold contrasting positions and understandings of reality in tension without losing your spiritual center. Lewis defends a type of orthodox Christianity, grounded in tradition. But his affirmation of tradition would have passed the Jaroslav Pelikan’s test: “Tradition is the living faith of the dead, traditionalism is the dead faith of the living. And, I suppose I should add, traditionalism gives tradition a bad name.”

C. S. Lewis had a living faith: he saw tradition as part of a larger global and cosmic tapestry. His stories reflected insights into the ambiguities and greatness of the human adventure, and the individual and cosmic battles between light and darkness, going on in our cells, souls, and systems. Yet, he was not geocentric or anthropocentric. Truth can come from a mouse or lion, a young girl or a beaver, and humankind finds wisdom in traveling back and forth in time and across the universe. Even the followers of a false God will find salvation and a place in Aslan’s heavenly realm if their piety has been motivated by love.

Lewis had a living faith, hardened by  the crucible of his own experience as a child, a soldier, a youthful atheist, and eventually, as a bereaved husband. Just as Socrates viewed the universe from Athens, Lewis experienced life’s complexities from the vantage point of an academic chair and the gathering of friends after hours at local pubs. Being rooted in one place did not incline him to parochialism; in fact, if God is omnipresent, then every place is a vantage point on the universe. My Cape Cod congregation has come to know itself as a “village church with a global perspective.” We find God’s presence and share God’s love in the highways and byways of Cape Cod – and in particular, the mid-Cape villages of  Centerville, Hyannis, Osterville, Marston’s Mills, and the town of Barnstable, and the neighboring towns of Yarmouth and Dennis. But, this little world, Lewis would remind us, is a microcosm connected intricately with the whole planet and the universe. God moves through villages and galaxies and we can be at home in both, without sacrificing either one.

Lewis ranged far in his understanding of Christianity. He loved tradition and the great thoughts that shaped the church, but he also realized that faith is more than words; it is a vision of reality that takes us from the written page and spoken sermon, even fantasies of faith, to explore the cosmos within and the cosmos around us. What the current religious and political world lacks is empathy and imagination and the willingness to venture beyond our known worlds to become God’s companions in a cosmic adventure. Lewis – and his friend Aslan – inspires us to think big, be broad in our listening, and grow as fellow adventures with the One who spins galaxies and gives life to us on Easter morning.

Read an excerpt from If I Had Lunch with C. S. Lewis at the Patheos Book Club here. 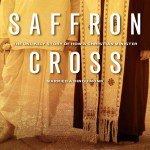 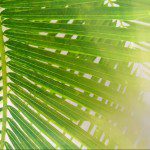 Progressive Christian
The Adventurous Lectionary - The Second Sunday in...
Living A Holy Adventure