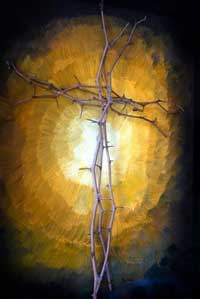 There is no getting around Easter if you belong to the Jesus movement. Jesus’ first followers were transformed by their encounters with the Risen Christ. Once fearful, they became courageous; once uncertain, they became confident in that Jesus was unique, the savior of humankind, victorious over sickness, sin, and death. The power of the resurrection to transform lives can’t be denied by any honest observer. For two thousand years, the amazing power of Jesus’ resurrection has brought healing and wholeness – indeed new birth – to peoples’ lives.

Moreover, within span of some of their lifetimes or the lifetimes of their closest confidants, the written gospels emerged and with them the clear but amazing affirmation that Christ is alive and that both cross and resurrection are central to the good news of our healing and salvation. Something dramatic happened that can’t be reduced to a tall tale, repetition of myths of death and rebirth, or a rotting corpse. Something mysterious and amazing occurred that can’t be confined by a literalist understanding of the biblical stories. As the gospel of John proclaims, there is always more to Jesus than our own fabrications or the written text: his life, death, and resurrection will always transcend and sometimes transform the rational mind, opening the mind to a deeper rationalism in which all is wonder and miracle. Now Jesus did many other signs in the presence of his disciples, which are not written in this book. 31But these are written so that you may come to believe* that Jesus is the Messiah,* the Son of God, and that through believing you may have life in his name. (John 20:30)

The resurrection will always remain a mystery, hidden from rationalists, Enlightenment-thinkers, and literalists. It is always more than we can ask or imagine. Some try to domesticate the Easter message by positing the creation of fanciful stories, recycled death-rebirth myths, trying to locate Jesus’ tomb and the corpse buried within, or suggesting that dogs ate the bones. The gospels even suggest that a rumor arose that Jesus’ corpse had been stolen by his followers. But the gospels make plain that a stolen body can’t inspire a spiritual revolution. Others try to control the story by literalizing flesh and bone and questioning the piety of those who provide imaginative visions of the resurrection or seek to discern the events beneath the texts. The quest for the resurrected Jesus is often an act of faith. Still, we can’t separate the pre-Easter or post-Easter Christ, or the Christ of history and the Christ of faith: they are one holistic reality that transformed cells and souls in the first century and continues to do so today. The power of each energizes the power of the other.

We can never fully encompass Jesus’ resurrection, but we can find a clue in C.S. Lewis’ Chronicles of Narnia.  As the tale goes, in order to save Edmund, the lion-savior Aslan must sacrifice his own life.  The White Witch, however, is unaware of the laws of Deeper Magic, which promise resurrection to the innocent victim.  Aslan rises and the White Witch and her minions are defeated.  The Deeper Magic embedded in the creation of the universe is mysterious, but it is part of the larger causal interdependence of the universe; in fact, it may be its animating energy.  The resurrection of Aslan does not circumvent the laws of nature, but occurs as a result of deeper laws of nature.  This opens the door to seeing resurrection as part of God’s amazing universe and affirming that certain moments can be so closely aligned to God’s vision that unexpected and transformative energies can be released, radically changing cells and souls.

In observing the recent rendition of Cosmos, featuring Neil DeGrasse Tyson, I am left not only with a sense of the randomness but also a sense of wonder that continues to give birth and energize our universe. In the evolution of galaxies, solar systems, planets, and earth species, amazing things occur that go far beyond – while including -randomness and accident. To quote Abraham Joshua Heschel, “radical amazement” is the appropriate response to the universe and our own microcosmic lives.

I will not try to explain resurrection.However, it is clear to me that throughout his ministry Jesus tapped into deeper energies to promote the transformation of bodies, minds, and spirits. The energy of the universe flowed through Jesus, in response to a woman’s faith, immediately curing her of a hemorrhage. A Samaritan woman’s child is healed at a distance of a mysterious disease through the interplay of her faith and Jesus’ intentionality.  Waves are calmed as a result of Jesus’ spiritual powers. All of these amazing events can be understood in light of the interdependent and energetic nature of the universe, described by cosmology, physics, and biology. The congruence of faith and science hardly minimizes our wonder but places our wonder in the context of an entirely wonderful universe, of which we are mostly oblivious.

There is a deeper naturalism, dynamic, open-ended, many-faceted, and containing random events. But even random events are touched by a gentle providence that moves through the universe, giving direction and life to personal, communal, planetary, and cosmic evolutions. Resurrection does not defy the causal relatedness of life or the dynamic laws of nature, but reflects the deeper energetic nature of reality which is always amazing and revelatory of more than we can ask or imagine.

What, then, happened on Easter morning? While we may never know for sure and should never domesticate such amazing moments, let me suggest that Jesus’ resurrected body incarnated the deeper laws of the universe that were already manifest in his ministry of healing and hospitality. Perhaps, Jesus’ resurrection body became a highly charged quantum body, able to move from one place to another in a blink of an eye and move through dense material bodies, such as walls, as if they were air. While we can’t literalize the gospel stories, the recognition that Jesus was recognized by his followers and known by his wounds points to a continuity of his post- resurrection body with his pre-resurrection body.   Such events are possible in a lively, dynamic universe, and are surely no more marvelous than invoking the big bang as the first moment of our universe. How can one not be amazed to recognize that from a microcosmic energy event a universe of 125 billion, and counting, galaxies emerged? All is  natural, yet all amazing, mysterious, and beyond our imaginations.

This Easter, open to possibility, awaken to wonder, and look for hints of Jesus’ resurrection in your own cells, your spirit, and the world around. Look for miracles and, as Wendell Berry counsels, practice resurrection. You will discover that Christ is Risen in your life – today!

April 15, 2014
A Pause for Contemplation: The Mystery of Holy Saturday
Next Post 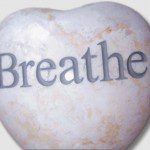 April 22, 2014 Just Breathe! Lectionary Reflections for April 27, 2014
Recent Comments
0 | Leave a Comment
"My other comment is still pending but I'll try one more time.Noah landed on top ..."
Herrnhut Adventurous Lectionary – Easter Sunday – ..."
"Thank you for bringing up the transfiguration sunday on time. Just to think Moses was ..."
Herrnhut The Adventurous Lectionary – Transfiguration Sunday ..."
"Unfortunately, your calendar and the Presbyterian calendar are one Sunday off from each other on ..."
gloria5 The Adventurous Lectionary – Twenty-Third Sunday ..."
"Aren't you the one living in an upper middle class town on Cape Cod? How ..."
Nixon is Lord The Fourth of July and Turning ..."
Browse Our Archives
Related posts from Living A Holy Adventure

Progressive Christian
The Adventurous Lectionary - The Fourth Sunday in...
Living A Holy Adventure