Too Much Sacrifice, Too Much Sin? Responding to Peter Mommsen’s ‘Homage to a Broken Man’ 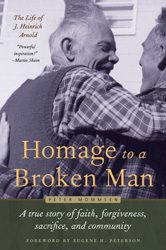 I read Peter Mommsen’s Homage to a Broken Man: A Story of Faith, Forgiveness, Sacrifice, and Community with mixed feelings. It surely is an excellent testimony to one man’s fidelity.  J. Heinrich Arnold (Heiner) lived his life fully before God, submitting to his understanding of following Jesus in Christian community. It is also a witness to the failure of a community to live up to its ideals and instead, despite its desire to become Christ-centered, become an example of a high pressure or cult-like religious group, with no room for diversity or dissent and persecuting — even abusing — anyone who questions authority. It is a testimony to how far humans can stray from Christ’s way of life, even as they believe that they are embodying Christ’s countercultural vision.

Heiner was surely a man of faith and forgiveness. He aspired to be like Jesus, to incarnate Christian perfection, letting go of grudges and forgiving his enemies. He sought to live in accordance with the radical message of the Sermon on the Mount. Yet, his understanding of faith and forgiveness enabled him to acquiesce to evil in his community’s leaders and forgive too quickly the power plays and evil intent of others.

Heiner was a company man and his company was the ideal community that his father once envisioned. He allowed himself to be persecuted, shunned, isolated, imprisoned, banished, and maligned out of loyalty to a vision. His loyalty to the vision of Christian community was so great that he even collected money for Primavera and encouraged people to consider joining the community in Paraguay, despite the fact that it was morally, spiritually, and organizationally bankrupt.

I honor Heiner’s fidelity, but recognize it is not a path I would have taken. Perhaps, I am not cut of the same devotional cloth as Heiner and have a built-in mistrust of all institutions, even those seeking to live God’s realm on Earth. I am uncertain that any community claims to embody the realm of God on Earth; all of our communities fall short of God’s vision in their actual embodiment. The New Testament vision of the early Christian communities gives witness to the ambiguity of all human endeavors, especially the broken nature of idealistic communities.

As I read the text, I was reminded of Alfred North Whitehead’s words: “At the heart of the nature of things, there are always the dream of youth and the harvest of tragedy. The Adventure of the Universe starts with the dream and reaps tragic beauty. This is the secret of the union of Zest with Peace – that the suffering attains is end in a Harmony of Harmonies. The immediate experience of this Final Fact, with its union of Youth and Tragedy, is the sense of Peace. In this way the world receives its persuasion towards such possibilities as are possible for its diverse individual occasions.” (Adventure of Ideas, 296)

The commune around which Heiner and his family centered their lives was an experiment in tragic beauty. Ideals sought, defaced, and redeemed, and the story of fidelity despite persecution by his own people.

As I read the text, I pondered Heiner’s lived theology. He practiced radical hospitality and forgiveness, it appeared, to everyone but himself. Christ’s way was the ideal, the polestar of all endeavor. Yet, all have sinned and fallen short and will eventually have to account for their lives before the Judge. God is the ultimate judge and taskmaster before whom all our righteousness is filthy rags. To me, this vision characterized Heiner’s relationship with God. I saw much obedience, but little love; selfless discipleship appeared to deny any form of self-love, despite Jesus’ affirmation that we are to love our neighbors as ourselves. Perhaps, Heiner accepted abuse from the community’s leaders because he believed he deserved such punishment in light of his sinfulness.

It is true that we need to have a high bar for discipleship. We become too content with mediocrity in matters of faith and too conformed to the world in which we live in terms of economics and lifestyle. Yet, there is also the need for grace and self-forgiveness along with forgiveness of others. We need a God who challenges us to seek justice, beauty, and forgiveness. We also need a God who understands our imperfections and accepts us lovingly regardless of how far we have strayed from our ideals.

The world is richer for Heinrich Arnold’s life. He was a man of faith, devotion, and hospitality. He offered grace to others. My prayer is that he and other faithful idealists also discover God’s grace for themselves in all of our ambiguous faith and devotion.

Read an excerpt from Homage to a Broken Man at the Patheos Book Club here.

July 20, 2015 The Adventurous Lectionary – The Ninth Sunday after Pentecost – July 26, 2015
Recent Comments
0 | Leave a Comment
""A scribe trained for the Kingdom of Heaven is like a householder who brings out ..."
Newton Finn Who Is An Interspiritual Pilgrim?
"Joy to the world.Let's keep the Saturn in Saturnalia!'Tis the reason for the season.Peace and ..."
rationalobservations? Our Hearts are Filled with Joy: ..."
"The possible impossibilities always require both personal and social transformation. Good to see both put ..."
jekylldoc The Adventurous Lectionary – The Second ..."
"If you look at US history, almost all of our wars have been ones of ..."
Medalcollector John McCain and Making America Good ..."
Browse Our Archives
get the latest from
Living A Holy Adventure
Sign up for our newsletter
POPULAR AT PATHEOS Progressive Christian
1 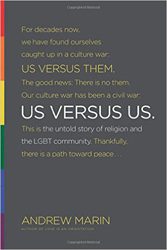 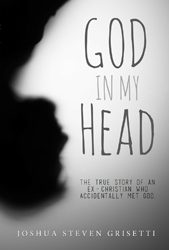 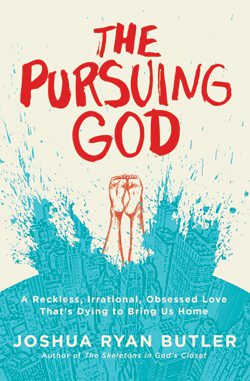 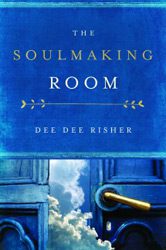