So much has been happening these days in the political arena, its terribly hard to keep track. Election years rarely are known for peace and tranquility. But is this round is especially kinky given that its all happening in the midst of a global pandemic with massive civil unrest and unresolved societal issues already rocking the nation.

In the midst of this soup of chaos comes the death of Supreme Court Justice Ruth Bader Ginsburg. And as expected, the internet has just about exploded into mini wars of love, hate, and frenzy. And I can’t help but feel the need to try and make an appeal for a more Christian approach to so very many issues, it hurts my head.

Fellow Christians: Whether Democrat or Republican, I beg you please, please, please remember the injunction to love your enemies. Debate as you will upon the issues at hand, vote as your conscience dictates, but do not let hate take root in your hearts, or else you risk falling into grievous sin. Every election cycle, I see friends on both sides absolutely frothing at the mouth with every type of insult and ad hominem attack against each other and every speaker involved in the opposition convention.

And you know what? It doesn’t actually help anything or anyone! It doesn’t change the world for the better, and it doesn’t transform you into national heroes! It just gives you all an excuse to dehumanize each other and feel proud of it! For the love of Christ, pray for your enemies, do good to those who persecute you, and see Christ in them! That’s the only way any of us will see God in the face when this world and all its mechanisms are brought to naught.

All this rather sadly remind me of watching one of those a YouTube “top ten” lists based on “satisfying Game of Thrones deaths”…which is, of course, a fancy way of saying unlikable or downright deplorable, characters meeting the most outlandishly hideous ends. And it occurred to me, not for the first time, that perhaps if we took far less satisfaction in the destruction of sinners, and instead prayed for their redemption, we might be just a little closer to seeing the face of God, who we ask to forgive us our own sins.

And frankly, if we take so much satisfaction in the gruesome fates of even cartoonish TV villains, are we not showing just a little bit of a villainous streak ourselves, taking pleasure in another’s pain, even if we feel its “deserved”? Are we not preparing ourselves to cheer over the pain of our own day-to-day enemies as a form of catharsis? Will we not easily extend this into the public sphere, as we have seen all too often in the current political landscape? Are we not perhaps living in a little “game” of our own creation, where not-so-evil people are turned purely evil in our heads, so we can rejoice over their pain or demise? No, we must nip this in the bud, even in the entertainment we choose and the stories we tell.

So having covered that, I’ll swing back around to several threads and sub-threads that have been running wild online. On the topic of whether prayers for the repose of the soul RBG are appropriate given her Jewish background…the fact is I know plenty of Jews who do believe in at least some form of afterlife and the immortality of the soul. Others, of course, do not, while yet others would simply say it’s an open-ended question.

There is an emphasis in Judaism about focusing on the here and now, but let’s face it, I think it’s safe to say almost everyone at some point has pondered the beyond, because the here and now is quite simply over in a flash, and even the blessing of our memory is exceedingly limited in light of the tiny speck which is pure time-space universe…unless of course the consequence of one’s deeds echo on in eternity somehow, which implies the necessity of an eternity in which we humans have a part.

Some Jews believe in reincarnation, others believe in “sleeping” till the day of resurrection, and yet others do subscribe to the notion of some form of heaven and hell, albeit less strictly delineated than in Christian and Islamic thought. It’s been debated in Jewish circles since before the time of Christ. But whether RBG, who was apparently a secular Jew, believed it not, as Christians, we totally do believe it, and are therefore under obligation to pray for her and all the souls of the deceased. Btw, this obligation goes for those who we are fans of, and those we can’t stand.

As many Catholics have noted, from the perspective of Church social teaching, the legacy of RBG was a decidedly mixed one, and I would caution those Catholics either too quick to canonize or demonize her. It is my belief that she tried her best to do the right thing as she saw it, and I salute her various efforts which were towards greater justice and equity for women, immigrants, and others, even though her other policy decisions on issues involving the sanctity of life, starting in the womb, stand out in radical contrast to my understanding of morality.

All the same, I devoutly hope and pray that she, like the rest of us poor sinners struggling to do good in this veil of tears, will be granted mercy and experience the beatific vision in the presence of God for all eternity. It’s the only thing worth hoping and praying for, at the end of the day, for as Tolkien said, such things are about far more than memory. I genuinely hope that Ruth and her husband are reunited, and get to share a glass of wine, and enjoy a good opera, for I truly hope all the good things of this life are illuminated and translated into the next. 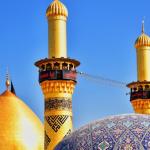 October 22, 2020 Saints of October
Recent Comments
2,196 Comments | Leave a Comment
Browse Our Archives
get the latest from
Catholic
Sign up for our newsletter
POPULAR AT PATHEOS Catholic
1 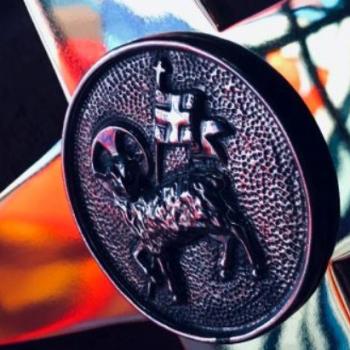 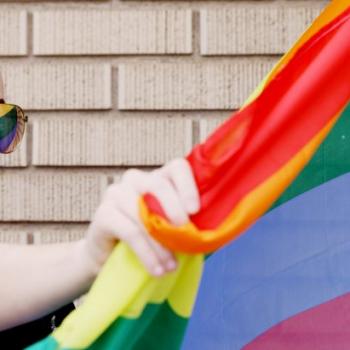 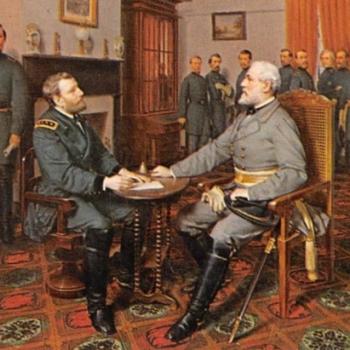 Whoever Gives A Cup Of Water
A reading from the Holy Gospel according to Mark: At that time,...
view all Catholic blogs
What Are Your Thoughts?leave a comment