Water and the Spirit: A Catholic Perspective on Baptism

Water and the Spirit: A Catholic Perspective on Baptism January 18, 2021 Avellina Balestri

I had an interesting discussion about Baptism and some of its implications from a Catholic perspective, so I thought I’d expand upon it as a general overview. Keep in mind, different denominations have sometimes radically different views, but this article covers most “high Church,” and therefore more historically long term, Christian concepts on the subject.

So, contrary to some portrayals, Baptism, at its core, is not merely about a choice of faith, which is why even infants can be, and usually are, baptized. It’s a sacrament that imbues sanctifying grace, and it’s the obligation of Catholic parents to make sure that their babies are baptized within a reasonable amount of time after birth – for example, I was baptized a month from my birth.

I’ve discussed in the past how we view sin as not just personal faults, but also as a cosmic condition too. It’s basically the twisted reality of the human condition that is being addressed here, and Baptism we see as kind of like a spiritual inoculation if you will. It’s not so much about individual sins – since obviously babies are personally innocent – but rather getting at the root of the drive to sin.

This raises several questions; what is this drive to sin? Is it the same as temptation? And is temptation not necessary for us to grow in the spiritual life? Well, for the record, Christians believe that even Jesus was tested – as is clearly depicted in the Gospels – but we also believe that he had a much higher resistance against that temptation because He did not suffer from concupiscence.

In essence, His spirit was in greater balance with his flesh; they were in harmony as opposed to being in a battle against one another. We believe the same of the Blessed Virgin. We call her “the reed of God” for that reason. She was the ultimate channel for the pure transmission of God’s Word, this greatest expression of Himself that is Himself made flesh. He comes as flesh to heal the flesh, and infuse it with supernatural life.

Even non-Christian religions, such as Islam, have some sense of this reed-like concept. We read about in the poetry of the Sufi mystics such as Rumi, Hafez, and Ibn Arabi, and in the Islamic conceptions of the Prophets and other holy people, including Issa and Maryam. In essence, they are so fully submissive to the will of God that their flesh was in tune with their spirit, and their spirit in tune with the divine purpose and unity.

We might say that saints and mystics from across the ages, regardless of their background, share in this mystery to differing extents. Indeed, we might go further and say that any human being who experiences even a moment of pure inspiration towards goodness, truth, or beauty, has experienced this sparkling of the life of grace, and will have known, at least once, what it means to accept it.

Does this contain within it the mystery of desire, or indeed what might be called Baptism by Desire? I think so. And what of those deaths that we can’t help but call heroic, the ones so utterly self-sacrificing for the good of others that we might call it martyrdom? Is this the mystery of blood’s actual worth, or indeed what we would call Baptism by Blood? I think so.

But getting back to the Sacrament proper – we, as Christians, are called to be “born again of water and the Spirit.” In this way, we are born a second time, but this time into the life of grace. We become members of the Mystical Body of Christ, and therefore are made more than creations of God; we are made Sons and Daughters of God. In this way, our perspective shifts from other religions, and our aspiration reaches out to a new level.

Living the sacramental life, we strive to take on the mind of Christ and to live in union with Him as the one who holds together so many seeming opposites, heaven and earth, spirit and flesh, divine and human. It’s like tearing the curtain of the temple down the middle; that’s kind of the crux of the Christian concept of the purpose for which Christ came to earth. He rends that which separates.

There are centuries worth of theology dealing with the concept of being made a “new creation.” That’s one of the major facets that makes Christianity unique; we don’t just believe in being the best creatures possible, but in actually being transformed in Christ – and through the sacramental life, into something higher.

So, the idea is that God deigned to come down to us in order to pull us up into something new, mirroring the concept of Christ’s own death and resurrection. Because, if you look at the Gospel story, Christ’s body has been transformed into something of a higher plane and a subtler substance – and yet it still bears the marks of the cross. It is the great bridge that spans realms of reality.

On a spiritual level, that’s what we believe the sacraments do for us; they give us resurrected souls, and Baptism is the initiation of the Christian and sacramental life. Do I believe this makes unbaptized babies, or persons in general, of less dignity, or indeed, beyond the ministration or mercy of God? No, I do not believe God is bound by His own sacraments and believe that He knows the quality of every heart, the sincerity of every soul.

This does not mean that Baptism is not an incomparable gift and the normative means of entering into the salvific mystery. The reception of this fundamental Sacrament does not mean that we will not continue to deal with the struggle between the demands of the flesh and the callings of the spirit. But it does mean we’ve been given the supernatural “energy” to fight the battle, and new Christian names to hold, that attest to the transformation underway within us.

To conclude, I feel like a beautiful reflection on all these fruits of the sacramental life that make themselves manifest in our interior disposition, may be found in the poem by Symeon the New Theologian:

We awaken in Christ’s body
as Christ awakens our bodies,
and my poor hand is Christ, He enters
my foot, and is infinitely me.

I move my hand, and wonderfully
my hand becomes Christ, becomes all of Him
(for God is indivisibly
whole, seamless in His Godhood).

I move my foot, and at once
He appears like a flash of lightning.
Do my words seem blasphemous? — Then
open your heart to Him

and let yourself receive the one
who is opening to you so deeply.
For if we genuinely love Him,
we wake up inside Christ’s body

where all our body, all over,
every most hidden part of it,
is realized in joy as Him,
and He makes us, utterly, real,

and everything that is hurt, everything
that seemed to us dark, harsh, shameful,
maimed, ugly, irreparably
damaged, is in Him transformed

and recognized as whole, as lovely,
and radiant in His light
he awakens as the Beloved
in every last part of our body. 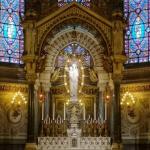 January 8, 2021
Star of the Sea: Marian Devotion through the Prism Of an Old English Hymn to the Virgin
Next Post 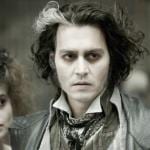 January 30, 2021 Day of Wrath: "Sweeney Todd" and the Mystery of Salvation
Recent Comments
141 Comments | Leave a Comment
Browse Our Archives
get the latest from
Longbows and Rosary Beads
Sign up for our newsletter
POPULAR AT PATHEOS Catholic
1

If Any Drug Tested on HEK-293...
Through Catholic Lenses
Related posts from Longbows and Rosary Beads 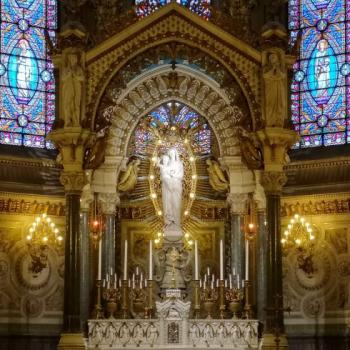 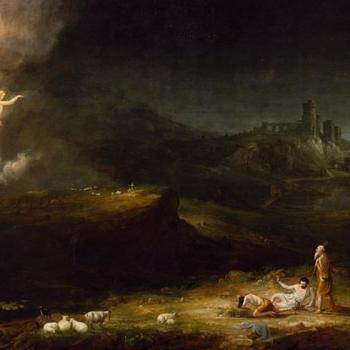 Catholic
And Thy Words Broke Their Swords: The Empowering...
Longbows & Rosary Beads 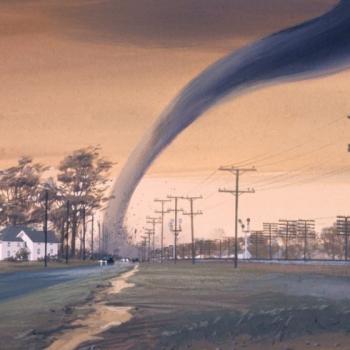 Catholic
Progressive Christianity and the Idol of the "Here...
Longbows & Rosary Beads 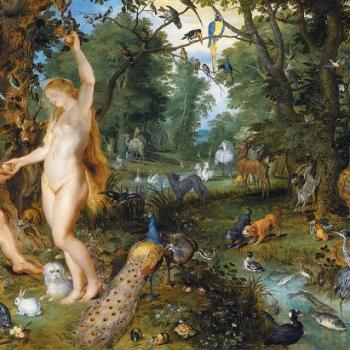 A God Who is Bigger Than Our Pain
“Now the Arameans had captured in a raid on the land of...
view all Catholic blogs
What Are Your Thoughts?leave a comment

141 responses to “Water and the Spirit: A Catholic Perspective on Baptism”