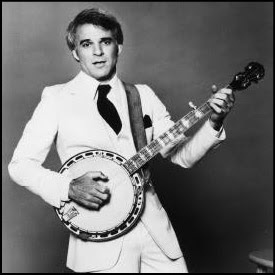 Chances are I’ll make my way to your neighborhood one of these days, if I haven’t already. And I’d love to meet LookingCloser.org readers, and anybody who has ventured into the world of Auralia’s Colors, Cyndere’s Midnight, and Raven’s Ladder.

These days, I’ve been delivering presentations on:

Keep in mind: I go where I’m invited. So send me a detailed invitation, and we’ll see what we can do.

Here is my current calendar of speaking engagements.

If you need more details, let me know. If you’re interested in having me share thoughts on faith and art (whether that be movies, fantasy, writing or something else), email me at joverstreet@gmail.com. The calendar’s getting pretty crowded between now and next fall, but we can start penciling things in for late 2010 and 2011…

September 27-30, 2012
Writer’s Retreat
Laity Lodge, TX
I will join Dr. John Medina (author of Brain Rules), John Wilson (editor of Books and Culture), Julia Kasdorf (poet), Ashley Cleveland and Kenny Greenberg (musicians), and other special guests in this excellent weekend full of inspiration for writers of all kinds. I will be speaking on storytelling, the rewards of improvisational writing, and the benefits of self-inflicted obstructions.

Saturday, September 1, 2012, 5 p.m.
Wild Goose Festival (Wild Goose West)
Benton County, OR
Making my first visit to this festival of music and faith, I’ll be in the company of my lifelong friend Todd Fadel (of the bands Agents of Future and The Beauty). I’ll share an updated version of my “Through a Screen Darkly” lecture on Saturday afternoon, right after an Agents of Future performance, and right before Gregory Wolfe lectures.

July 13-15, 2012
Christian Summer Writer’s Conference
Gove Hill Retreat Center, Vermont
In the good company of poet and novelist Robert Siegel, I will be talking about storytelling and the power of play.

February 24, 2012
The Lantern Community Church
Calgary, AB
It was a privilege to accept my first Canadian invitation, and share my “Through a Screen Darkly” lecture with the community at Fire Exit Theater community and The Lantern church.

March 9-11, 2012
The Kindlings WinterFest
Orcas Island, WA
Dr. Lyle Dorsett and I were the keynote speakers, and I presented my talk called “We Are Also Five: How to Play Without Ceasing.”

May 19, 2012
Northwest Christian Writers Renewal
I presented two lectures in one afternoon: “A Box of 64 Crayons: The Redemptive Power of Play” and “Beast and the Beauty: What Fairy Tales and Christ’s Parables Have in Common.”

February 18-20, 2011
Jubilee Conference
I spoke to an audience of about 2,000 (college students, faculty, and guests) in my first visit to this conference. What a rush! I gave three presentations: A short talk about the power of art; a lecture on the revelatory power of “pagan” fairy tales; and a lecture about “dangerous moviegoing.”

March 4-6, 2011
IAM Encounter 11
At this conference on the theme “Be Generative,” I’ll be presenting a talk called “I Am Also Five”: sharing a life story about the generative power of play.

March 24, 2011, 7 p.m.
Third Place Books, Lake Forest Park (Seattle)
You’re invited to the Seattle launch party for The Ale Boy’s Feast! Jeffrey will read from the new book and reflect on the sixteen years of writing that brought The Auralia Thread to completion.

April 1, 2011
Imago Film Festival
Judson University, Chicago, IL
I spoke in a chapel assembly, and then presented my “Through a Screen Darkly” lecture at an evening event… even though laryngitis made me sound like Christian Bale’s Batman.

April 8, 2011
Valley Christian High School, San Jose, CA
I spoke about film criticism to high school students in a media communications class, and then presented my “Through a Screen Darkly” lecture to students and parents at an evening event.

April 14, 2011
The Seattle Chesterton Society, Seattle, WA
March 9-11, 2012
I presented “Beast and the Beauty: A Tradition of Magic and Monsters,” celebrating the ways in which fairy tales, fantasy, and horror stories show us the truth through inspiring and discomforting revelations.

June 23-26, 2011
Laity Lodge Retreat with Rodney Reeves and Jeffrey Overstreet
I’ll be discussing the ways in which contemporary cinema can nourish our lives through encounters with the sacred, with beauty, and with mystery.

July 31-August 7, 2011
The Glen Workshop, St. John’s College, Santa Fe, NM
I’ll lead a week-long seminar on cinema that exemplifies great art even as it investigates questions about the nature, purpose, and power of art.

February 8, 2010
The Kindlings Muse, Hale’s Ale’s Pub and Brewery, Seattle, WA
Come enjoy dinner while author and host Dick Staub and film reviewers Greg Wright and Jennifer Spohr talk with me about this year’s Oscar-nominated films in a program called “Theology of Oscar’s Best Pictures.” This is an annual event, and the last few have been a blast. I hope to see you there.

March 4-6, 2010
IAM Encounter, New York, NY
The question that the IAM folks have given me is this: “How shall we then tell stories?”
I plan to talk about storytelling on the page and on the big screen.

Encounter 10: Jeffrey Overstreet on the how of storytelling from International Arts Movement on Vimeo.

March 2010
Food for Thought presentation, Seattle Pacific University
I’ll read from Raven’s Ladderand talk about where the series is headed in its upcoming final volume.

April 15, 16, 17, 2010
Okay… I’m not on the program at the Calvin Festival of Faith and Writing this year. But you should attend it anyway. Be sure to check in with my dear friend Warren Farha at Eighth Day Books. He’ll probably have a copy of Raven’s Ladderfor you. I’ll miss all of my friends who will be there.

August 1-8, 2010
The Glen Workshop, St. John’s College, Santa Fe, NM
I’ll lead a week-long seminar on contemplative cinema. We’ll look at how the world’s most poetic filmmakers do what they do, and explore different avenues of discussion and personal interpretation.