Grace in the Grotesque: The Mysteries Represented in O’Connor’s “A Temple of the Holy Ghost”

Grace in the Grotesque: The Mysteries Represented in O’Connor’s “A Temple of the Holy Ghost” March 19, 2016 Emma Vinton

[Editor’s Note: In her essay “The Church and the Fiction Writer,” Flannery O’Connor addresses the relation between Catholic dogma, the Catholic writer, and the Catholic reader. She reminds the writer that a fixed dogma is not a limitation on the writer’s observation of life, but an additional dimension to reality. The truthfulness and wholeness of natural events must be presented, however, to observe “what man has done with the things of God.” In order to encourage such writers, she says we need a body of Catholic readers “equipped to recognize something in fiction besides passages that they consider obscene.” Those with a strong faith will not be afraid or scandalized by an honest fictional representation of life, so we must be wary of sectioning off the spiritual from everyday life. “Fiction,” O’Connor says, “is an antidote to such a tendency, for it renews our knowledge that we live in the mystery from which we draw our abstractions.”]

The works of the Southern 20th century Catholic author Flannery O’Connor include everything from murder, mutation, and sickness to redemption, restoration, and grace. Her short story “A Temple of the Holy Ghost,” thought to be her most blatantly Catholic work, is no different. O’Connor uses her signature “grotesqueness” in the character of a Hermaphrodite to symbolize the deep mysteries of the Eucharist, the Holy Spirit, and the human body, and to shock the character and the reader into a realization of grace. The three main parts of the story illuminate the unity between these mysteries, and through connecting them, both character and reader are able to journey towards Christ.

The themes of O’Connor’s works are always Christological and focus on the work of grace in the grotesque, in images and characters so mutilated by the human condition, yet dignified within that condition. The protagonist of “A Temple of the Holy Ghost” is a 12 year-old nameless Catholic girl who has “ugly” thoughts and a wild imagination, but is quite devout at moments. Her two older flirtatious cousins come from their convent school to stay for a few days. In order to entertain the cousins, the mother sends them to the fair in town with two Protestant boys as escorts. The child does not go with them. When the cousins return, they tell the child that they saw a Hermaphrodite at the fair, and the perplexed girl falls asleep pondering the image. The next day they bring the cousins back to school and attend Benediction. The story ends with the girl and her mother driving home and hearing that the fair has been shut down. The images of the Hermaphrodite and the Eucharistic Benediction become central and parallel images in the story.

The first half of the story–before the fair and before the appearance of the Hermaphrodite –prepares the reader for a Eucharistic encounter. The cousins have a “sing-off” with the Protestant escorts in which they sing the Tantum Ergo, a Eucharistic hymn traditionally sung at Benediction. This particular song is symbolic because its verses include both Eucharistic and Trinitarian language, and the words run through the story as the link between the Eucharist and the Holy Spirit:

“Down in adoration falling, lo! the sacred Host we hail…Faith for all defects supplying, where the feeble senses fail. To the everlasting Father, and the Son who reigns on high, With the Holy Ghost proceeding…”

Neither the child nor the reader directly encounter the Hermaphrodite, but must believe without seeing what the cousins tell her, that “it was a man and a woman both” (O’Connor 245). This description is representative of the attributes of God defined in the Catechism of the Catholic Church: “He is neither man nor woman. He has the respective ‘perfections’ of man and woman” (370). The child further wonders how the Hermaphrodite could be both man and woman without two heads. The question reminds us of the hypostatic union: the two distinct natures of Christ– human and divine– together in his one person, one Godhead. When pondering the mystery of what the Hermaphrodite is, “the child felt… as if she were hearing the answer to a riddle that was more puzzling than the riddle itself” (245). The Eucharist is like a riddle, but it is harder still to understand the answer to the riddle, Christ himself.

The male and female attributes of the Hermaphrodite can also remind us of the mystery of the communion of persons in the Theology of the Body. Here, John Paul II analyzes the “great mystery” (Eph. 5:32) of the union of man and woman as related to Christ and the Church, his bride and Body. This union of man and woman in the one body of the Hermaphrodite can lead the reader to a meditation on the connection between the two-in-one flesh attribute of male and female in marriage, the dignity of the body, and the Body of Christ manifested in the Eucharist.

At Benediction during the story’s second half, the Eucharistic connection is made explicit. Benediction—the way we adore the Host by gazing upon it—is a fitting Eucharistic instance to connect with the viewing of the Hermaphrodite’s body. The child puts the two occurrences of the fair and the church together: “They were well into the Tantum Ergo before her ugly thoughts stopped and she began to realize that she was in the presence of God… but when the priest raised the monstrance with the Host… she was thinking of the tent at the fair that had the freak in it. The freak was saying, ‘I don’t dispute hit. This is the way He wanted me to be’” (O’Connor 247-48). The Hermaphrodite has become a symbol of the Eucharist, and therefore, Christ Incarnate. The Hermaphrodite’s words are similar to Christ’s words, “This is my Body, this is my Blood,” and his humility in taking on human flesh. Christ reveals his own Body in the Eucharist, just as the Hermaphrodite revealed its own body.

O’Connor’s resolution to the story is brilliant. The child, and thus the reader, are wonderfully and uncomfortably assailed by Eucharistic and Christological images: “The big nun swooped down on her mischievously…mashing the side of her face into the crucifix hitched onto her belt” (O’Connor 248). After the child’s recognition of Christ at Benediction and her remembrance of the Hermaphrodite, Christ’s suffering is humorously smashed into her face. When the child sees the sun as “a huge red ball like an elevated Host drenched in blood” (248) that illuminates the sky and the road home, O’Connor incorporates even the cosmos into Christ’s Body. Such encounters, though the grotesque, are rich. Christ crucified and the bloody Host of sacrifice are uncomfortable portrayals of the Body of Christ which allow O’Connor to emphasize the passion and the grappling with human sinfulness presented in the setting rather than the rising sun. But the same sun rises again, and the same Cross of suffering is a Cross of victory, a struggle of sin and sanctity, truths grotesque and divine, a Christological cycle.

The mysteries of the faith, especially the Eucharist, are considered grotesque because they are misunderstood and strange. But precisely because of this, they shock those who partake of them into seeing and hearing truth and beauty in reality; into a realization that the human is meshed with the divine. By the end of the story, both the reader and the child have experienced grace and had an encounter with Christ through the understanding that the mysteries are deeply connected. 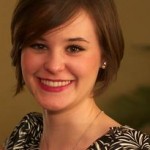 Emma Vinton is a senior studying English at Hillsdale College. She loves classic literature, Catholicism, and all things Dante. 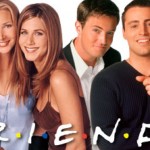 March 5, 2016
I'll Be There for You: How the Power of Marriage Brings about Healing
Next Post

March 25, 2016 Finding Redemption in the Blackness: Good Friday with Solzhenitsyn, Hawthorne, and O'Connor
Recent Comments
0 | Leave a Comment
Browse Our Archives
get the latest from
Catholic
Sign up for our newsletter
POPULAR AT PATHEOS Catholic
1

Eucharist: 10 Early Church Quotes About...
The Pursuit of Holiness
Related posts from Love Among the Ruins 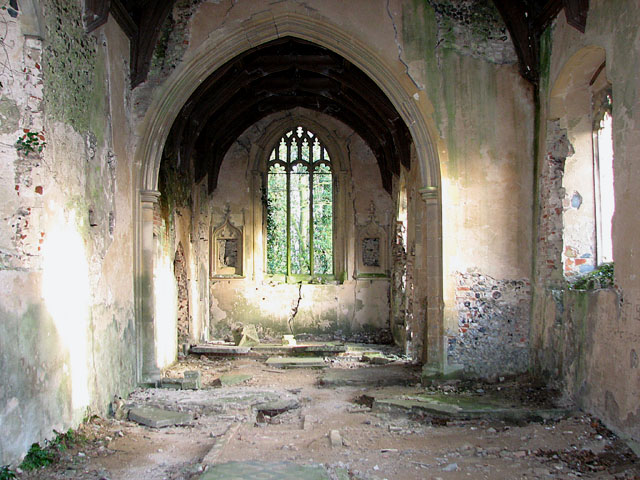 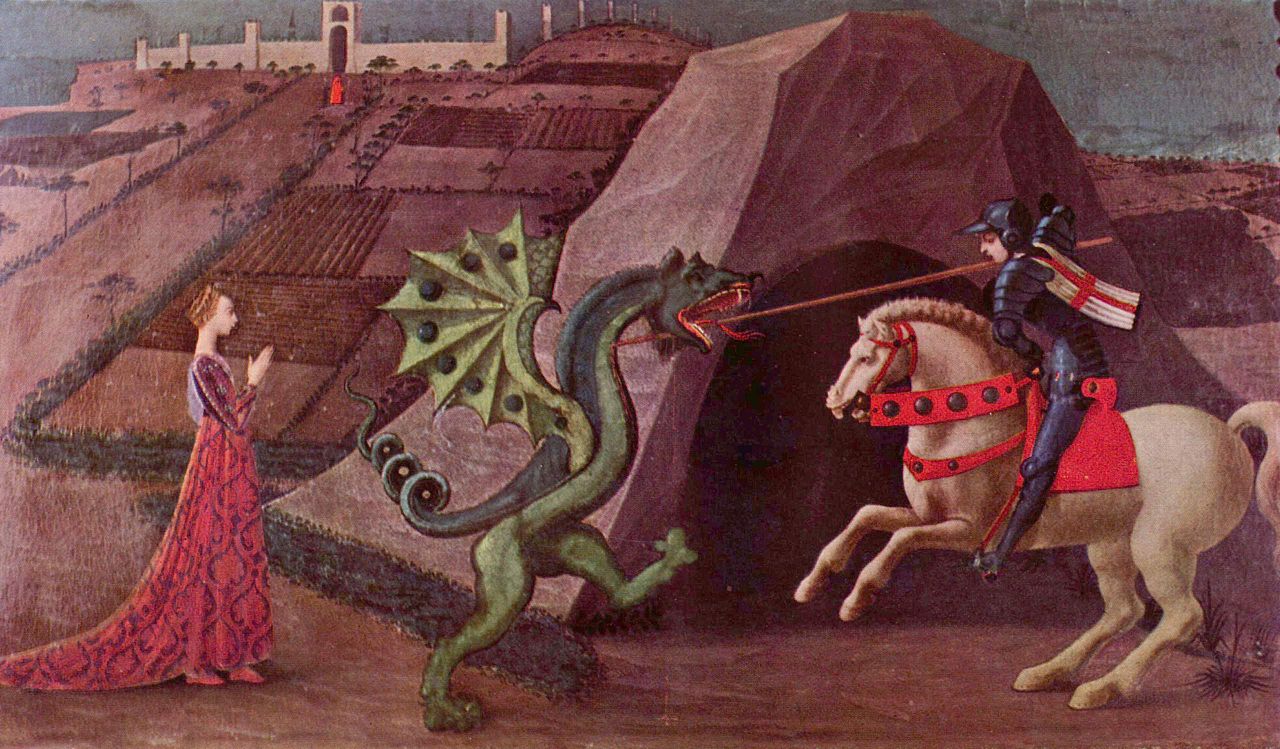 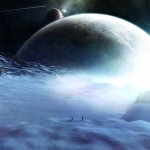