The Creative Industries Have Been Eroded And Undervalued For Years

The Creative Industries Have Been Eroded And Undervalued For Years October 16, 2020 Katie Gerrard

When the news hit last week, the UK Chancellor Rishi Sunak had suggested people in the music and arts industries should just retrain and find jobs in different sectors, it was crushing.

Yet somehow it didn’t seem that much of a surprise.

The idea whole sectors could be erased with little more than a shrug seemed crazy, until you realised the sectors the government were talking about.

Let’s face it, they’ve never had much time for the arts.

When someone retrains, they aren’t just riding out the pandemic in a temporary role until they can go back to doing what they know and love. They’re taking steps to invest in a brand-new future career. How many of those people will return to their sector when the pandemic is over?

Musicians and artists aren’t easily replaceable. You can’t just find anyone who “knows how to draw” or “who can sing a bit”.

These skills aren’t only unique, they’re also developed over lifetimes. It might look like you can stumble onto Britain’s Got Talent after singing into your hairbrush for a few weeks and suddenly discover you’re a star but that isn’t the reality.

The same goes for all creative industries.

And yet many of those who consume art and creativity don’t understand this.

It’s every person who’ll pay £10 to enter a nightclub but won’t pay £2 on the door to see a local band.

The person who searches for a wedding photographer based on the lowest price rather than the best portfolio.

The CEO who baulks at paying £50 to a graphic designer for five minutes work but who spends the same £50 on a few croissants for the team breakfast meeting.

When you pay for a musician or graphic designer you aren’t paying for the time they spend with you, you’re paying for the years they’ve spent honing their art.

That wedding photographer has already worked “for exposure” because they learnt to shoot by being a second camera, the insurance those more expensive photographers invest in just in case.

Creative people already worked for free whilst they learnt their trade. They don’t need exposure anymore. They need to eat.

When most people think about music, writing, and art they see an industry where people fought hard to be noticed. The great myth of being discovered. Working hard and putting the hours in before suddenly being picked up by a publisher or record label.

They assume, now the world isn’t so dependent on big companies, all it takes is talent and a creative person will be noticed.

If you haven’t made it to the top already it’s because you either aren’t good enough or you didn’t work hard enough.

Whilst it’s true to make it big you needed to be picked up by the big names, this in no way meant creative people weren’t paid for their work.

Now the public expects to consume art for free.

It’s not their fault, it’s the myth we’ve been fed.

Keep at it and one day you’ll be paid.

Free at the point of consumption doesn’t have to mean unpaid.

Look at the creativity you consume. How much of it comes from someone who has been paid to produce it.

How does that make you feel? 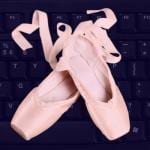 October 19, 2020 When Is Your Paganism Cultural Appropriation?
Browse Our Archives
get the latest from
Manic Pagan Dream Grrl
Sign up for our newsletter
POPULAR AT PATHEOS Pagan
1