I’m an empath. I also grew up with Adverse Childhood Experiences (ACEs) which has created hyper vigilance as an adult. The distinction between the two can be super small and since being diagnosed with Cyclothymic Bipolar I spend a lot of time questioning whether I’m experiencing psychic messages or anxiety.

Through conversations with other empaths I realise it’s often difficult to distinguish what’s intuition and what’s your brain reminding you danger exists.

I’ve spent a lot of time honing my psychic skills and tapping into the web of wyrd. Through my witchcraft and seidr I’ve worked hard to create a link to fate. Yet my anxiety also works hard to stop my doing things which might cause physical or emotional harm.

Deciphering which is my brain telling me I need to protect myself, and which are messages from other realms isn’t always easy.

Particularly as I often muddle the messages I get.

An example of this is two years ago I very industriously stockpiled food and toilet paper as I felt sure Brexit was going to mean shortages in a year’s time. I did it slowly and methodically to not diminish stocks but insisted I could “see” panic buying shoppers leaving shortages.

Instead of Brexit in the Spring of 2020 we ended up with a global pandemic. The food shortages were correct, and I was most jubilant with my dragon hoards of toilet roll and pasta. However, my psychism was incredibly muddled and played heavily on the already existing “but what if I have no dinner?” anxiety which lingers at the back of my mind like a raincloud.

The result was the same – a little backlog of supplies when we needed them.

The problem of not being quite psychic enough is often the shadow of the empath.

During conversations, my empathic abilities mean I’m listening not only to the words but also to the energy people put into them.

It’s hard to explain, other than reality is one colour and lies are another. When a lie isn’t quite so simple, as in the person is not believing the words they’re using, or they aren’t sure what they’re saying is correct, it’s more complex still. This kind of conversation becomes almost like a filter overlay.

Most of the time I notice the colour being very slightly off and I file that conversation away for later. This is perhaps why empaths and highly vigilant people are excellent at recalling the things people told us years ago but can’t necessarily remember what socks we put on this morning.

As a hyper vigilant person my brain is always on high alert. It’s searching for danger whether that be an inconsistency or an out and out lie.

My empathy means I notice things maybe others don’t, but my hyper vigilance means I also seek them out. Just in case.

Therefore, it’s hard to tell whether something I’m picking up is useful or relevant to my own life.

As empaths we’re aware not everything is our business.

As hyper vigilant people we sometimes don’t remember it’s not all about us.

Some words I pick up as the wrong shade really aren’t any of my business. For example, if someone has a traumatic event on their mind when they’re talking about something else, I don’t need them to share that with me. It doesn’t make them shifty or devious or a danger, it makes them a human being with a lot on their mind.

However, if I can’t “see” what I’m picking up on it can make me anxious or feel uncomfortable in the company of that person.

As someone with mental health difficulties sometimes it’s also hard to distinguish reality from the fears and self-criticism my brain is throwing at me.

“That person doesn’t like me” can mean anything from they’re deliberately undermining me to they’re a little envious of my perceived confidence.

Which is why I find dealing with narcissists particularly difficult.

But what’s not quite so well observed is empaths, due to their ability to read people and situations, also make master manipulators.

Most of the time their superhuman ability to feel other’s emotion means making someone else sad stops them in their tracks. But when in conjunction with a narcissist it’s harder to read a situation for what it is.

If lies are one colour and the truth is another, what narcissists say often appears like an overlayed filter. It confuses empaths so much because the narcissist isn’t giving all the usual signs of lying, and yet the words are not truth.

That’s why gaslighting is so confusing to empaths, but also why it’s so emotionally draining and anxiety spiking talking to friends who are hiding things from you. It’s like dealing with narcissists.

Hyper vigilance makes things even harder because your brain picks up on the overlay colour and then begins to seek out the lies in every conversation you have with that person.

Empathy created the ability to “see” a hidden or untrue concept, but hyper vigilance created an issue, because most people are hiding something. Once we start anxiously searching for the lies in every conversation, we’re going to send ourselves crazy.

Then how can you distinguish between hyper vigilance and empathic intuitiveness?

Analysing conversations whilst you’re having them is too much effort for even the most industrious of brains. The only time this is helpful is if you’re spending an hour or so interviewing someone. As a recruiter I can tell you, even then, some of your intuition you’re going to need to file for later.

When you have time to consider the words which peaked your flag response, first think about whether it reminds you of a similar occasion.

The brain loves to find patterns. It’s how we stay alive. It reminds us, this is a road, the last time I walked over it a car appeared at super speed round the corner. I need to be quick just in case it happens again. Our brains remind us the last time we ate chicken we had a bad belly, this time we’ll double check to see if it’s pink.

This is especially true of bipolar brains. I have so many phobias I couldn’t begin to list them, and mostly not as any result of the subject having ever been dangerous to me. The brain finds channels and fills them with pointless anxiety. For no good reason.

Therefore, think about what your intuition is trying to tell you. Is this a pattern you’ve seen before? Does it necessarily link with this situation or is your brain simply reminding you of possibilities?

Whether it’s hyper-vigilance or empathy, look at the results each time.

Start noting down your thoughts and intuitions along with your analysis and see what patterns form.

For me, my intuition is always sparked for good reason. The more anxiety associated with a situation or conversation, the more reason I have to dig deeper and investigate.

I no longer ask, “am I being over-cautious?” at the first trigger.

However, I am aware, empathetic questions about truth do have the ability to spark hyper vigilance in me which needs mentally switching off, or at least down, if only to not exhaust me on a day to day basis.

I’m also often completely wrong about the source of the danger and that’s something to be incredibly careful about.

Once I find the source of the anxiety spark, I’m normally able to dial down the hyper vigilance and continue.

However, often, I need to accept the best way to deal with this is to remove myself from that situation. 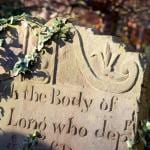 November 18, 2020
Working With The Dead During The Pandemic
Next Post

November 24, 2020 One God Plus One Goddess: Do We Need To Painstakingly Invoke Gender Binary Anymore?
Browse Our Archives
get the latest updates from
Manic Pagan Dream Grrl
and the Patheos
Pagan
Channel
POPULAR AT PATHEOS Pagan
1

Mabon: The Most Pressing Issue of...
Raise the Horns
Related posts from Manic Pagan Dream Grrl