My Gods Are Not Vehicles For Hate!

My Gods Are Not Vehicles For Hate! January 7, 2021 Katie Gerrard

We’ve all seen the scenes from Washington, a self-titled shaman prancing about in animal skin and buffalo horns in the name of Trumpism.

I won’t repeat the commentary from people who know far more about the politics and situation than I do. Instead, I’ll say my thoughts are with you America and I’m as shocked and disturbed by the images as you are.

And I’ll turn my attention to what I do know about, heathen religion and Nordic deities.

I don’t identify as Heathen (or indeed as Wiccan). I’ve never really found a name for what I believe and how I work so tend to use the general terms Pagan and Witch.

Heathenry always seemed more about ceremony and less about magic.

White male heathen pedantry also does the religion in general a huge disservice. Yes, I know this saga says this and Snorri said that and there’s no evidence for the other. But I don’t feel the need to jump on anyone else living their lives and worshipping their gods in the ways which work for them.

Whilst I don’t identify as heathen, I do work with the Norse gods, in particular Odin and Freyja

It breaks my heart to see Odin associated with racism and white elitism.

I won’t use the word supremacy because there’s nothing supreme about believing yourself to be superior.

They aren’t the alt-right, they aren’t supremacists, and they certainly aren’t nationalists. The American nation was built from a free and equal ideal. They are racists.

The symbols these thugs are using are misappropriated and taken out of context.

The Viking age Norse were a welcoming and diverse culture. In my experience the Nordic deities are not interested in what race, gender, or sexuality you are.

Odin is worshipped (I hate that word, but it explains things well) by so many people across the world. The people using his name for hate speech make up a tiny fraction of the energy he represents.

The valknut tattoo that adorns the buffalo buffoon is a symbol of Odin. It represents binding and removal of fear and loosening of the stress anxiety which causes you to freeze. It has nothing to do with racism.

Thor’s hammer, as most people will remember from Marvel films, also has nothing to do with racism or hate.

I have a favour to ask – if you see Odinism, heathenry, or Nordic paganism being associated with racism please ensure you speak out about all the diverse and accepting people for whom these symbols mean so much.

I realise to many people it may seem easier to just drop the offending markings, but this could move onto all runes and also the name of one of my patron deities. These are sacred to me, to lose them to hate and ignorance would be gutting.

Would you denounce or hide your relationship with your god because of the actions of a few in their name? 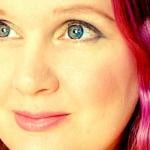 January 4, 2021
There Are Too Many Words for Fat In My Vocabulary
Next Post 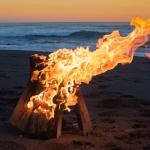 January 8, 2021 2021 Reborn From the Flames: Resilience And Goal Setting In A Changing World
Browse Our Archives
get the latest from
Manic Pagan Dream Grrl
Sign up for our newsletter
POPULAR AT PATHEOS Pagan
1

Ground and Out: Bouncing Back from Ritual Hangovers
Feeling woozy once the magic is through? Me too! So here are...
view all Pagan blogs
Copyright 2008-2021, Patheos. All rights reserved.