What our fathers were help shape us today.

The influence of these things are too hard to count and impact us and our children. 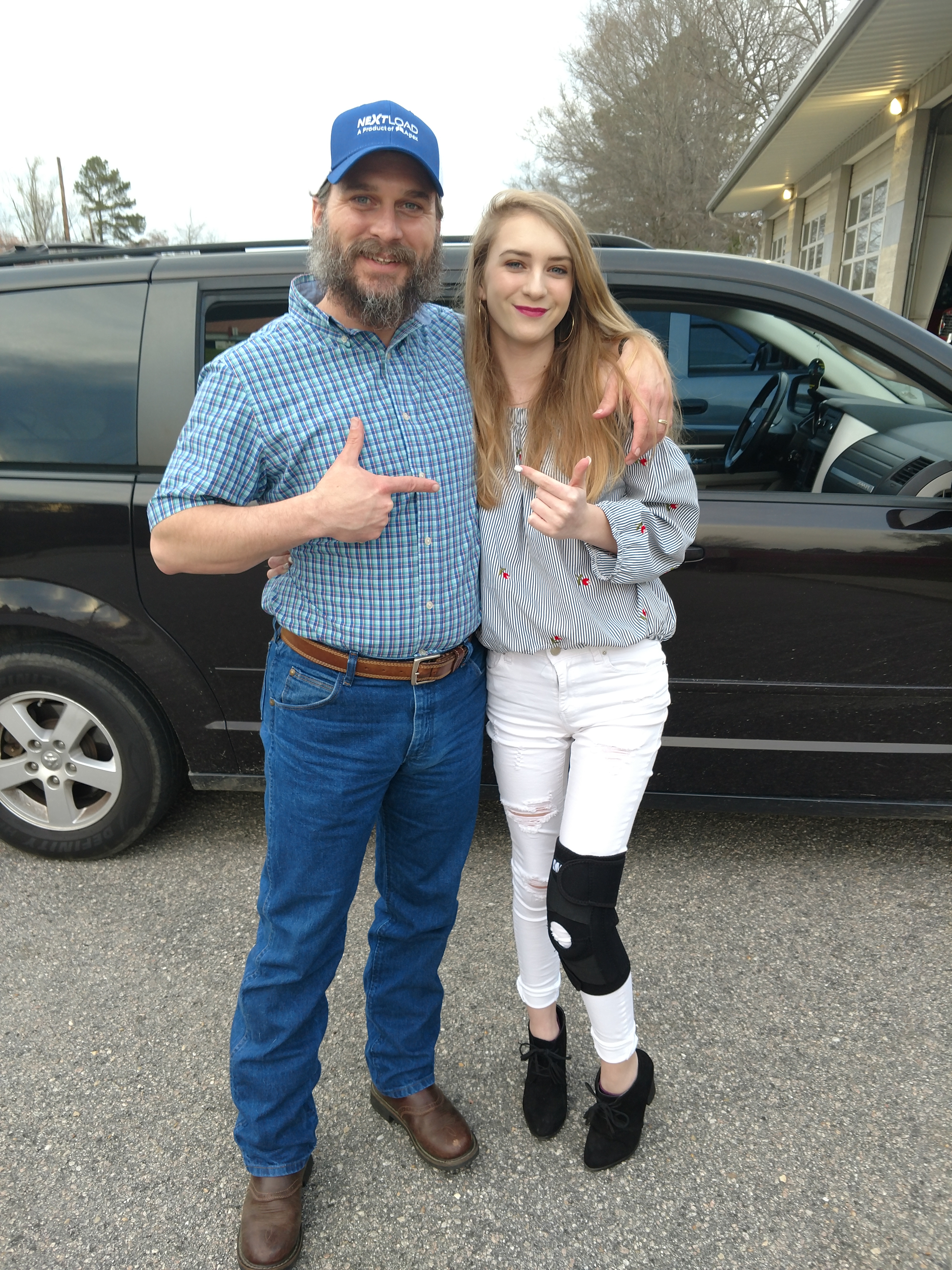 My father was a lot of things and those things have taught me many lessons that have helped me in the path I’m on now.
My father was raised by the Greatest Generation. His parents were raised during the Great Depression, a time when hard work is what got you food on the table. They turned into survivors of WWII. His father marched across Europe with Gen. Patton’s 3rd Army. This taught him to serve his country in times when it may not be popular. His father was a man of great faith that served the church and the community. He was a man of few words, but said what he meant and meant what he said.

My father, from the influence of his father, was a Marine. He voluntarily enlisted in the mid 1960’s when it was unpopular to do so. He understood the value and necessity of service and sacrifice. You can not say “was” when referring to someone as a Marine other than to say they were in the Marines. The value he placed on service led him to being active in the volunteer fire service and later as a paramedic.

My father is faithful.

He saw his parents weather life’s storms and observed their dedication to the marriage covenant. He has remained faithful to my mom, his wife, for over 50 years. It’s a quiet, no fuss dedication that he has lived with out wavering. Despite many hardships and disagreements the one thing my siblings and I knew was dad was going to take care of mom first.

My father is devoted to the gospel. Even through the years when he worked a schedule that had him out of church for months his devotion was known. Those he worked with knew by what he would and would not tolerate. His devotion was on display for the years when he led youth groups. His devotion was made known to us by what he allowed us to watch and listen to. I still remember the bible he used that has notes in the margins and highlights in it. I didn’t know he read it that much until I was looking through books on the bookshelf and opened it. He made sure we went to church with mom with no fuss. Today he attends a prayer group every morning. 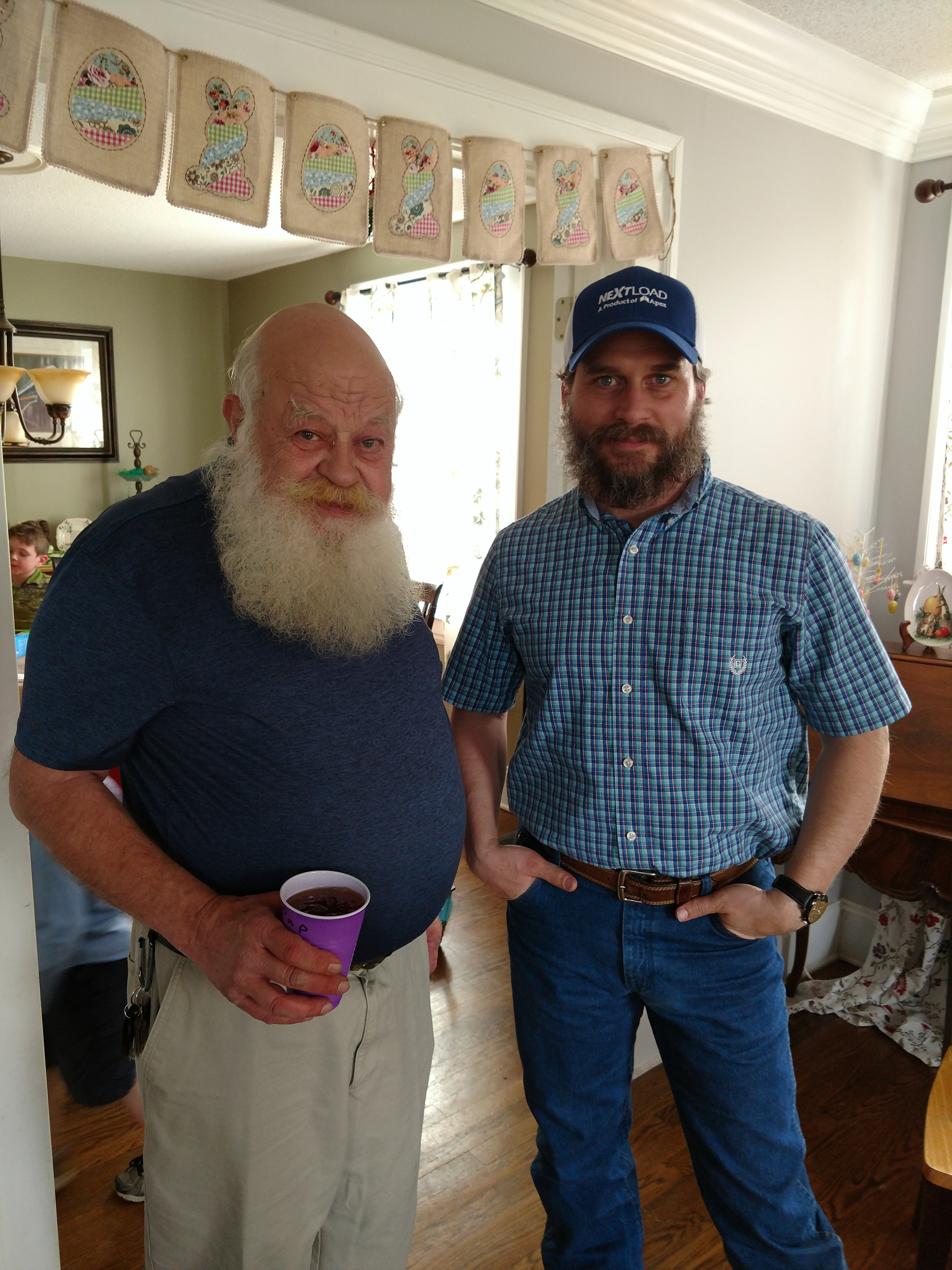 He was, and still is, a hard worker. He worked in the steel industry in fabrication, sales and welding before coming into management. When the steel industry in Pennsylvania collapsed he found himself, like thousands of others, unemployed. That didn’t stop him from seeking out work. At one point he worked three jobs to make ends meet. In each job he worked hard, was early and professional. He built a reputation that has benefited his grandson in his chosen profession. I remember my dad coming home from one job, sleeping a few hours and going to another. After that he would study for his paramedics exam and work another job. After he was a full time medic he would work over 90 hours a week and still find time to teach classes.

My father is humble, well as much as can be expected by a dad. His humility is in his 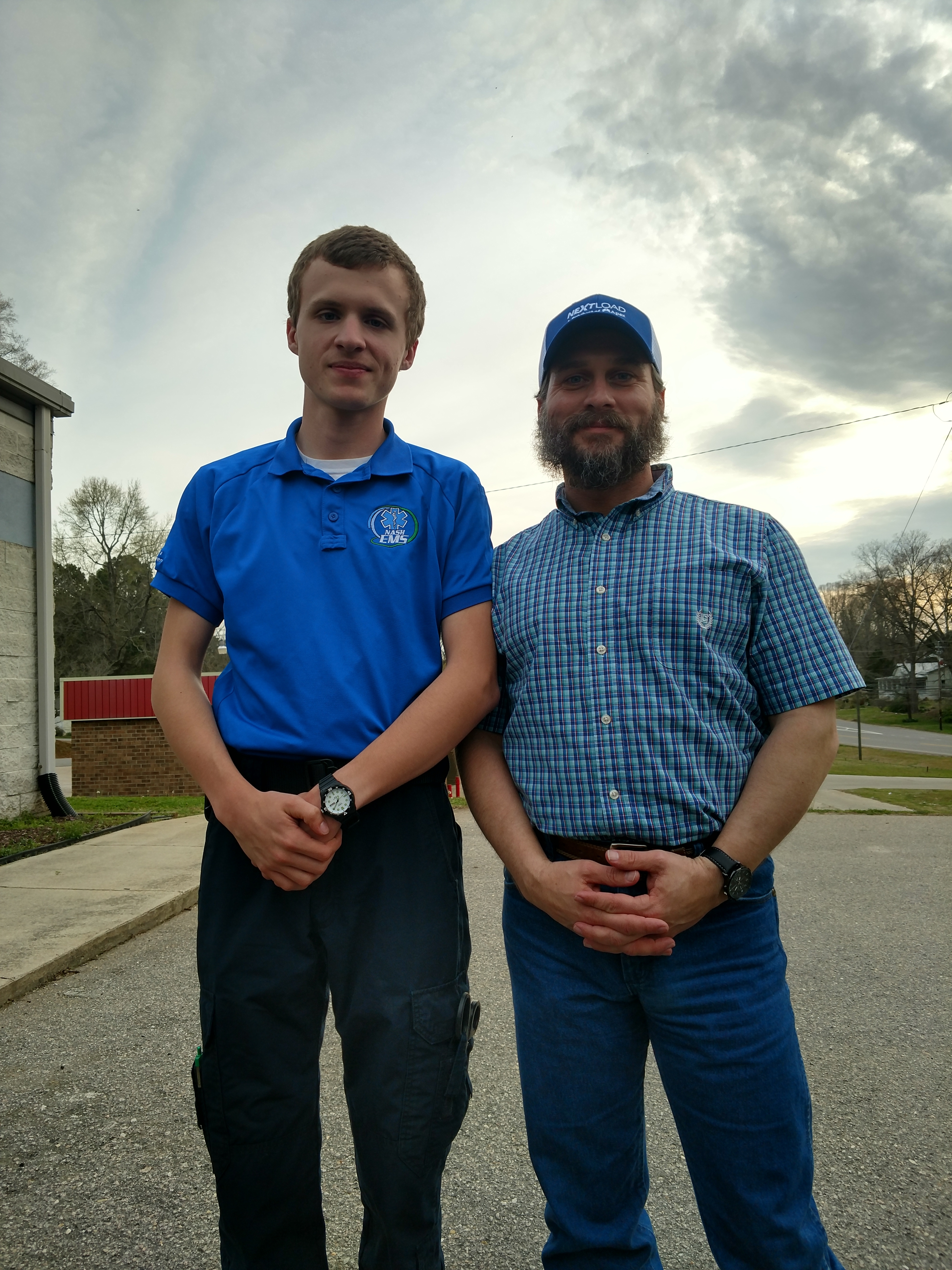 lack of bragging about his accomplishments. He carries pride in them, but doesn’t boast about them. Some may think his outward appearance of self confidence is arrogance, but it is just confidence. Confidence born of making it though Paris Island and being involved in things of success and surviving hardship. Confidence that comes from skills gained by experience and knowing he was responsible for people living when it looked like death was the only option. Yea, like many dad’s he jokes about his ability to be right all the time except for the one allotted mistake a year, but as you grow older you learn to see through that kind of humor.

A Legacy for many

These attributes were on display throughout his life as a Marine, welder, salesman, manager, security guard, volunteer fireman, EMT, youth leader, Paramedic and now retired with a part time job. But, more importantly he is a man of God, husband, father and grandfather who has built a reputation and left a legacy while still alive for future generations.

bio:
Andy is a follower of Jesus, a husband, father and Marine vet. He is ordained, and has been pastored, discipled, and taught at home and in domestic missions. Andy has hosted a radio show and co-hosted a second on the same station. He has led men and mentored boys through Royal Rangers. He is currently working with Transportation Nation in building a segment on their network titled ” In God We Truck ” to evangelize the trucking industry. ( by the time this is posted In God We Truck should be up and running. The projected start date is the first week of April ).

May 17, 2019
Get Rid of CRITICAL MUCH Once and For All - by Susan Hamilton
Next Post

5 Sexy Ways to Get Your...
Ashley Willis
Related posts from Manly Training Ministries

Family
The Path to Becoming a Man in just...
Manly Training Ministries

Family
The Best Way to Become the Man of...
Manly Training Ministries

Family
Where do The Amazing Dreams that Mother's Dream...
Manly Training Ministries
TRENDING AT PATHEOS Family